Best Places to Be Rich and Single 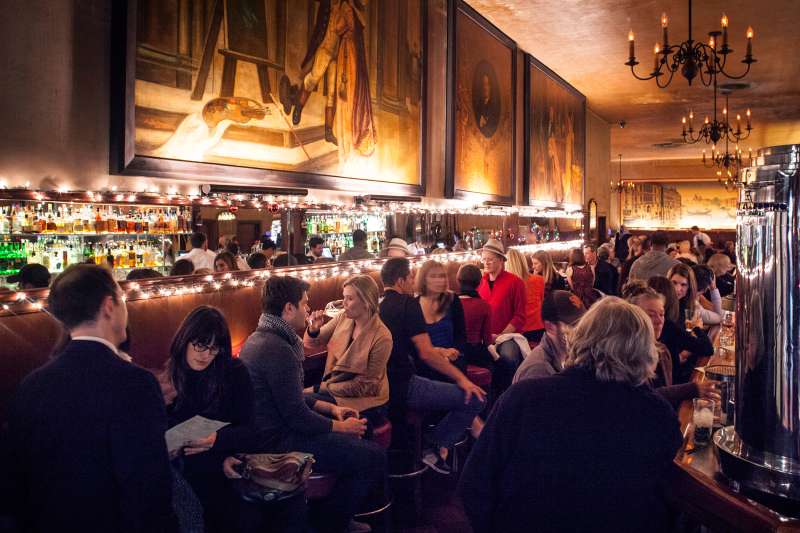 Money can’t buy you love, but the costs of dating in a big city certainly add up quick: The urban premium for dinners, cocktails, wardrobe refreshes, movie tickets, and matchmaking services can take a real toll on your wallet.

It helps if you live in a metropolis where dating pools and incomes are bigger than average. That way you (or at least your prospective dates) have a better shot at being able to foot the hefty bill for a night out on the town.

In that spirit, Money examined big American cities with more than 300,000 people where the population of unmarried people is above the average of 40%. Then we zeroed in on cities where median household income is also above the urban average of $50,787.

These are the top 5 cities where it’s great to be rich and single. Note: We limited the results to one per state, based on highest incomes and largest populations of unmarrieds—we make no promises about youth, attractiveness, or social skills.—Susie Poppick

While San Francisco can be a pretty challenging place if you are strapped for cash, it’s a virtual playground if you’ve got a full wallet.

Median incomes are a bountiful $78,832, thanks in part to the city’s proximity to high-paying Silicon Valley jobs. And residents have plenty of ways to blow through cash. There are catamaran cruises, archery fields and rock climbing for outdoorsy types, and romantic dinners at joints like Tosca, where you can spend upwards of $700 on a bottle of wine.

With 47.2% of the population unmarried, it’s certainly not hard to find a date. As in Seattle, that’s particularly true if you’re a heterosexual woman, since single men vastly outnumber women.

With the most singles on our list—57.1%— Washington, D.C., can sometimes feel like a bit of a meet/meat market, for better or worse. Roll in a healthy median income of $69,632, and you’ve got tinder for some outsized date-night spending.

There are plenty of restaurants, like Mark Kuller’s Estadio, where well-off diners can woo potential mates over foie gras and fine wine. Others might start their nights off low key, with some shuffleboard at H Street Country Club, and then ramp things up with an obscenely priced cocktail at Heist. Or at least an unreasonably priced one at the Rye Bar.

While the overrepresentation of male workers in Seattle’s tech industry means finding a date is harder for (straight) men than women, the sizable 43.5% single population means there’s a big pool in which to go fishing.

Plus, generous salaries from employers like Boeing, Microsoft and Amazon have contributed to residents earning a higher-than-average median income of $66,745. More disposable income means more to spend on Seattle’s plethora of leisure activities, like romantic—and expensive—boat rentals.

You can find many of the city’s singles strolling through the walkable waterfront neighborhood of Belltown, where nightlife and other amenities are easy to come by, or playing happy hour giant Jenga at the Pacific Science Center.

With an outsized 56.4% single population, Beantown is brimming with romantic potential—and the city’s comfortable median income of $57,170 means your date might actually be able to pay for those Red Sox game box seats (or, eventually, the ever-popular stadium scoreboard marriage proposal).

On clear nights, singles mingle over post-work drinks at popular rooftop bars like Market, or seek refuge from the New England rain at the Institute of Contemporary Art.

Those looking to impress potential mates with glamorous duds can go shopping for clothes on Newbury Street—which is lined with stores, restaurants, coffee shops and romantic date spots to boot.

Austin’s large unmarried population—42.9%—owes partly to its many college campuses, but the city is much more than a big university town.

Its healthy median income of $56,645 and low unemployment rate (3.3% in June) is supported by top employers, including tech companies like Dell, IBM, Apple, and AT&T. Projected job growth for the next five years is more than 13%, according to Moody’s calculations.

With hundreds of live music venues and loads of outdoor diversions at their fingertips, Austin’s singles have plenty of fun places to spend their money. Residents go dancing at the Continental Club, flock to the courses at popular Peter Pan Mini Golf, and get dinner, drinks, and a movie all in one place at the Alamo Drafthouse Cinema, where servers bring beer and food straight to theater seats.