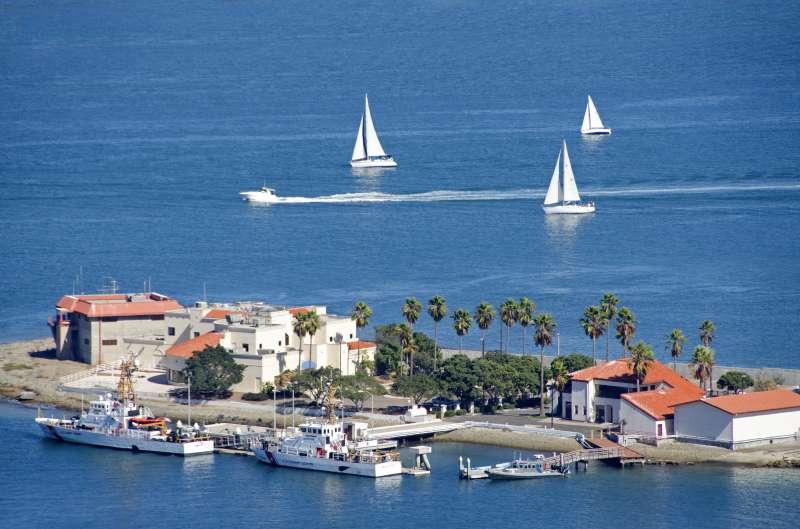 Want to wake up to a nice day each morning? San Diego is the place for you.

That’s the finding of a recent analysis by real estate site Zillow, which crunched weather data to find out which major cities had the highest number of “pleasant” days per year.

Zillow used data from NOAA’s Global Summary of Day data from 1996 to 2013 to create their ranking, and checked each city’s weather conditions against their definition of pleasant, which was:

The Best of the Best

After running the numbers, San Diego came out on top with 261 pleasant days a year, or roughly 72% of the time. That’s the best out of the 25 most populous cities. Some of the results aren’t that surprising—stop rubbing it in, California—but there are a few counterintuitive picks.

For example, Seattle ranks seventh, despite it’s reputation for dreariness. (Zillow believes this is because their model doesn’t screen for cloud cover.) And as a native New Yorker, I’m a little surprised to see the Big Apple so high on the list considering its hot summers and occasionally crushing winters — but maybe we’ve all just gone soft.

But while San Diego has the most nice days out of all the big cities, it doesn’t have the nicest weather if you include the whole country. That title goes to Hermosa Beach, Calif., which has 282 nice days per year. In this town of 19,000, it’s beautiful more than 75% of the time.

Worst of the Worst

What about the least pleasant places to live? The big city with the worst weather is El Paso, Texas, with just 54 pleasant days per year. (Not surprising considering that the average temperature tops 88 degrees during five months of the year). When you take out big cities, Zillow found areas in Alaska, Montana, and Nevada had the fewest days with enjoyable weather.

Actually, not enjoyable is an understatement. The worst town on the list, Homer, Alaska, had only 10 nice days per year, meaning the weather in Homer is unpleasant 97% of the time. When we take out Alaska — because who expects it to be pleasant in and around the Arctic Circle anyway? — Battle Mountain, Nevada, wins the worst weather competition with just 11 pleasant days per annum. Based on the town’s name, that sounds about right.

Kelly Nortion, a designer and software engineer working out of North Carolina, did a similar analysis earlier this year (Zillow credits Norton with the idea for their own project) and got similar results. (Zillow’s findings were more generous—potentially because of slight methodological differences in how both parties matched weather stations to locations).

Nortion’s interactive map is available here and well worth checking out as it lets you locate your own zip code and even breaks down which months have more pleasant days than others. Zillow has its own interactive map which is embedded below.

Want to mess with the data yourself? Zillow has released the code it used to do its analysis along with instructions on how to replicate their methods. If you find anything cool, let us know!