How Does Obamacare Work? 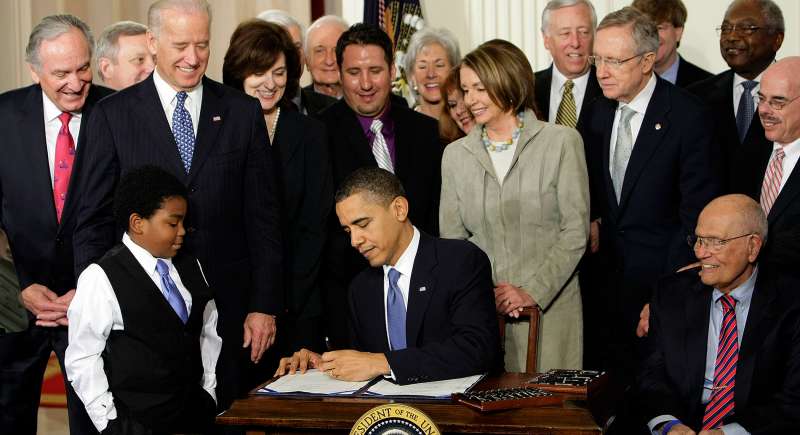 Obamacare is the name people use to describe the sweeping health reform law that created new responsibilities and protections for pretty much everyone, including individuals, employers and insurance companies.

The Patient Protection and Affordable Care Act of 2010, as it’s officially called, aims to shrink the number of people without health insurance and ensure everyone has access to good coverage, among other things. Under the law, most people are required to have health insurance or pay a fine, and insurers have to take all comers, even if they’re sick. Employers with 50 or more workers have to offer plans that meet minimum standards for quality and affordability or face a penalty.

The law also expanded eligibility for Medicaid coverage to adults without children who make up to 138% of the federal poverty level (about $16,000). But following a Supreme Court decision, states get to decide whether or not to expand coverage; 32 states have done so to date.

For people without on-the-job coverage, the law created health insurance marketplaces where consumers can buy plans from private insurers or sign up for Medicaid. Small employers with up to 50 workers can generally buy coverage through the marketplaces too. Plans sold on the marketplaces have to at a minimum cover 10 services that are considered essential, including hospitalization, prescription drugs, and doctor visits, and insurers can’t charge people higher premiums because they have medical conditions that might make them more expensive to insure.

The federal government provides premium tax credits to people with incomes up to 400% of the federal poverty level (about $47,000 for one person or $97,000 for a family of four) to buy coverage on the marketplaces, and subsidies to reduce deductibles and other out-of-pocket costs for people whose income is less than 250% of poverty (about $29,000).

Employer and marketplace plans alike have to cover preventive care, including recommended cancer screenings and vaccines, without charging consumers anything. The law also eliminated annual and lifetime dollar caps on benefits, and set a dollar limit on how much people can be required to pay out of pocket in total each year for health care they get from providers that are in their insurance network.