Before You Take an Early Retirement Buyout, Complete This 6-Step Checklist 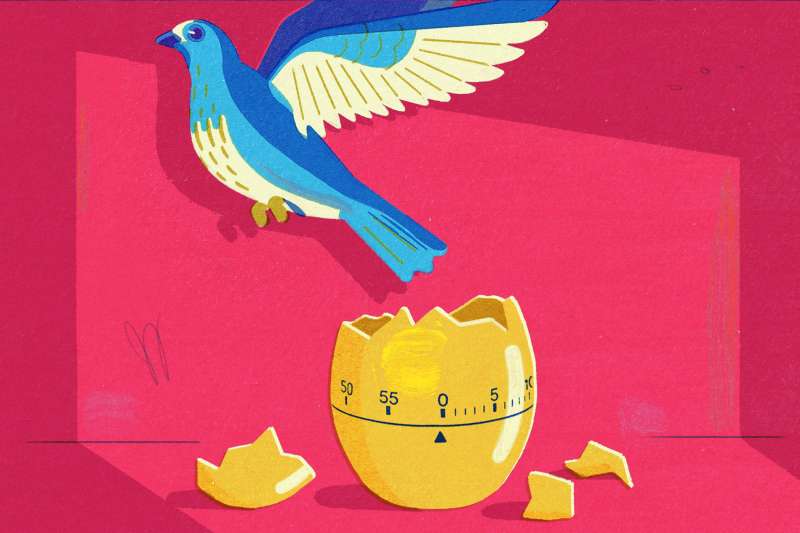 Airlines are trying to convince thousands of their workers to take early-retirement buyouts as they search for ways to cut costs in the face of still-weak demand. What’s more, the pandemic-induced recession is likely to lead to a larger wave of voluntary separation — i.e., buyout and early retirement— offerings from employers. If you’re over 55, have been with your employer for more than a decade and/or if you’re one of your company’s top earners, you might be facing a buyout offer in the near future.

Financial advisors say they’re seeing a wave of clients coming to their doors, severance offers in hand, wondering what to do next. “I’ve had about 10 of these meetings in the last week,” says Dana Levit, owner and principal of Paragon Financial Advisors in Newton, Mass.

Whether or not an early retirement buyout is the best financial choice for you depends on your current and future spending, your living expenses, as well as big-ticket obligations like a child’s college education. It also depends on how close you are to retirement and how easy you think it will be to find a new job — or even if a new job is in the cards at all.

Thinking about retirement, but not sure when's the right time? Talk to a professional today!
A financial advisor can help you get your finances in order and plan for the future. Click on your state to get started.
Get Started

Of course, turning down an early-retirement offer is no guarantee you’ll keep your job, either. The unpredictable nature of COVID-19 — and some public health officials’ concerns about a potential resurgence of the disease — might make your job less secure than it was six months ago.

Financial advisors say if you meet the following conditions, using the pandemic to kickstart your retirement might be a good move.

No two voluntary separation offers are alike. “Some are very extensive and include ancillary benefits that include money that could be used for financial or legal services. I’ve also seen buyouts that are really weak and don’t even include health care,” says Melanie Kahrs, wealth manager at Campbell Wealth Management, in Alexandria, Va.

This means you need to read the fine print, but it also means you have room to negotiate more favorable terms like an extension of health care benefits or a spread-out distribution to mitigate the tax hit. All of the financial planners Money spoke to emphasized that everything from the amount you’re offered to what (if any) benefits are included is negotiable. Remember, you might be getting a big chunk of cash, but your employer is also getting something out of this exchange by freeing themselves of your compensation costs.

You Can Afford to Stop Working

“The best buyout offer is one that can bridge the gap between now and when you want to be able to retire,” says Luke Lloyd, an investment strategist with Strategic Wealth Partners in Independence, Ohio.

Many people taking buyouts don’t think of them as an express lane to retirement, but in this economy, you should prepare for that possibility. Depending on your industry and your age, it might be tougher than you expect to jump back into the ranks of the employed. “Ask yourself, what’s the worst case scenario? What if I never went back to work?” Levit says.

And if you plan to take a buyout and keep working elsewhere, you’ll also want to check any non-compete clauses you might have signed, which could prohibit you from jumping over to a competitor for a set period of time. (This also is something you might be able to negotiate to have waived, though.)

You Have a Plan For Your Financial Future

If you get a lump-sum buyout offer (the most common option today, according to financial planners interviewed by Money), develop a detailed plan for what you’re going to do with that money before you have it in hand.

Calculate your current and expected future expenses, then work backwards to see how much income you’ll need to generate. Social Security only replaces about 40% of the average worker’s earnings, and if you’re younger than 59 ½, you’ll have to wait until then to begin tapping your 401(k) without incurring a penalty. (Also, advisors recommend putting off tapping those two income sources for as long as possible to yield maximum returns.)

Conventional wisdom says that you can draw down 4% of your portfolio a year, but if you’re retiring early, you run a higher risk of running out the assumed, 30-year time horizon on that equation. If you’re more than a few years before your intended retirement age, consider also that you won’t be contributing to your 401(k) anymore, so future gains there will only come from growth in your existing contributions.

You Have (or Can Carve Out) a Cash Cushion

While six months’ worth of expenses might be a good emergency savings cushion for workers, the math changes if you’re no longer earning a paycheck. What’s more, recent market volatility means you’ll want a bigger buffer to avoid having to sell assets if stocks are tanking.

“How much do you have in cash or liquid assets?” Levit says. “If people are walking into this invested 100% in the stock market and this buyout is all their cash, I’d say not to invest it, because they’ll need something to live on.” In this current market climate, she recommends that families keep three years’ worth of expenses in cash.

And while it’s common for people to take a portion of a lump sum to pay off credit cards or other big debts, Levit doesn’t recommend paying off your mortgage early. “It’s very, very difficult to get money back out of houses, so I tend to hold onto cash and not pay off mortgages,” she says.

You’re Ready For the Tax Hit

A lump-sum buyout that doubles or triples your income for the year is likely going to mean a big bump in your tax bill, so factor that into your budget.

There are a couple of ways you potentially can spread out or mitigate the tax bite. Both of these tactics can lower your total tax bill come April, and might keep you out of the highest marginal tax bracket, as well.

Your employer might give you the option to put some of your buyout money into a tax-deferred account like a 401(k) or a Health Savings Account (HSA). Keep in mind that a 401(k) will probably leave you with more limited investing options than an IRA — if you want the flexibility to pick and trade stocks, the tax deferral might not be worth it. Or, Lloyd suggests asking if your company is willing to spread out the payment over several years, although there is some risk if the company collapses within that period, since buyouts don’t come with pension-like protections.

Make your retirement plan work for you by investing in a Roth IRA.
Roth IRAs allow you to save money for retirement, while providing the flexibility that traditional retirement plans lack. Click below to learn more.
Get Started Today

For many people, health insurance will be the single most important deciding factor when weighing their voluntary separation options. Some buyout packages include a set amount — typically a year — of continued health coverage. Either when you leave or when that extra health coverage runs out, you can access COBRA for up to another 18 months — although you can expect to pay double, if not more, for the same coverage since you’ll also be paying the portion of your premium your employer used to contribute.

If this still doesn’t bring you to 65, the age at which you can get health coverage through Medicare, you’re going to need a plan for health insurance, which will probably be via your spouse’s employer, healthcare.gov or your state’s individual marketplace. Since the cost of continuing your current coverage and what’s available in your state make it difficult to estimate a rule of thumb that will work for everyone, you’ll want to do some research to figure out how much you have to allocate per year until you hit Medicare eligibility.

Looking for a temporary health insurance solution to help you bridge the gap?
Stay covered during these extraordinary times with a short-term policy. Click below to get a free quote now.
Get a Free Quote

Boomers Are Postponing Their Retirements Due to Coronavirus. Here’s Why That’s a Good Idea