The 3 Essential Elements for Giving the Absolute Best Holiday Gifts 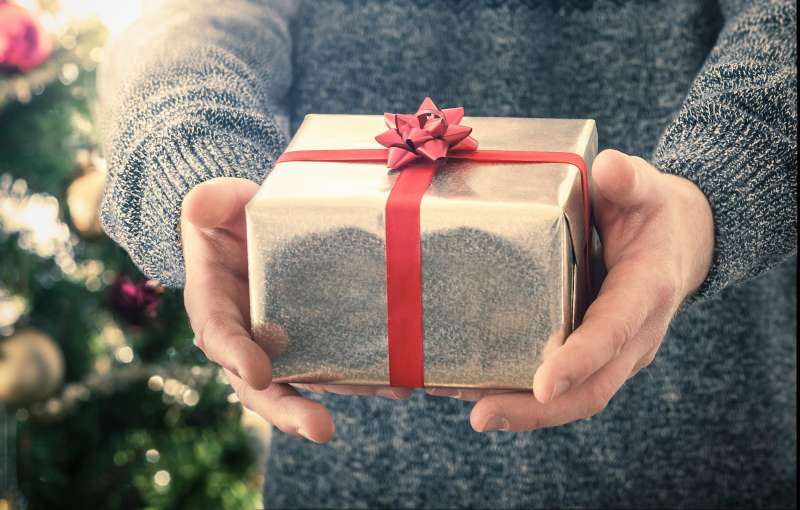 Margaret, an 81-year-old woman I spoke with while conducting research in my field of consumer psychology, has received plenty of holiday gifts in her time. The one that stands out as her favorite is a flower box her son David installed on the balcony outside of her room after she moved into assisted living housing a decade ago. “David came up with the idea on his own and surprised me with it,” said Margaret. “I hadn’t realized how much I missed my garden until he installed it, the whole thing made me so happy.” Years later, the “whole thing” still makes Margaret happy — she beamed while telling me the story.

Margaret’s son captured what I think of as the magic trifecta of the perfect gift: generosity, insight, and emotional impact. (The latter usually comes in the form of surprise.) Gifts can be great with one or two of these elements, but they won’t get into the world-class memorable category without all three. Here’s a closer look at each element so that you can be a master class gift-giver this holiday season too.

This is not about how much money you spend. Generosity is about selflessness, with more concern for the happiness of the recipient than for reciprocity or reward. To be fair, money is indeed a coveted, valuable resource, and those who are generous with their funds have a leg-up on landing in the world-class gift category. But in today’s increasingly unfocused, go-go world, an equally valuable resource is our time, attention, and care.

Judith, who is short on cash but not on imagination, is giving her sister the gift of her time and effort this Christmas. She’s wrapping and shipping all of the presents her sister is giving to other people—over 50 gifts in all. Judith anticipates she’ll spend about $40 on wrapping supplies, but that’s a small part of the equation. The real gift is that Judith is giving up two full days to handle the project that her sister needs help with. “The thing is, my sister is impatient,” said Judith. “She can’t sit still long enough to do a nice job on the wrapping. We’re all so busy this time of year but I can do this for her and it’ll be a big help.”

I don’t mean to give short shrift to expensive gifts: Unexpected credit card payoffs, fancy furniture, coveted jewelry, and the like have been lauded as the most memorable, appreciated gifts ever received by some of the consumers I’ve interviewed. But diamond earrings, new cars and computers have also landed on Worst Gift Ever lists because they were basically given for the benefit of the giver rather than the recipient. Generosity is about an eagerness to give 100% for the sake of someone else’s benefit — not your own.

The ability to empathize and truly see the (often secret) cravings and needs of another person is a rare and valuable gift in itself. To have that insight brought to life with just the right holiday present is an essential component of a memorable and world-class gift experience. David imagined that his mother might be missing her garden, and his gift not only brought flowers back into her life but also demonstrated his interest in and attention to the details of her life. Likewise, Judith saw her sister’s situation, and a need her sister might not have even recognized in herself. Insight is thoughtfulness with a boost because it’s built on a foundation of empathy — or the ability to understand someone else without layering on your own opinion (aka: judgment).

One man I spoke to named Jeff does not see the value of jewelry. “So much money for something so little,” is his assessment. But he bought his girlfriend a special diamond heart pendant for Christmas anyway, because he understands how much the gift would mean to her. “She went on a ‘Bewitched’ marathon last year and commented on witch’s heart necklace a few times,” said Jeff. “I swear, she wasn’t just dropping hints, she’s direct. This will be a surprise, a good one.”

The last element of a world-class gift is emotional impact. It takes a jolt, a thrill, a shock, or a moment of deep emotional intensity to sear a gift into memory. Psychologically, the mismatch between what’s expected and what actually happens is the foundation of memory.

When it comes to memorable gifts, that mismatch usually comes in the form of surprise. Which explains why the tradition of gift-wrapping and waiting remains such an important aspect of holiday gift-giving. Anticipation adds to the emotional intensity of a gift too.

The unexpected gift creates outsized emotional impact — like the trip to New York that Selina’s partner surprised her with last year for Christmas. “I’ve been talking about New York for years, suddenly we’re going!” said Selina.

Keep in mind that there’s a dark side to the power of emotional intensity to cement memories. Awful gifts can be even more unforgettable. In fact, a healthy percentage of the people I’ve interviewed are unable to remember a single lovely gift they received the year before but can describe in vivid detail the acne kit or posthole digger an inconsiderate friend or family member gave them.

A gift that’s generous, insightful, or particularly surprising can each be wonderful in its own way. But a truly memorable, world-class present will have all three components. Even Santa’s unlikely to have the bandwidth to deliver on all three with every gift, but for the special people on your list, it’s certainly worth trying to hit the magic trifecta.

MORE: Worst. Gift. Ever. The 6 Kinds of Presents You Should Never Give