House hunters rushing to lock in record low mortgage rates likely have a bit more time to shop thanks to a pair of announcements from the Federal Reserve this week.

On Wednesday, the Fed’s policy makers said they would maintain the near zero interest rates instituted earlier this year, indicating they expect to keep rates at basement levels through 2022. In its statement, the Fed also said that it would continue aggressively buying government and mortgage-backed bonds at a steady rate to keep markets functioning.

The measures are the most extreme since the 2008 financial crisis and were first announced in mid-March, as steps to limit the spread of the coronavirus wreaked havoc on U.S. businesses and kept house hunters on the sidelines. By reiterating its commitment to these tools, the Fed is indicating that the economy may take longer to recover than hoped, but is also showing that it will take extraordinary measures to help consumers.

“It’s bittersweet,” says Ralph McLaughlin, chief economist at home investment startup Haus. “It means there is concern about the U.S. economy’s ability to take off.”

That was certainly the message the stock market took. The Dow plunged more than 1,800 points on Thursday as investors reacted to the Fed's decision and a spurt of new COVID cases around the country.

Is now the right time to Refinance?
Find out if refinancing makes sense for you. Click your state to view local rates.
View Rates from Quicken Loans

What the Fed's move means for mortgage rates

Low rates from the Fed do mean some good news for homeowners: Mortgage rates are likely to remain near record lows for an extended period. (For the week ending June 11, the average interest rate for a 30-year fixed-rate mortgage was 3.21% with 0.9 discount points paid.)

"The risk of rates trending higher, which is something we were facing no more than a week ago, has almost disappeared," said Zillow Economist Matthew Speakman.

The expansion of the bond buying program, known as “quantitative easing,” also means that people who want to take out a new mortgage or refinance an existing one should be able to, since mortgage lenders will have an easier time selling on mortgages.

“The Fed’s statement essentially stated they are not going to rock the boat,” wrote Sam Khater, chief economist at mortgage giant Freddie Mac. “The Fed’s stance is positive news for the housing market and allows mortgage rates to drift lower since they have room to decline given mortgage spreads.”

What Khater means by “spread,” is the gap between the 10-year Treasury yield and 30-year mortgage rates. Mortgage rates are not directly tied to the federal funds rate, the short term rate the Fed controls. Instead mortgages tend to move in step with the 10-year Treasury note, which responds quickly to Fed statements, since most homeowners typically move or refinance within a decade.

That said, some economists do not expect mortgage rates to sink much lower than they are right now since most mortgage lenders are already operating at capacity. Others warn the record low rates are not available to everyone.

“The rates that we are talking about are the average rates. They apply to your most vanilla loans,” says Speakman. Think 30-year loans for people with excellent credit and who can make a 20% downpayment. “For others, it is still really challenging to get that credit.” 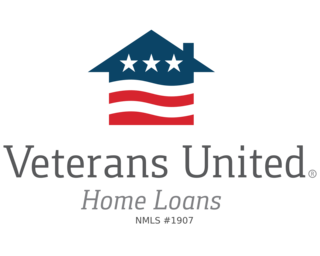 The Dow Just Fell 1,500 Points. Here's How to Protect Your Investments Against Stock Market Volatility

A First for the Housing Market: Mortgage Rates Below 3%