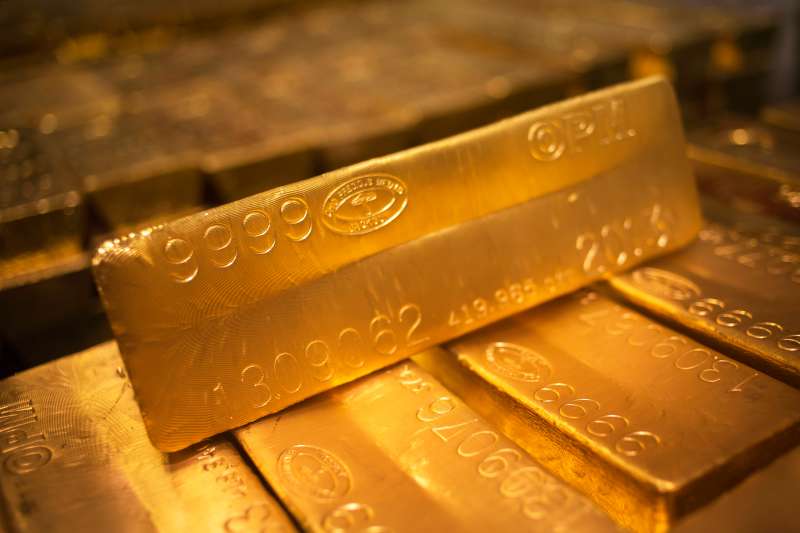 Gold is starting to shine again.

What gives? The move is likely one of the ripples markets have been feeling in response to the European Central Bank’s decision to start buying tens of billions of bonds each month in an effort to stimulate the European economy. While the decision was announced Thursday, investors had been anticipating it for weeks.

Unlike another commodity that’s been in the news—oil—gold has little intrinsic industrial value. But since everyone regards it as precious and has for thousands of years, investors often see it as the ultimate safe place to park cash when other markets look iffy.

It should be no surprise the ECB’s recent move fits that bill. The move was generally well received. The U.S. stock market, for instance, rallied more than 200 points on the news. But this kind of bond buying program is still something new. While the Federal Reserve, the U.S. equivalent of the ECB, successfully implemented its own bond buying program several years ago, there’s no guarantee the latest attempt will work, and there are likely to be unpredictable side effects.

We’ve already seen one. Witness last week’s sudden 30% jump of the Swiss franc when the Swiss central page decided to stop fixing the franc’s value in euros. Investors flooded into the currency in part because it’s seen as likely to hold its value, whereas the ECB’s bond buying is actually meant to produce some inflation in the countries that use the euro. (Currently, the chief worry in the eurozone is deflation, or falling prices.)

The upshot is that while investors are cautiously optimistic, some want to hedge their bets, and gold is one way to do that.

Does it make sense for you? Probably not. It has gotten easier in recent years for small investors to hold gold with the advent of gold-oriented exchanged-traded funds like SPDR Gold Shares (GLD). Some financial planners have taken to putting a small portion of their clients’ assets, say 2% to 5%, in such instruments to guard against the kind of volatility we are seeing right now.

But if gold’s uncertainty-driven rallies can be dramatic, so can the reversals. In late 2011, when markets were still reeling from the financial crisis, gold traded at more than $1,900 an ounce. The Federal Reserve’s own bond buying program, whose second round had kicked off a year earlier, was a big factor in the run-up. Eventually, however, the economy regained its footing—and the inflation many gold fans feared failed to show up. By 2013 gold was back down about where it is today.

And remember, unlike stocks, which represent a share of a company’s profits, or bonds which pay interest, gold doesn’t produce any future wealth, which makes it hard to say what a fair value for it would be. Its jumps in price generally reflect changes in politics and market psychology, which are hard to predict. In the long run, gold isn’t likely to do more than keep up with inflation. Add in trading and investment management costs and most long-term investors are better off just riding out the market’s ups and downs.