How You Can Get "Peace of Mind" Income in Retirement 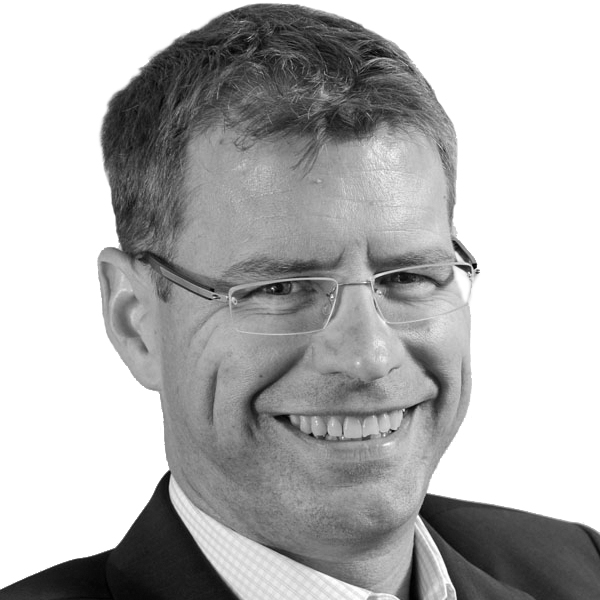 For pre-retirees seeking steady income in retirement, one of the most popular options today is a so-called bucket strategy. And for good reason. Retirees like the security it offers. But bucket strategies can differ widely—some work well, while others, not so much. In fact, one version of this approach could lead you into a retirement trap.

I'll tell you the best way to use a bucket strategy and how to avoid missteps. But first, here's how buckets work:

In the simplest form of this strategy, your investments are divided into two portfolios or buckets. The first holds enough fixed-income assets, such as money market funds, CDs and bond funds, to finance the first 10 to 15 years of withdrawals. The second invests the remaining funds in equity assets, typically stock funds and individual equities, which are intended to replenish the first bucket and finance your later retirement years. Sometimes these two buckets are subdivided, so you might have four or more buckets, but the overall strategy and structure remain the same.

Retirees, understandably, value the peace of mind of a bucket strategy. Their first years of retirement income are tucked away in guaranteed or relatively stable assets that aren’t subject to stock market volatility. They also take comfort knowing that poor equity returns in their early years of retirement won’t affect their future income, since there is time for their second bucket to recover.

You should realize that this same peace of mind could be achieved without designating buckets. A retiree who diversified her nest egg into the same fixed income and equity mix, and who likewise began drawing income from the fixed-income portion, would end up with the same result. Interestingly, there is no published research that a bucket strategy increases either the success rate, ending value or sustainable withdrawal amount, assuming the choices for initial allocation, rebalancing and withdrawals are the same. In reality, a portfolio—however organized—can do no more and no less than the sum of its parts, as shown here.

Another reason that buckets are a bit oversold: the major risk that they are designed to protect against—an early bear market—is often exaggerated. Many retirees could make small adjustments to their spending, while keeping their retirement assets in the same investment mix, and do just fine. Both a recent article and some research from last year addressed how overblown this risk can be when evidence-based decision rules about withdrawal amounts and portfolio allocation are used, buckets or no buckets. That said, however, for many retirees, the psychological comfort of a buckets framework is valuable.

About that trap: if you set and forget those buckets, you could put your portfolio at risk. Say a retiring couple has a $500,000 nest egg and wants to withdraw 4%, or $20,000, in the first year, with annual inflation increases. Using a simple two-bucket strategy, they would put 12 years of income, or $240,000 in the first bucket. This would hold fixed-income assets with yields that would match inflation—but no more—to minimize risk. The remaining $260,000 of their portfolio is invested in U.S. and foreign stock funds.

Now let’s assume that they put their plan on autopilot and let things run their course for four years. By 2018 their $240,000 "safe" bucket stands at $173,000, which will last another eight years. And the $260,000 in equities? Consider three possible four-year scenarios:

The trap? By failing to rebalance regularly, the couple is very likely to see their portfolio's stock portion soar, which will make it far more volatile—even with a 3% return, stocks grow to 63% of their nest egg in just four years. Clearly, waiting 12 years to replenish your fixed-income assets would be dangerous and foolish.

Of course, rebalancing, which requires you to trim your winning investments and buy more of the laggards, can feel counterintuitive. But what if the bad-start scenario had gained 30% after two years before falling 40% in the next two (-6% annualized return)? Retirees who refilled after Year 2 would have 5% more total assets after the crash. Or imagine the low-positive case that now has markets at all-time highs amid concerns they are overvalued. And what if Year 5 of the good-start began with a 20% correction?

The key to avoiding the trap is to review your portfolio annually, however many buckets you hold. Choose allocation rules and withdrawal policies to guide your responses to what you find. And if markets are severely out of whack, that's an opportunity to rebalance—either by replenishing the safe bucket to the 12-year income level that was so comforting to begin with or by putting more money in bargain-priced stocks in the second bucket. Then the peace of mind that your retirement income plan provides can truly be well-deserved.

Jonathan Guyton, CFP is a nationally-recognized financial planner and a retirement columnist for the Journal of Financial Planning. A Principal at Cornerstone Wealth Advisors, a fee-only advisory firm in Minneapolis, he can be reached at jon@cornerstonewealthadvisors.com.