How Much Is the iPhone 11? A Quick Guide to Apple's New Products and Which Models Are Cheapest 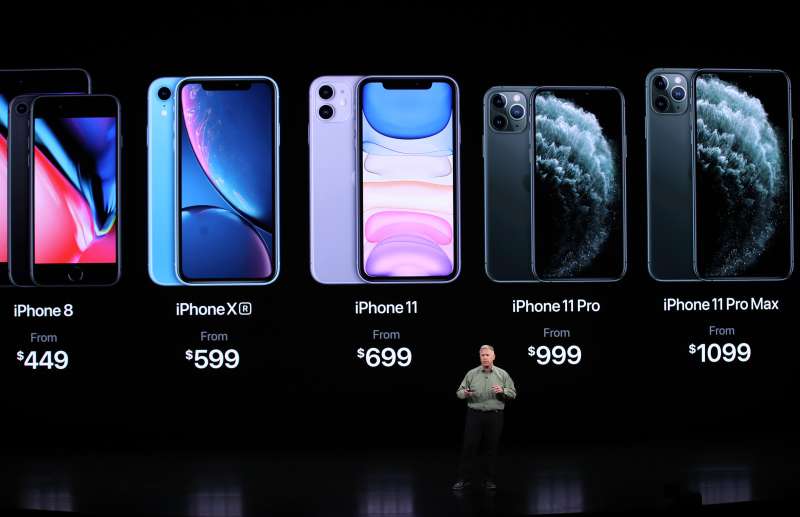 Apple unveiled three new iPhones on Tuesday, as usual capturing the world’s attention with enticingly updated features — namely the phone’s camera capabilities this time around. Investors seemed to be especially impressed with Apple’s announcements and new lineup of products: Apple stock rose about 3% on Wednesday.

The most advanced versions of Apple’s new smartphone are the iPhone 11 Pro and Pro Max, which boast an impressive triple-lens system camera. The regular iPhone 11 was updated to a dual-system camera. All versions of the phone now have a “Super Retina XDR” display, and the cameras have updated features like ultra wide, wide and night mode.

The regular iPhone 11 comes in six colors, and Pro and Pro Max are available in four. Apple says the new phones are water resistant for up to 2 meters and 30 minutes. iPhone 11 will run on an A13 chip, which the tech giant says is the “fastest chip ever” in a smartphone. Extended battery life was also touted as an improvement.

There was some fun for Millennials and Gen Z, too: The internet was abuzz with the phrase #slofie on Tuesday, as one of the newest features Apple rolled out is a slow-motion video feature for selfies.

Other announcements from Apple focused on its soon-to-be streaming video and game services, a new trade-in service for iPhones, and updated models of the iPad and Apple Watch. The new streaming video service, called Apple TV+, will normally cost $4.99 per month (less than half the price of Netflix), and it will be free for one year for customers who buy a new Apple device.

Most of the new generation products are available for pre-order beginning Sept. 13 and officially go on sale in stores Sept. 20.

Here’s how much it will cost you to nab one of the latest iPhones and what Apple’s other new products and services will cost you:

"The Morning Show" will be an Apple TV+ exclusive.
Courtesy of Apple