Tech Stocks Have Had a Great Run. Is It Too Late to Invest? 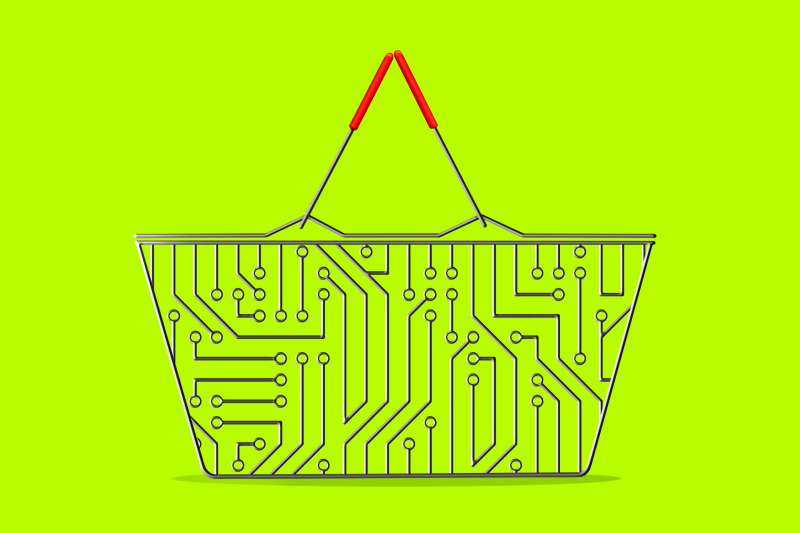 Companies like Facebook and Amazon may have dominated your screen time when stay-at-home orders were put in place. They’ve also dominated the market.

Stocks’ recovery since their plummet this spring has been led by the FAANG stocks — Facebook, Amazon.com, Apple, Netflix and Alphabet (Google’s parent company) — which, plus Microsoft, make up about 23.5% of the S&P 500 by market cap, according to S&P Dow Jones Indices. Most made headlines again in recent weeks for blowing past Wall Street’s earnings estimates.

With tech all the rage, you might be wondering: Is there still room for me to invest?

Experts say yes, as long as you consider your risk tolerance and are selective.

Luis Strohmeier, partner and wealth advisor at Octavia Wealth Advisors, says he is still recommending big tech stocks — but not for investors with a short outlook. Short term, these stocks might see a correction following their growth; anything can happen right now, he says. But long term, “these are great places to put your money.”

“Who’s going to go against these companies?” Strohmeier says. “Big tech is here to stay and probably grow over the years.”

Of course, with so many investors piled into large-cap tech stocks, there is risk with investing in the giants. Savita Subramanian, head of U.S. equity and quantitative strategy at Bank of America Merrill Lynch, says that every investor cohort the company tracks — individual investors, hedge funds, etc. — is quite overweight, and in some cases record overweight, in these stocks. The worry? A change that could shift leadership to elsewhere in the market, Subramanian says. For example, if interest rates move higher, then banks do well. If oil prices move higher, then energy stocks could benefit. And a big one: a vaccine for COVID-19 could be good for all stocks that would benefit from economic recovery and a return to “business as usual,” Subramanian says.

However, if you have a longer-term horizon — and are willing to stomach a bit of volatility around that risk — Subramanian doesn’t see anything wrong with owning these stocks.

“For the long term, these stocks aren’t going away,” she says. “They have real earnings.”

In fact, some of the threats you likely think about when it comes to these companies — increased regulation and anti-monopolistic polices, for instance — could be negative in the short term but eventually positive, she adds. On the regulatory front, some of these companies have come under scrutiny when it comes to data privacy and consumer protection rights (remember the Cambridge Analytica Facebook scandal?). But long term, regulation can actually be net positive in that it provides a “moat around the industry,” Subramanian says.

“For tech companies, their biggest threat is new entrants,” she adds. “If they’re more regulated, that actually creates a barrier to entry for new entrants.”

Regarding anti-monopolistic policies, there’s the impression that these companies have gotten too big and they’re unfair players within the competitive landscape. Just last month the CEOs of Apple, Facebook, Amazon and Alphabet (Google) testified in Congress that their businesses aren’t anti-competitive monopolies. But some analysts have pointed out that for some of these companies, they’re actually worth more than their current valuation today, so a potential break up would actually be “oddly beneficial,” Subramanian says.

When speaking on Bloomberg TV last year, Scott Galloway, a professor at New York University’s Stern School of Business, said that when looking at the breakup of AT&T and eBay’s spinoff of Paypal, “In almost every instance, maybe not in the short term, but in the medium and long term, the aggregate value of the spun companies is much greater than the original conglomerates.” So those individual companies made more value for shareholders once they were no longer part of the conglomerates. An example of a current subsidiary of one of the tech giants is Amazon’s cloud computing platform Amazon Web Services (AWS). Last year, Morningstar estimated that AWS has a standalone valuation of around $550 billion.

While some are concerned a return to business as usual could hurt the tech stocks that have done well recently, others say pandemic-induced trends have opened up the doors for growth elsewhere in the tech sector.

“Going forward, it is going to be a very different economy than the economy we are used to,” says Andrea Bevis, senior vice president, UBS Private Wealth Management. “The pandemic has permanently affected consumer behavior and consumption habits.”

And because the tech sector is a primary beneficiary of many of the stay-at-home trends that are in place, “we do believe it will continue to dominate,” Bevis adds. But selectivity within the tech sector is key. So rebalance and reposition out of names in the tech space that have rallied considerably over the past three to six months and into sectors where there is further potential for growth, she says.

One of those areas is health-tech.

“Before, virtual telehealth appointments seemed like this reality far in the future,” she adds. “Now, that’s the primary way many people are speaking to their doctors.”

One attractive company in the subsector is eHealth, says Lamar Villere, portfolio manager of the Villere Balanced Fund. The company primarily helps older adults find the right Medicare Advantage plan. It functions as a broker, but one that is focused on moving customers to the web, which significantly improves margins, Villere says.

And UBS is bullish on digital data as an investing theme given the increase in work from home activity. E-commerce and fintech companies that are also among UBS’ most preferred themes.

Looking at fintech, Strohmeier likes Square and banks that have been investing in financial technology, like Bank of America and J.P. Morgan.

“A big part of successful investing is finding growth in the valuations you’re comfortable with,” Villere says.

While growth investors are more focused on income statements and how revenues and margins are going to grow over time, they need to look beyond that to valuation metrics like the price-earnings ratio relative to growth, he says.

Investing During Coronavirus: How to Win by Focusing on the Losers

Best Cash Back Credit Cards of 2020