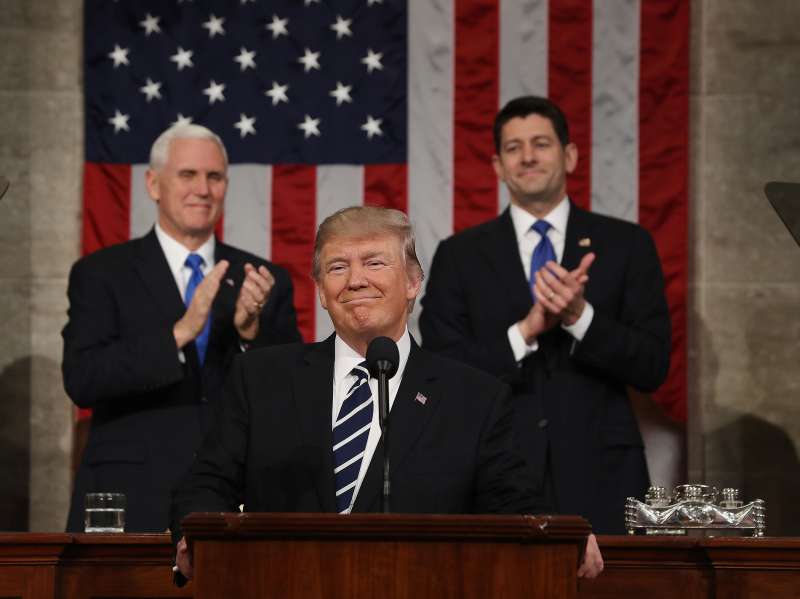 The Obamacare replacement plan that House Republicans advanced this week isn’t just a bid to revamp health coverage. For some well-off Americans, it is could also serve as the first installment of big tax cut under President Donald Trump.

The proposal which cleared the key House Ways and Means Committee Thursday morning, called the American Health Care Act, would undo tax hikes on the wealthy that the Affordable Care Act had put in place to subsidize health care for lower-income Americans.

Much of the debate about the replacement plan so far has centered around hot-button issues like who might lose medical coverage and what future coverage might cost. But with hundreds of billions of dollars in federal revenue at stake, the plan should also be viewed as the first step in the big tax overhaul that President Trump and House Speaker Paul Ryan promised during the fall campaign. Their effort to cut taxes is expected to kick into high gear after some resolution on health care.

“The tax cut is going to be major, it’s going to be simple and the whole tax plan in wonderful but I can’t do it until we do health care,” President Trump said last month.

Among long-promised tax cuts included in Monday’s health proposal, the bill would eliminate in 2018 a pair of Obamacare tax hikes known as the “net investment income tax” and the “Medicare surtax.”

Those moves are sure to be cheered by affected taxpayers. They could save individuals making more than $200,000 and couples earning more than $250,000 hundreds or thousands of dollars a year. At the same time, however, those tax changes may make it harder for the Republican bill to offer health care subsidies that are as comprehensive or generous as those consumers have enjoyed under Obamacare.

How the tax cuts work

American wage earners have long helped cover the cost of Medicare, the government-sponsored health program for the elderly and others, by paying a 2.9% payroll tax in conjunction with their employers. (The employer and worker each pay 1.45%.) The Affordable Care Act imposed an additional 0.9% of pay surtax on taxpayers with income above $200,000 for individuals and $250,000 for couples.

Eliminating these taxes would be a boon to wealthy taxpayers. Last year the nonpartisan Tax Policy Center estimated that axing the two provisions would mean an average tax cut of roughly $570 a year for those earning $209,000 to $292,000, the 90th to 95th percentile of earners. For the top 1%, who earn $699,000 and up, the average tax cut would amount to roughly $35,000 a year.

The revenue at stake

But while those taxpayers would save money, the cuts would crimp government receipts, making it hard for Republicans to avoid criticism their plan is stingy. In all, the sprawling Affordable Care Act imposed 20-odd tax hikes amounting to $500 billion over 10 years to help pay for expanded health coverage, according to Americans for Tax Reform, a taxpayer advocate. The two surtaxes on high earners were the two largest components–forecast to raise more than $200 billion of that total in new revenue.

In other words, unless Republicans end up coming up with a different tax hike replacing the two that their proposal would eliminate, the lost revenue means the government might have to borrow to pay the nation’s health bills–or offer low and middle-income Americans who currently benefit from Obamacare subsidies less generous assistance.