Your College Classes May Be Online This Fall. But Don't Expect Cheaper Tuition 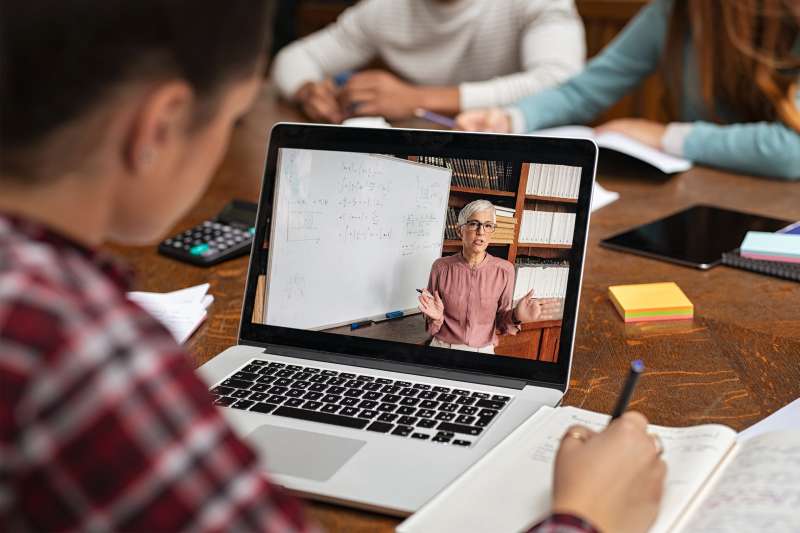 California State University made waves last month when it announced the majority of classes at its 23 campuses would be offered online this fall. In the days following the news, students — and in some cases, the parents paying for their education — took to social media asking if CSU would be lowering tuition since “online is cheaper.”

Seventy-nine percent of students said “no” when asked if tuition for online or hybrid classes should be the same as it would be for fully in-person classes, according to a recent survey from Niche. Some academics have also argued that the coronavirus will even help lower the cost of higher education as institutions are forced to adapt their business model to virtual classes. And last week, the student government at University of North Carolina-Charlotte passed a resolution urging campus leaders to offer discounted tuition to students who are enrolled fully online.

So should you expect a lower bill this fall if your college moves all courses online? Not necessarily, experts say.

A Student Loan can cover your college expenses and get you across the finish line.
Get the help you need with a Student Loan. When tuition and other expenses are covered, you can set your sights on graduation day. Make it happen by clicking on your state.
Get Started

The perception that online classes should be cheaper is due to a number of factors. Some public institutions have made a name for themselves by offering affordable online degrees (and even then, online programs are not significantly less expensive than in-state tuition for in-person classes).

“Institutions like Arizona State University and Southern New Hampshire University that have built business models around online education have done so by achieving economies of scale and investing in national marketing campaigns in a major way,” says Justin Ortagus, an education professor at the University of Florida. “This is not a viable strategy for most universities.”

The rise of Massive Open Online Courses (MOOCs) — those low-cost open access courses that were pitched as a way to make higher education accessible to all — has also given the impression that online learning should cost less.

“Students ask themselves: ‘Why would I pay thousands of dollars for classes I can take free on Coursera?’,” says Aswin Pranam, who teaches continuing studies online at both Stanford University and Brandeis University.

But the reality is that well-designed online education can actually cost more than its face-to-face equivalent, especially at the beginning.

“High-quality online courses require a substantial amount of time to develop before they can be offered for the first time, and that personnel time adds up,” Ortagus says. In addition to the costs associated with new technologies and online course materials, those courses require contributions from a variety of people, including instructional designers, content experts, production specialists, multimedia specialists, and additional support personnel, he says.

In the current COVID-19 world, many higher education institutions are also facing unprecedented revenue shortfalls and they have to pay salaries and infrastructure costs regardless of their fall opening plans. Salaries and benefits comprise, on average, nearly 55% of four-year colleges’ total expenses, according to government data.

“Their fixed costs don’t disappear just because students are away from campus,” Pranam says.

The consensus is that families aren’t likely to see discounted tuition this fall if their campus goes virtual. Online courses can cost less per student, Ortagus says, but only if they have large enrollment numbers or are offered consistently over time so that colleges can recoup the initial cost of developing the course. That’s not something that’s going to happen overnight — or by August.

At the same time, it’s reasonable not to pay fees for campus facilities such as recreational buildings that students aren’t able to access, which will be another hit to institutional revenue, Ortagus adds.

Many students felt left behind when their high schools and colleges abruptly switched to remote learning in March. Many teachers and faculty had no prior experience teaching online and at best had a few weeks over spring break to redesign their classes. As Robert Dammon, dean of the Tepper School of Business at Carnegie Mellon puts it, “not all online education is created equally.” What students — and the parents who were helping them — experienced this spring was an emergency response to a global pandemic.

“Whatever they did in the classroom, they just did on Zoom,” Dammon says. “That’s completely ineffective in many ways for online education.”

Based on his experience at Carnegie Mellon, Dammon says that the most effective model is a combination of asynchronous individual learning, synchronous online discussions with active learning, and ideally, some form of face-to-face interaction. But that model isn’t cheap. Class sizes need to be kept small and faculty may actually spend more time interacting with students.

“There are no economies of scale,” Dammon says.

Thomas Waite, CEO of K16 Solutions, understands why parents don’t want to pay $50K a year for their students to sit in the basement and attend ‘Zoom University.’

“Zoom may be remote learning, but it’s not online education,” he says.

Waite adds that institutions should be clear about what kind of “online education” they are offering — are classes going to be synchronous, asynchronous, or hybrid? Waite suggests that families ask their colleges and universities whether or not they have an instructional design team helping faculty learn online literacy and what kind of professional development faculty are being given.

Some institutions are going to be mostly online, while others are considering hybrid models. David Feldman, an economics professor at the College of William & Mary, says he expects there will be a lot of experimentation. “(Colleges) want to approximate as much of the face-to-face experience as we can, while mitigating the risk of the virus.”

While the majority of colleges and universities say they are planning on physically reopening their campuses in the fall, some institutions, including Harvard University, have already followed Cal State’s lead and announced they will offer most classes virtually come August.

If that’s the case with your college, experts advise families to think about what they are actually paying for. “The college degree is still the most reliable tool for upward progression — this will not change in the near term,” Pranam says.

CSU Chancellor Timothy White told families he understood they felt they were losing a piece of the college experience. “But this interruption may be an interruption through, let’s say 20% or 25% of your college undergraduate years,” he says. “It is an adaptation to deal with solving this global pandemic. If that means you can’t be on campus for a semester or two that is unfortunate, but it is not taking away the college experience.”

Get ahead of the 2020-2021 school year and apply for your Student Loan today.
Lenders like Sallie Mae can put a world of possibility within your reach. Get the financial aid you need to cover tuition and materials. Click below to find out how.
Get Started

This story has been updated to correct the spelling of Tepper Business School Dean Robert Dammon’s name.

The Job Market Is a Mess Because of the Coronavirus. Here’s What Recent Graduates Can Expect