I Got Pregnant, Then a Wall Street Firm Pushed Me Out of My Job 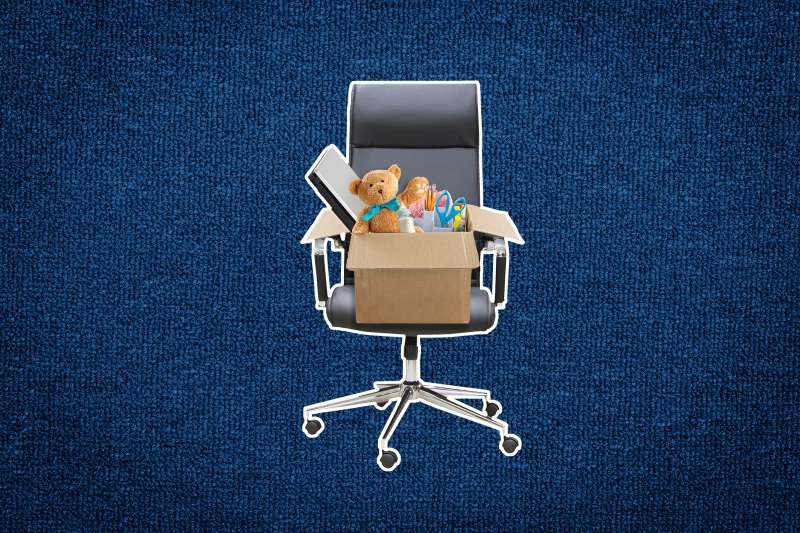 When I finished business school in 2010, I landed a job at a prominent Wall Street investment bank.

I was proud: I’d taken my liberal arts degree and seemingly disparate professional experience and turned it into a job that not only would compensate me well, but that I would excel at. I’d found my talent—fundraising—while working on political campaigns. I knew I would be able to tap that same skill set (and Rolodex) to launch myself into this new world: this very, very male world.

I believed to my core that I could surmount any challenge, and if I worked hard (and worked smart), I would be successful.

I should have seen the red flag early on: on the day I received my job offer, two managing directors took me to lunch. I asked off-handedly what percentage of the division was female.

Read Next: I Was Stuck With an Impossible Choice During Maternity Leave

It didn’t register as a red flag then, though. I saw it as an exciting challenge. I was tenacious and assertive. I believed that if I wanted it badly enough, if I worked hard enough, my gender would have nothing to do with my ability to succeed on Wall Street. I’d chosen a field that relied heavily on quantifiable metrics for success: generate X revenue for the firm, make Y dollars. There’s no room for sexism in math, I thought.

I was right, for a while. I’d landed a billionaire who was ready to open an account with the firm.

And then, I told my firm I was pregnant. If there were sound effects here, I’d play for you a sad trombone: wah waaaaahh. Except, I was not the type of person to be slowed down by pregnancy. In fact, the managing director who ran the New York office sat me down for our quarterly check-in and told me that, in a field with a notoriously high attrition rate, he believed I was their best shot for a success from my cohort.

Not even two weeks later, I found myself in the hospital, my doctor fearful of pre-term labor. She told me, “I want you off your feet.” It didn’t even occur to be to be worried about my job. I could make phone calls and send emails from anywhere. I was bringing in a billionaire client. Having to work from home wasn’t going to slow me down.

When I reached out to my office to discuss logistics, I didn’t get a call back.

I emailed my boss and HR. Silence. I called HR. I emailed the managing director who’d told me how promising I was. Silence.

I did this every day for two weeks, while also Googling “employment protection during pregnancy” and “how do I find an employment attorney.” Wracked with anxiety, I asked my doctor what to do. Was I about to lose everything? “Copy me on your emails to them,” she said. “Ask them what additional documentation they need.”

And that did the trick: HR called, and told me simply, “On Monday, you should call our insurance provider to initiate your disability leave.” She didn’t present it as a choice; the call lasted a few minutes and addressed only the human resource implications.

Read Next: Here’s What It Costs to Actually Become a Mother

I never heard from my direct manager, or the managing director of the New York office — the one who’d told me how promising my trajectory was.

That was the last day I worked on Wall Street.

There’s a happy ending to this story, though it’s more of a happy middle: nearly four months later, I delivered a perfectly healthy, full-term baby boy. I worked on my resume between breastfeeding sessions, and I started interviewing when he was a few weeks old.

My career at the investment firm was dead: By nudging me out in the middle of my pregnancy, with no coverage plan in place for the business I had been developing, it killed my chances of re-engaging those prospects. As far as the billionaire knew, I’d been swallowed by a sinkhole. I would have to start from scratch – but worse than scratch, because my relationships with the people I’d been cultivating would be tarnished.

When I called Credit Suisse to resign, I kept my voice level, despite feeling like I was about to throw up. I explained that I believed I had been the subject of pregnancy discrimination — and that I couldn’t imagine returning to a workplace that treated women as I had been treated.

I had one request, and that was for an exit interview with a senior manager so I could make sure someone in a decision-making role was aware of my experience. Credit Suisse proposed mediation, explaining that mediation helped employees “find a sense of resolution.” I was starving for resolution: most days, I still found myself drifting away in thought about what had happened – what I could have done differently. What I could have done better.

The morning of my mediation, I arrived with my lawyer and signed a mutual non-disclosure agreement specifying everything discussed during the mediation would be confidential. Around 3 p.m., I walked out, disgusted.

What I didn’t have, when I left that building: the sense of resolution I’d hoped for. A meaningful apology, an understanding of what would change, the belief that my experience actually meant something… I had none of those.

Read Next: Can You Be Denied a Mortgage If You’re Pregnant?

What I did have: the knowledge that I’d done the right thing, and the right to tell my story.

And five years later, I told it in a nonfiction book called Here’s the Plan: Your Practical, Tactical Guide to Advancing Your Career During Pregnancy and Parenthood. I was certain my experience was an anomaly, and I planned to relegate pregnancy discrimination to a small section at the end of the chapter.

As part of my research, I asked more than 2,000 working moms dozens of questions: how much maternity leave they took, what kept them up at night, how happy they were with childcare.

I was off by an order of magnitude. It was nearly one-third.

Let’s zero in on that number for a minute: one-third of women will experience some form of workplace discrimination when they have a child.

Yet no one is talking about it. I have a theory that reticence is tied to shame. Throughout my life, I’ve never really failed at anything. Yet in this instance, no matter how promising my career track was or how hard I’d worked, I failed.

Logically, I understood that I hadn’t failed. The system failed me, but it still felt like failure. Worse, it felt like isolated failure, because I didn’t know anyone else who’d been on the receiving end of pregnancy discrimination.

There’s a gaping chasm between the number of cases of discrimination being reported (under 5,000) and the total you could extrapolate from 30% (more than one million).

Allyson Downey is the CEO of WeeSpring, a startup company that helps new and expecting parents collect advice from their friends about what they need for their baby.