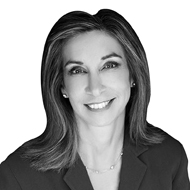 Now that the US Supreme Court has legalized same-sex marriage, I've been happy to see the celebrations and joyous faces of couples who have longed to make their commitment a legal one. The legal landscape is leveled for married same-sex couples, and the longtime challenge of navigating different state laws is finally over. Congratulations!

But I'm a financial planner who works with divorcing and divorced people, so at the same time that I congratulate all these happy newlyweds, I can't help thinking ahead to the financial complications that may ensue when some of these marriages break up.

I am painfully aware that in some states, same-sex couples had been hampered in many areas of their lives: property ownership, adoption, employee benefits, inheritance rights, and medical decisions, to name a few. Happily a lot of those hurdles will be gone now. But in a few years, new ones will pop up.

Though divorce laws vary state-by-state, some basic factors commonly guide courts' approach to financial decisionmaking: how long the couple has been married, how they have contributed financially to each other and to their family, and what property is separate or commingled.

If all goes well, with marriage equality we will have divorce equality. For example, we could factor in that assets acquired during years a gay couple partnered but were not legally wed will be included in the marital pie. Estate plans drawn up earlier to facilitate transfer of wealth between partners could be understood as statements of intent when dividing marital property. The decision by one spouse to be a parent would now be the right for both.

I imagine it will be challenging to evaluate financial and nonfinancial contributions based on an ambiguous timeline and the differing perceptions of two individuals. In marriage, there is a clear demarcation line. Partnered couples who choose to marry have an opportunity and responsibility to understand their many financial and legal entitlements. These entitlements come with the knowledge that all prior planning or lack of planning (unintentional or not) is superseded.

It's my belief that same-sex couples, in the near term, should sign prenuptial and post-nuptial agreements to clearly identify financial issues and set a clear rational path for disentangling themselves if the unhoped-for situation happens. These agreements could instruct how and what the couple would divide if they separate, their intent concerning financial support for one another, and the basis for how they legally titled assets in their estate planning. Gray areas exist when assets are not jointly titled or beneficiaries are not designated on financial accounts or specifically gifted personal property. Siblings, children, and other relatives may have very different ideas concerning what they should receive vs. what a partner should.

There are other implications for same-sex couples: Spouses who pay alimony can deduct that spousal support on their federal income tax returns. Divorcing couples can divide retirement assets and are entitled to receive qualified domestic relations orders; that helps them avoid federal taxation on some workplace retirement plans such as 401(k)s and pensions. Transfers of all or part of an IRA can be done without incurring federal tax. Social Security is no longer prevented from recognizing same-sex marriages in determining entitlement to Social Security benefits—some of which can be claimed on the basis of a spouse's work record, even after a divorce.

In the short term, though, until same-sex marriage is no longer a novelty, there are strong financial reasons to prepare for the unthinkable. Until there is equality in the practice and protection under these laws across the states, same-sex married couples need to take control of their financial planning and leave as little as possible to interpretation.

Vasileff received the Association of Divorce Financial Planners’ 2013 Pioneering Award for her public advocacy and leadership in the field of divorce financial planning. Vasileff is president emeritus of the ADFP and is a member of NAPFA, FPA, and IACP. She is president and founder of Divorce and Money Matters, serving clients nationwide from Greenwich, Conn. Her website is www.divorcematters.com.