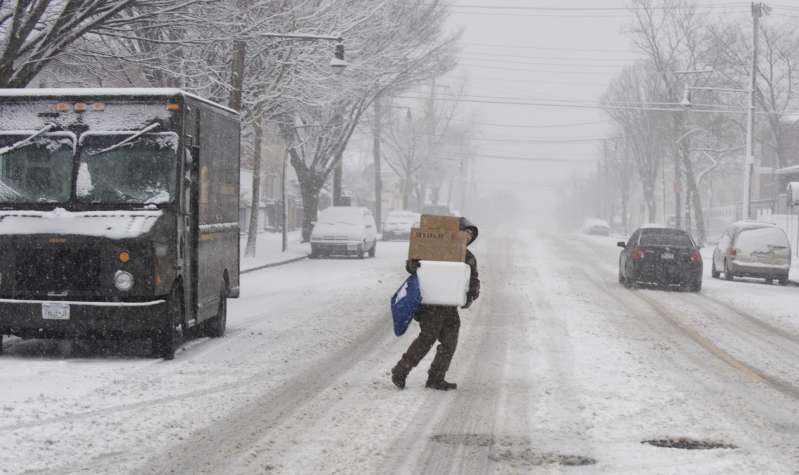 The tell-tale signs of fall are already knocking at our door. Temperatures are dropping, school is starting, and seasonal jobs are popping up ahead of the holidays. But those temporary employment opportunities are going to look pretty different in the age of coronavirus — and they’re going to be hard to land.

Since the pandemic hit the U.S. in March, millions of people have been laid off. And while the most recent unemployment data shows 1.4 million jobs were added in August, there are still 11 million fewer jobs than there were before the pandemic. On top of that, the $600 in extra unemployment benefits per week that jobless Americans were receiving from the CARES Act ended earlier this summer, and more stimulus checks aren’t likely to come soon — or at all.

With many people still scrambling to find employment, temporary openings at companies prepping to get slammed with holiday business provide new opportunities. Michael’s, an arts and crafts chain, said it will hire over 16,000 seasonal positions across its U.S. and Canada stores and distribution centers. UPS expects to hire over 100,000 seasonal employees and J.C. Penny has started hosting hiring events in various locations.

Expand your network and your career with the help of a job search site.
Job search sites allow you to put your resume out there for tons of companies and potential employers to see. Click your state to begin networking today!
Get Started

Holiday hiring is a long-held American tradition. This year, though, a lot more people will be trying to get their hands on a paycheck.

“You have this enormous amount of unemployed workers who are looking for a job, even temporary,” says Daniel Zhao, a senior economist at Glassdoor. “It is going to be competitive.”

The changing world of “seasonal” gigs

In July there were 2.5 unemployed workers per every job opening in the U.S.

Some of those people are furloughed workers hoping to get a call in the next few weeks to return to their previous jobs. But the longer the pandemic drags on, the more likely those “temporary” layoffs will become permanent ones. And as more families around the country have trouble making ends meet, seasonal positions will be highly coveted.

“As this crisis goes on, I would expect competition for these types of jobs to mount particularly because people’s expenses are mounting,” says AnnElizabeth Konkel, an economist at Indeed.

As with nearly every other job in the country right now, these seasonal positions are going to look a lot different this year. Companies are forced to have a plan in place — mandating masks, providing personal protective equipment and hand sanitizer, reducing traffic — that will impact day-to-day operations.

Working hours could also be adjusted to limit the amount of people working at once. The gourmet foods and gift retailer 1-800-FLOWERS.COM, Inc., which plans to fill more than 10,000 seasonal roles this year, will be staggering shifts to allow for a safe working environment, according to a company spokeswoman. While most of those will be in-person positions, there will be around 1,000 work-from-home positions in the contact center. Some other retailers, like Gap, are also hiring seasonal remote workers.

The type of jobs available could also be different this year. With so many Americans turning to online shopping, warehouse jobs are seeing a significant increase. The number of warehouse-related seasonal job postings on Indeed has nearly doubled compared to this time last year, according to Konkel.

Things could change, of course. Another wave of the virus could cause workers to be too nervous to return to work, or companies could see a hit from consumer spending.

“I expect there to be a lot more adjustment during the holiday season as companies figure out what the right amount of staffing is to meet the needs of their customers during this volatile time,” Zhao says.

How to get a holiday job this year

Seasonal work has traditionally offered a stepping stone to more permanent roles. At UPS, for one, 35% of part-timers come back permanently after the season, according to a spokesman. While 2020 has uprooted a lot of our expectations, this will likely remain true — at least for some job seekers.

“There might be pockets of opportunity in places you don’t expect,” Zhao says.

Find your perfect fit using a job search site.
Job search sites can help you apply for jobs, get tips from industry leaders, and grow your professional network. Click below to start today.
Get Started

The need for seasonal workers can vary by a store’s location — one branch could have a surplus of people applying for seasonal jobs, while another doesn’t have enough, Zhao says. So looking for jobs in a broad geographic area—being open to taking seasonal work a few towns over, for instance—will help job seekers land a gig this year.

Targeting your job search to certain companies will also give you the upper hand. Businesses with e-commerce offerings like Amazon and Walmart have been booming during the pandemic, while department stores have gotten slaughtered.

“Instead of looking for a job as a clerk at a department store, it might make more sense to look at a logistics or warehouse job in e-commerce instead,” Zhao says.

Looking for Work? Here’s Who’s Hiring During the Coronavirus Outbreak

As Hopes Fade for a Second Stimulus Check, These Programs Are Still Providing Financial Relief

‘That Extra $600 Was Keeping Me Sane.’ The End of the Weekly Unemployment Boost Has Been a Nightmare for Many Families