Lessons of a Serial Entrepreneur 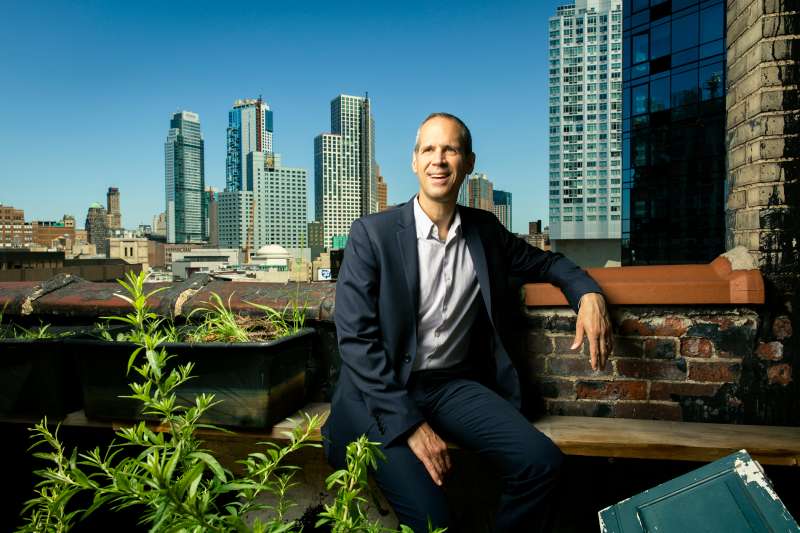 Like many entrepreneurs, especially those of a certain age, Alex Blumberg never intended to ditch it all to launch a business. He was a producer for public radio program This American Life and worked on the popular business podcast/blog Planet Money. He was winning awards. Getting raises. Life was great. But all along Blumberg had an idea he couldn’t shake: to produce narrative journalism podcasts, in serial form—to be, as he puts it, the HBO of podcasts. Blumberg tried to sell the idea to his NPR bosses. No luck. So he decided to go it alone, launching Gimlet Media in the fall of 2014. The company’s first 14-episode series, StartUp, chronicled his own adventures as a rookie entrepreneur. Since then he’s launched two more acclaimed series, and he expects the venture to generate revenues of $2 million this year. But the journey hasn’t been easy. As Blumberg, now 48, told Money: “It was only after I got into it that I realized how little I knew about running a company.” Read on to get the benefit of his experience.

Q: A lot of people have business ideas but never take the plunge. What made you take the next step?

A: I was at Planet Money, and the business was growing rapidly. The audience was really passionate. I felt people liked the content but wanted to consume it in a different form—in length and voice. I told people that we should put together shows like Planet Money where episodes come out once a week and people could listen on demand. In 2013 I realized that in order to make that happen, I was going to have to do it on my own.

Did you question whether this would be a financially smart move?

A: My wife and I both thought about it. I could have climbed the ladder at NPR and gotten higher salaries. In my old job I had more free time, less travel, and fewer early mornings and late nights. Right now, I’m poorer than I would have been. If anyone fully understood the magnitude of starting a business—the costs personally and financially—they wouldn’t do it.

I felt the upside justified the risk. If the company became a multimillion-dollar company, I’d own a large chunk of it, and that would be way more upside than I would have earned at my old job. But if it doesn’t or the company turns south, which the odds say are the likeliest outcomes, I’ll have made a huge financial mistake.

Do you worry about money now?

A lot. My wife has a good job as a TV producer, and she got a raise, so that helped. I also did other stuff on the side, like speaking engagements, to bring money in. But we were hand to mouth there for a little bit. We were both pretty stressed by it.

Have you had to change your lifestyle as a result?

We never go out to movies or dinner. I just bought new clothes for the first time in maybe three years. I was wearing the same ratty pair of running shoes for a year and a half. But compared to most, we’re in fine shape. We go on vacation in the summer. And our kids still take swim lessons and go to camp.

Did you tap your retirement funds to launch the company?

I didn’t tap the 401(k). God, no! But we spent down our savings and racked up some credit card debt.

You also raised almost $2 million from investors to start the business. How hard was that?

I thought it was going to be pretty easy to raise money, that I’d be able to go to people and say, “Look, I did this and now I’m going to do more of it,” and it would be easy to convince them. I had my ass handed to me. One of the first guys I approached was this venture capitalist I interviewed on NPR. I didn’t know what a VC did. It was a ridiculous place to start, and he turned me down. I should have started by trying to raise money from people who were familiar with what I did. There were plenty of people in the public radio system who would have written me a check.

You also realized that you needed a partner who knew something about business.

It quickly became clear I needed help on the business side. I didn’t know what I was talking about on a profound level. I worked in public radio. It’s sort of a destination for pretty much the least savvy business people on the planet, you know? That’s when I met my co-founder, Matthew Lieber, who was working at the Boston Consulting Group. He’ll say, “No, this is a horrible thing for us to do” or “This is a great thing for us.” Matt sees things I don’t see and understands things I don’t understand. I don’t think in terms of what things will cost or make money. I think in terms of stories and how to tell them. It wasn’t until I teamed up with Matt that we actually started attracting investors.

There’s an episode of StartUp in which you and your wife agonize over giving Matt an almost equal share of the business. But you eventually relented.

That’s true. It was a risk because we didn’t really know each other. But if the company was going to work, we both needed to feel fully invested in its success. Fighting over equity percentages just felt like a bad use of time when the company is worth nothing. It was absolutely the right decision.

What was it like to let these kinds of business and personal decisions play out in public?

We worried before each episode. Would this be the time we reveal too much and have people use it against us? But every time, people related. I think it’s taught me the value of not being defensive. I now try more than ever to be as honest about my shortcomings as I can. The more you’re open about it, the more people respect you for your honesty.

That’s good advice. What else should aspiring entrepreneurs know before starting a business?

Don’t tell—make. Fundraising went very slowly for us, and we’d still be fundraising if I hadn’t launched the first episode back in September 2014. I knew that people would like StartUp and it would attract some kind of audience. But more than that, it made it real to potential investors. It wasn’t until I made something completely on my own that investors took me seriously. The faster you can take your idea from theoretical to tangible, the better off you’ll be.

Also, focus on what you’re good at. A company at the beginning is like a stem cell: It can grow into anything. We wrestled a lot with what exactly we should be. Should we focus on building podcast technology or exclusively on content? In the end we decided to stick with what we knew— content. Focusing on a different discipline might have been too much.

What are the most important lessons you’ve learned so far?

One lesson I’ve learned over and over is that the reputation you personally built before starting a company is incredibly important. Finding good people who are willing to leave their jobs to join a “business” that is nothing more than an idea in the head of a public radio producer isn’t that simple. If you’ve pissed off a bunch of people in your past professional career, it would be really hard to start a company.

But these days a lot of people launch companies when they’re young. Is it too late to start at your age, with young kids and all?

Too late is maybe a better time to do it in a weird way. It is hard to start a business at this stage in life. But if I hadn’t done all these other phases of my career, it would have been so much harder. I couldn’t have done this when I was 23 or even 40. So many people I now work with I met in my old job. Also, having a family grounds you. It gives you discipline. I can’t couch surf and live off credit cards with a family to support.

Last question: How’s business? Are you going to make it?

Our audiences are bigger and our revenue is better than we thought it’d be. We have a couple of years to run on what we raised and the revenue we generate. I worry about ad rates plummeting and not being able to find other sources of revenue. But big picture, I’m about as optimistic as I’m capable of letting myself be.

This interview has been edited.