5 Genius Insights to Start a Lucrative Side Hustle 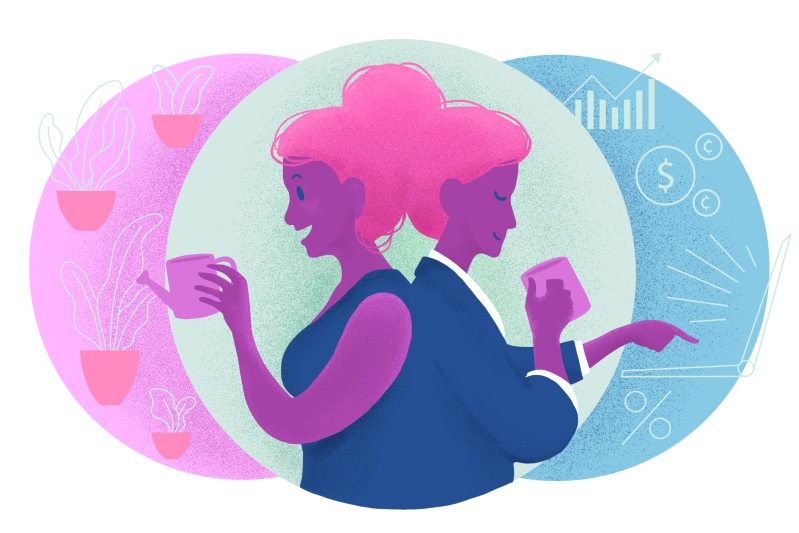 Acorns grow into oak trees. Many successful entrepreneurs started with just a humble side hustle. Top entrepreneurs and members of The Oracles share their invaluable lessons learned from early side hustles.

1. It won’t be easy, but false confidence is good.

Barbara Corcoran
Courtesy of The Oracles

I was working 9-5 as a receptionist, answering phones for a New York City landlord company. I was 22 and loving it — making friends with every tenant who called with a complaint and eagerly ordering them new stoves and refrigerators if they were nice to me.

The landlord’s son was a real estate broker and a disappointment to his successful father. His idea of a long day was working 12-2, mostly at lunch. Thinking he might need a helping hand on evenings and weekends, I asked if I could show apartments for him, if I passed the real estate exam.

Three months later, my boyfriend offered to loan me $1,000 to start my own firm. From the get-go I felt fairly confident I would succeed — mostly because I saw the landlord’s son not working very hard and riding around in a limousine.

In hindsight, I’m happy I tried my hand at real estate on the side first. I’m also glad I had the false confidence to think it might be easy. It wasn’t. I worked really hard until I sold the business 30 years later for $66 million. — Barbara Corcoran, founder of The Corcoran Group, podcast host of Business Unusual, and Sharkon “Shark Tank”

2. Don’t wait for the perfect idea.

Kenny Rueter
Courtesy of The Oracles

Nine years ago, I had a stable day job as a software developer. In my spare time, I built a sprinkler out of PVC pipe for my kids, who played with it for hours on hot days. When neighbors asked where they could buy one, a light bulb came on: I would manufacture and sell these “Crazy Sprays.”

I soon realized the difficulty of manufacturing, packaging, shipping and everything else related to the physical products business. I decided it would be easier to sell plans and instructional videos for how to build the Crazy Sprays. Then I realized it was even harder to sell knowledge online —and I was a programmer!

There had to be a better way. So, I created a knowledge commerce platform to help others with the same challenge. I never intended to replace my career. I certainly never thought that my side hustle would transform into a multi-million dollar company that helps others. But none of this would have happened if I’d immediately shot down the Crazy Sprays; if I’d waited for the perfect thing, I would have missed the right thing.

The lesson is: don’t overthink. If something interests you, start working on it. Jump into the process. New ideas will come to light. It could lead your career and life to places you’ve never dreamed of. You’ll help others along the way — and they’re hoping you start now! —Kenny Rueter, co-founder of Kajabi; three consecutive years on the Inc. 5000

3. Set financial goals to drive your side hustle.

Jason Hall
Courtesy of The Oracles

I learned the value of a side hustle at 15 years old. I had to ride my bike five miles to get to the fast food restaurant where I worked after school. Consequently, they wouldn’t give me enough hours because I couldn’t get there fast enough. I needed more money to buy my first car, so I picked up a paper route on my way to work. (This was clearly before the internet!)

Six years later, I was finishing college while working three jobs. Two jobs were weekend hustles — I was DJing and photographing bands on tour in Chicago. This gave me a nice balance between sitting at the computer all week and breaking loose to entertain people until 4 am. Plus, I got to photograph the likes of Rob Zombie, Ozzy Osbourne, and the Foo Fighters.

The lesson? My side hustles enabled me to crush my short-term goals in record time. I could afford rent, auto payments, and daily expenses while financing myself through college. And I was subconsciously developing an aggressive work ethic, which is vital to high-touch client management, team building, and building a corporate culture. To this day, I don’t mind using weekends to catch up on personal projects for my agency. And my team buys into that culture. —Jason Hall, founder and CEO of FiveChannels; generated $17m+ in sales revenue for his clients in 2017

4. Create a plan and process — and celebrate the wins.

Loren Yadeski
Courtesy of The Oracles

One of my first side hustles was creating niche “how to” websites. I generated revenue from ads and digital product sales. I remember the feeling when I sold my first ebook; it was only $50, but it felt like so much more. The business started small but eventually grew so large that I was earning two to three times more each month than at my regular job. I learned three invaluable lessons.

Mark Divine
Courtesy of The Oracles

My side hustle laid the foundation for two successful businesses I run today. It all started in 1996 after leaving the U.S. Navy as an active duty SEAL officer.

I launched my first entrepreneurial adventure (Coronado Brewing Company) the traditional way — with lots of investors and two partners — while keenly watching the fledgling “dot-com” world. Would a portal about the SEALs be an interesting side business to supplement my meager income? Thinking so, I registered the domain “navyseals.com” for $35.

I tried hard to make a go of it, including a paid subscription forum for SEAL candidates, selling niche spec ops merchandise, and writing content to bring eyeballs and ad revenue. The winning formula was in preparing SEAL candidates for their training, and I leveraged that experience to win a contract with the Navy. Later I launched SEALFIT and Unbeatable Mind to deliver my training models of physical and mental toughness to civilians.

Want to share your insights like those above in a future column? If you’re an experienced entrepreneur, please get in touch here.

Want to suggest a future topic for these entrepreneurs to answer? Email suggestion@theoracles.comand it’s very possible we’ll make your suggestion the focus of a future article!