Why You Should Celebrate Social Security's 75th Anniversary 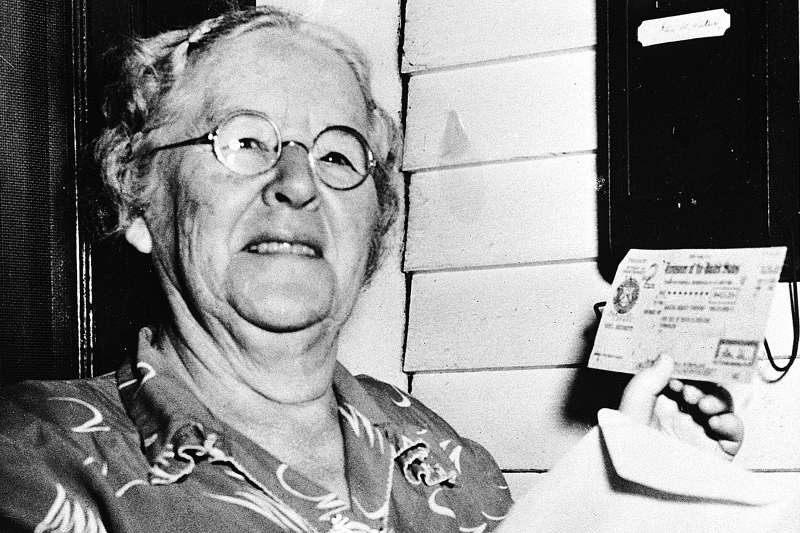 Aficionados may recall that Social Security’s formal 75th anniversary was held five years ago to mark enactment of the program in 1935, during the first of Franklin Delano Roosevelt’s unprecedented four presidential terms.

And some sticklers out there might note that you already missed the chance to raise a glass with me in January 2012. That was 75 years after the agency’s first lump-sum payment, made to a Cleveland streetcar worker named Ernest Ackerman.

The 17¢ Ackerman received isn’t much even by today’s inflated standards, but it represented a most impressive return. Ackerman, as it happened, retired one day after Social Security began and had a nickel withheld from his check. His payment less than two years later represented a return of 240%. That was a real 17¢ too, since benefits weren’t taxed back then.

Controversial From the Start

Whether we’re tooting the horn for Social Security’s 75th, 77th, or 80th anniversary, it’s worth noting that these are hard-won celebrations—the program has pretty much been under attack the entire time.

When he first proposed Social Security, FDR received blistering critiques from political and social-policy scolds, who denounced what they saw as redistribution of wealth and the creation of a large bureaucracy. The biggest threat may have been posed by Louisiana Senator Huey Long, known as The Kingfish, who was campaigning for the White House on his own populist plan. Long held up Senate funding for the new program for seven months, but before his attacks could derail Social Security, he was assassinated.

Fast-forward to today, and the battle continues. The program’s disability trust fund is projected to run out of reserves next year. Once the Republicans assumed control of the House of Representatives this year, they wasted little time in approving a measure trying to put Social Security reform back on the table as a precondition to shoring up program funding. This has placed the incomes of millions of disabled Americans at risk in another Washington game of political chicken.

In 2010, President Obama compared attacks on Social Security to those aimed at his signature health care law, the Affordable Care Act. Obamacare has been the subject of one major U.S. Supreme Court decision, and there’s another significant ruling scheduled soon. Three lawsuits about Social Security managed to reach the high court, and the constitutionality of Social Security was not decided until May 24, 1937. So we can look forward to popping the cork on the 80th anniversary of that milestone.

Meanwhile, the Social Security Administration continues to do what it does best—spend enormous amounts of money on a program that now far exceeds the dreams of its creators. Today the agency collects payroll taxes from 210 million workers. It pays out well north of $800 billion in annual benefits to some 60 million retired and disabled beneficiaries. And it remains a financial lifeline to older Americans, providing 90% or more of the income of 22% of elderly couples and 47% of elderly singles.

Along the way, Social Security has changed greatly since it first began. (To document its evolution, the agency even has a website with its official history, as well as an official historian and a dedicated web page saluting past occupants of the job.)

In 1939, moving beyond its initial focus on workers’ retirements, the program began making payments to their spouses, children, and survivors. The monthly payment of benefits began in 1940 (let’s have another tip of the hat to Ida May). A major boost in benefits was approved in 1950 and again in 1952, and disability benefits were added in subsequent years. In 1962 the age of early retirement was lowered to 62.

One of the biggest changes was the creation of Medicare in 1965, which Social Security was made responsible for administering. In the early 1970s, the agency took over another new program called Supplemental Security Income, providing benefits to qualifying low-income persons, which has since become enormous in its own right.

Annual cost-of-living adjustments, or COLAs, were added in 1972 and have had an enormous effect helping retirees maintain their standard of living. Recent proposals to change the way the COLA is calculated have triggered a new wave of attacks, with some critics claiming seniors deserve more protection and others saying the current formula is too generous.

Amendments to shore up Social Security’s financing were enacted in 1977 and, on a larger scale, in 1983. That last reform established today’s current rules for retirement ages and the start of federal taxation of Social Security benefits.

Given today’s contentious mood in Congress, the 2000 amendments may have been historic for another reason: They passed without a single dissenting vote in either house of Congress.

Finally, beyond its importance in providing retirement benefits, Social Security’s greatest impact has evolved through its role as the near-official gatekeeper of human arrivals and departures—and many of the life milestones along the way.

Is there a parent or grandparent who has not at some point sought inspiration or validation in the agency’s annual list of most popular baby names, which goes all the way back to 1880?

Occupying the less-popular departure lounge is the ominously titled Social Security Death Index, which keeps records of people with Social Security numbers who have passed on. Now approaching 100 million names, the database is widely used by genealogical websites. (The SSA itself does not offer it to the public.) Social Security data is also relied on by researchers analyzing trends in marriage, income and longevity.

Since those first checks to Ida May Fuller, Social Security has become an essential safety net and an important resource for all Americans. And for all its flaws, millions of elderly and disabled Americans depend on it. Younger workers should be able to trust that Social Security will be there for them as well. That’s the message that Congress should take to heart on this anniversary.

Philip Moeller is an expert on retirement, aging, and health. His book, “Get What’s Yours: The Secrets to Maxing Out Your Social Security,” will be published in February by Simon & Schuster. Reach him at moeller.philip@gmail.com or @PhilMoeller on Twitter.

Read next: How Social Security Calculates Your Benefits