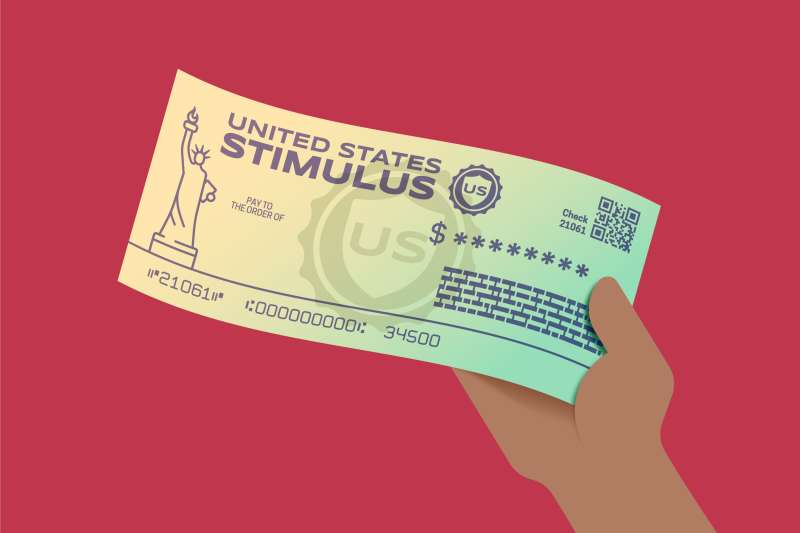 Congress took nearly nine months to get second stimulus checks into Americans’ bank accounts. While the wait for the third round will likely be much shorter, plenty of unknowns remain about the timing, eligibility and amounts of the next stimulus checks.

President Joe Biden’s $1.9 trillion American Rescue Plan revealed earlier this month included $1,400 checks to follow the $600 that people started receiving just after the holidays. Last week, the House of Representatives approved a budget resolution that will allow Biden to move forward with the plan without Republican support.

Like most legislation on Capitol Hill, there’s already a lot of back and forth about the details of the third stimulus checks. Here’s where the debate currently stands.

When is the third stimulus check coming?

Third checks can’t come fast enough for the millions of people still out of work, especially with March 14 fast approaching, the date when extensions to unemployment benefits are expected to end. Meanwhile, more than a third of respondents to a new survey from Money and Morning Consult say their situation is somewhat or much worse now than it was in February 2020 (37%).

The second stimulus checks were held up for months in Congress. This time, the wait will be much shorter, according to Speaker of the House Nancy Pelosi. In a letter to House Democrats Friday, she said that lawmakers aim to finish work on Biden’s plan before the end of February. When asked during a press conference whether or not she could guarantee this would be passed by mid-March, she said, “Absolutely. Without any question. Before then.”

Last time, it took just days for Americans to start seeing stimulus payments in their bank accounts after the relief package was signed.

How much will the third stimulus check be?

The president faced some criticism when his relief plan showed he planned to give people just $1,400 on top of the $600, instead of an additional $2000. Before the Georgia Senate runoff elections, Biden had said, “If you send Jon [Ossoff] and the Rev. [Raphael Warnock] to Washington, those $2,000 checks will go out the door, restoring hope and decency and honor for so many people who are struggling right now.”

But on Friday, he left no room to speculate about his standing on the check amount.

“They’re going to be $1,400, period,” Biden said in a press conference. “That’s what the American people were promised.”

Who will get a third stimulus check?

The Democratic Party is divided on this issue.

The adjusted gross income threshold to receive a full payment is currently $75,000 ($150,000 for married couples). Biden indicated during a call with Democrats that he’s open to negotiating an adjustment of the income levels, NBC reported.

Sen. Joe Manchin D-W. Va. and some other Democrats want to “ensure upper-income taxpayers are not eligible,” according to a non-binding amendment. The amendment didn’t indicate what “upper-income” means, but Manchin’s office said he doesn’t want checks to go to individuals making more than $75,000 per year or couples making $150,000, and wants the amount of the checks to start phasing down at $50,000 per person or $100,000 per couple, NBC reported. Treasury Secretary Janet Yellen said on CNN those with a $60,000 income should get a check, but did not commit to $75,000.

Sen. Bernie Sanders, I-Vt. is against lowering the income threshold.

He went on to say he agrees with people who say, “We don’t want rich people to get that benefit,” and that there needs to be a “strong cliff” so it doesn’t spill over to people making $300,000.

“But to say to a worker in Vermont or California or any place else that, if you’re making $52,000 a year, you are too rich to get this help, the full benefit, I think that that’s absurd,” Sanders added.

Rep. Alexandria Ocasio-Cortez, D-N.Y. chimed in on Twitter, saying, “We cannot cut off relief at $50k. It is shockingly out of touch to assert that $50k is ‘too wealthy’ to receive relief.”

What if I never got the first two stimulus checks?

Many people are eager for the final decision on third stimulus checks, but others haven’t even received their first or second.

There are a number of possible scenarios why your check hasn’t hit your mailbox or bank account, including that it could have gone to the wrong account or your bank account is overdrawn. Remember that you can claim the Recovery Rebate Credit on your 2020 tax return — which you’ll be filing soon — if you’re eligible but didn’t receive a check or received the wrong amount. The credit will increase the amount of your tax refund or lower the amount of the tax you owe, according to the IRS.

Answers to All Your 2021 Tax Questions, From Stimulus Checks to New Deductions

Despite The Pandemic, 44% of Americans Expect Their Financial Position to Improve in 2021

7 Easy Ways to Improve Your Credit Score This Month