This Bond Market Indicator Suggests Inflation Could Be Coming. Here's How to Protect Your Investments 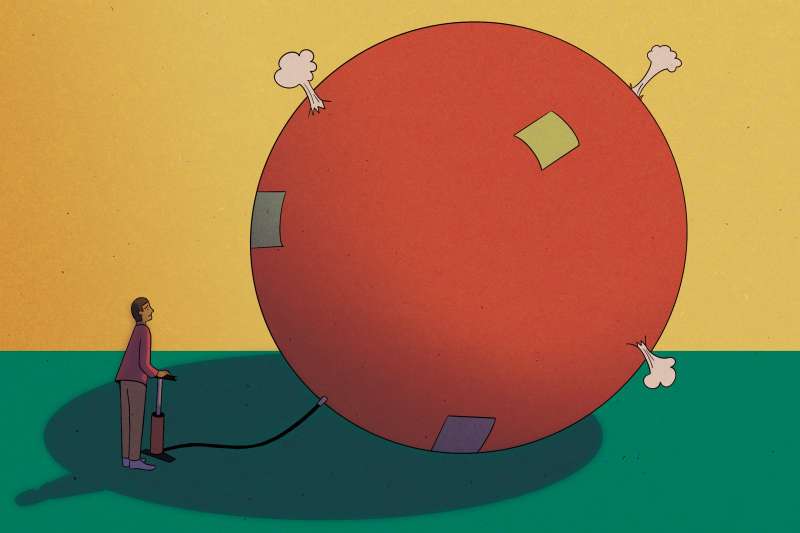 As if we didn’t have enough to worry about in 2020, it looks like many investors are now worried about inflation too.

That’s according to a key bond market indicator, known as the TIPS spread, which measures the price difference between inflation-adjusted and plain-vanilla Treasuries. And although experts aren’t saying that inflation is right around the corner, with the country’s increased debt — which has ballooned during the pandemic — it makes sense that it’s on people’s minds.

That’s because an inflationary period can last a decade (think of the 1970s). And while during a recession, investors are worried about protecting their principal, in an inflationary environment they have an additional goal: maintaining purchasing power.

On Thursday, things got still more complicated for investors, when Fed Chair Jerome Powell announced a change, what he calls a new “flexible form of average inflation targeting.”

While the Fed previously targeted a rate of 2% inflation, it will now allow inflation to run “moderately above” 2% after periods of time when it has been below, so long as the long-term rate averages out to around 2%.

The move comes after years in which the U.S. economy seemed to grow and add jobs without sparking rising prices policymakers feared. But some investors are skeptical.

Treasury Inflation-Protected Securities, or TIPS, are treasury bonds that protect against inflation. The principal value of the bonds (the amount the borrower will repay the bondholder) rises and falls with the consumer price index so the bonds always maintain what economists call their “real” value.

Market watchers have long looked to TIPS prices for insight into whether or not investors are expecting inflation. To do this you need to pay attention to the TIPS spread, or the difference in yield between the U.S. Treasury bonds and TIPS with the same maturity date. Before looking at the calculation, remember that “yield to maturity” refers to how much an investor can expect to make off a bond if they were to hold it until maturity.

The yield on 10-year TIPS fell to a record low late last month and has continued to tick down, currently sitting around negative 1.01%. Meanwhile, that TIPS spread we’ve been talking about — the indicator of inflation expectations — is around 1.72%. It’s been slowly climbing since mid-March when it was around 0.5%, indicating investors are more worried about inflation.

What inflation would mean for you

In short, inflation is when rising prices make the value of the dollar less. The concern is the erosion of your money’s purchasing power — in other words, losing its value.

“If you have significant inflation, your $40,000 that can buy you a luxury car now, in 10 years might buy you a low-end Honda,” says Robert Finley, principal at Virtue Asset Management.

Finley says that for his clients at or near retirement, inflation is one of the largest risks — even if it doesn’t necessarily command the most attention. That’s because at retirement, they stop getting a paycheck, which in theory should include regular cost-of-living increases. This creates the risk that their expenses will go up while their income remains stagnant, he adds.

Investors — and especially retirees — should aim to generate a yield on their investment portfolio that is greater than the rate of inflation, or they risk losing money.

How to protect your portfolio

One way to protect against inflation? Those TIPS we explained above. Since they’re designed to keep up with inflation, they could outperform other treasury bonds in an inflationary environment. Artie Green, principal at Cognizant Wealth Advisors, says TIPS should actually be held in all portfolios to hedge against inflation and so you can take advantage of changing perceptions of inflation.

“It’s very, very hard to try to time inflation,” Green says. “So by always having TIPS in the portfolio, you will benefit not only when inflation does rise but also when the speculation that there will be inflation increases.”

How much TIPS to own? It could be as low as 1% or 2% for a higher risk investment strategy, Green says, or as high as 10% or more for a retiree with sufficient savings to meet their goals who is mostly interested in safety, he adds. Many target-date mutual funds, which serve as default investments in 401(k)s, already own TIPS. For instance, the Vanguard Target Retirement 2020 Fund, for investors retiring this year, has about 8% of its assets invested in TIPS.

Another way to guard against inflation is by owning so-called real assets. Commodities, precious metals and real estate are all investments that tend to keep pace with, and even outperform, in an inflationary environment, McKay says. “It is not enough to just consider stocks and bonds, as many have for the last 40 years,” he adds.

Pro tip: he says if you’re investing in real assets like commodities through a fund, it’s important to be sure that the fund you use actually invests in commodities directly (like iShares Gold Trust or Invesco DB Commodity Index Tracking Fund) as opposed to those that just buy stocks of companies that are in the industry. The underlying commodity and company will perform very differently in an inflationary environment, he adds.

Just remember the purpose of owning real assets is protection against inflation — not to speculate on price trends like the recent run-up in the price of gold. Most financial planners recommend devoting no more than 5% to 10% of your portfolio to these type of investments.

One piece of good news: It’s true that inflation can spell trouble for the stock market in the short-term, as many companies struggle to pass on the cost of higher inputs to consumers. But in the long run most businesses manage to adjust. For anyone saving for retirement — with an investment horizon of years or even decades — simply owning stocks of well-run companies is the best hedge against inflation, says Roger Oprandi, managing director of Oprandi Wealth Group.

This story has been updated to include the Federal Reserve’s change to economic policy.

The Dollar Is Heading for Its Worst Month Since 2011. Here’s Why That’s Good for Your Investments