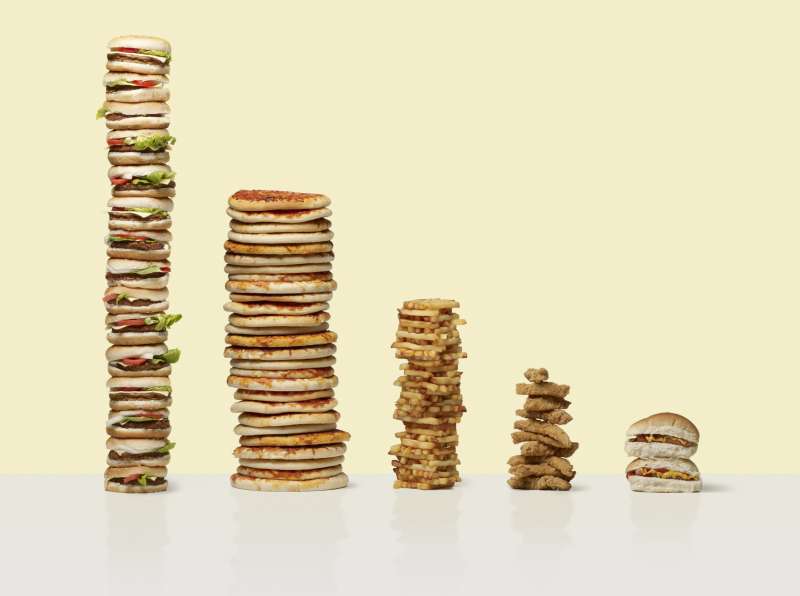 Inflation is the buzz on Wall Street this week. The consumer price index recently topped 2% for the first time since late 2012. To be clear, that’s still very low. If you are a middle-aged American like me, inflation is lower than it’s been for most for your entire life.

Fed chair Janet Yellen says she’s not concerned about inflation yet—she calls the data “noisy.” Money’s Paul Lim has a deeper dive into that data and why the Fed isn’t raising rates here.

But maybe you are scratching your head about Yellen’s calm. You can certainly feel a pinch on regular shopping trips. Meat prices are through the roof. And now there’s even news that Starbucks will be charging more for your morning caffeine fix.

Part of the issue is that we probably notice what’s gone up more than what’s down. (The news media sure does.) There’s always something on the consumer price index spiking up. But then there’s usually stuff getting cheaper, too. The past year has seen a decline in the prices of bread, peanut butter and bananas. Furniture and appliances are cheaper. And men’s clothes cost less (but not women’s, oddly). Kids’ toys, televisions, and computers are bargains compared to last year. No, you can’t live just munching on PB&B sandwiches in front your new laptop (you shouldn’t, anyway)—even so, add all those little items up and they do count as important part of your cost of living.

More important, though, is that the Fed keeps its eye not just on prices but on what’s driving them. If coffee prices shoot up because of a drought in Brazil, you may feel a squeeze in your budget, but that’s not the broad inflation the Fed worries about. The classic driver of broadly rising prices is higher wages.

When you and I are able to get more pay, we spend more. That increase in demand makes it possible for companies to raise their prices. Then workers start looking for even higher pay to catch up to rising prices, and so on. As economist and Fed watcher Tim Duy notes in his takedown of “inflation hysteria” here, “If inflation accelerates while wage growth remains stagnant, demand will soften and so too will any incipient price pressures.”

And how is wage growth looking? Better, but not exactly on fire.

Workers are just about staying ahead of prices, a little, and their real wages aren’t keeping up with productivity gains. And that’s for the ones with jobs: Unemployment remains on the high side, with lots of people missing from the labor force too.

The Fed will start worrying about price spikes, in short, when wages start moving too. That the Fed will wait to quash higher prices until you’re getting paid more sounds a little perverse. But the alternative—jacking up interest rates and throwing people out of work every time hamburger gets more expensive—would be a lot nastier.