Life Insurance Rates Are at Historic Lows. But That Probably Won't Last 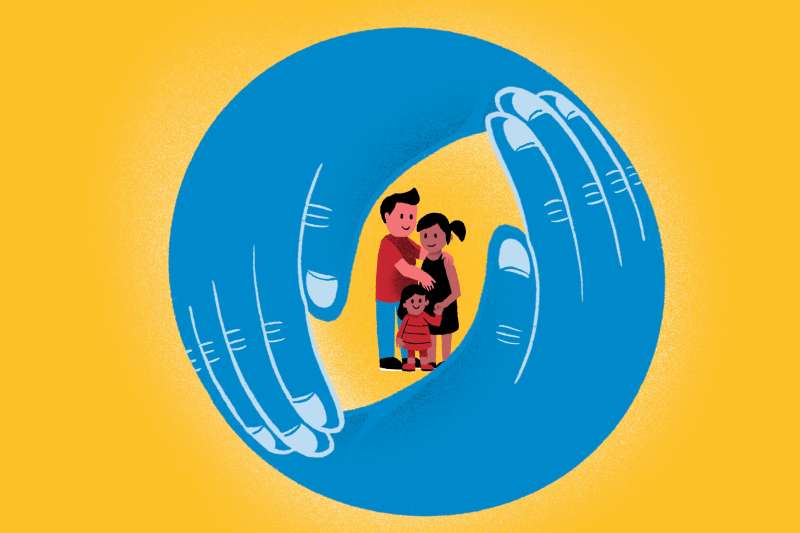 When it comes to life insurance, what’s been bad for insurers lately is creating opportunities for buyers, especially those who act quickly.

Not that the news is all good for life-insurance shoppers. As with so much else, the coronavirus has complicated getting a policy, at least for select types of customer. Some insurers have imposed tighter underwriting guidelines on applicants with pre-existing health conditions, on seniors, and on those who have recently travelled outside the U.S.

But the pandemic has also made it easier for many other people to acquire insurance. Restrictions on face-to-face meetings have forced insurance companies to discontinue in-person medical exams, an important requirement for many life insurance applications. Medical exams are also back, albeit with masked examiners. “No exam” offerings have been expanded, too, and companies have loosened up on their acceptance of digital signatures.

What are current life insurance rates?
Find your actual rate at a top insurer in your area - click your state to get started and see your rate today.
View Rates

For the most part, insurers have made these coronavirus-driven changes without raising their prices or limiting their selection of policies, at least for most customers. In fact, premiums have been dropping, and are now at a 20-year low. However, the current cost and flexibility of life insurance policies is under threat, and for reasons separate from the pandemic.

Read on for the often-overlooked role interest rates play in determining premiums, and why the prospect of an eventual rise in rates means you may want to buy a policy soon.

With more than 160,000 Americans now dead from coronavirus, you might think the pandemic would have triggered a rise in life-insurance rates. In fact, tragic as those losses are, it’s unclear what impact, if any, they will have on the cost of life insurance. According to Ryan Krueger, a securities analyst at Keefe, Bruyette, and Woods quoted in thinkadvisor.com, the cost of settling claims from COVID-19 deaths won’t be enough to significantly hurt U.S. life insurance earnings or cause a rise in premiums.

Reflecting that reality, life-insurance premiums have fallen during 2020, continuing a multiyear trend. For example, a 40-year-old, non-smoking female in average health can today buy a 10-year term policy with $500,000 of coverage for as little as $27 per month. Since I am a life-insurance agent, I went back in my records to check the price of such a policy in the past. Only five years ago, that same policy cost a whopping 50% more — $41 per month.

Avoid a medical exam and get life insurance coverage this week - apply now to get a free quote.
Make sure your loved ones are taken care of.
GET STARTED

Some of that decline in rates stems from regulatory changes that have reduced the amount life insurers must keep in reserve to cover claims — which in turn have reduced their costs to do so. But the major factor driving down premiums is longer lives.

The latest life expectancy for Americans is 78.9 years, according to United Nations data, which is more than two years higher than in 2000. And the trend is expected to continue, with Americans predicted to live an additional three years by 2040. Longer lives translate into lower total payouts from life-insurance policies, most notably because more people who hold term-life policies — which are in effect only to a certain age — will be alive when the term for their policy expires. And all other factors being equal, a lower risk of insurers having to pay out on policies translates into lower premiums.

Why premiums may have bottomed out

Insurers don’t make their money on selling life insurance, or even insurance, period. In fact, they have a second source of income, that of investments. And their investment earnings have been low for years, with little prospect of recovery soon.

Returns are down despite a sometimes-surging stock market, because insurance companies don’t have the luxury of investing in equities. Instead, they must hold their reserves in more conservative investments. “Life insurance companies typically invest your premiums in bonds,” Byron Udell, founder and CEO of AccuQuote, explained in a recent video. With returns on the bond market at historic lows, the insurers’ investment earnings have plummeted too. And while the bonds market has been weak for years, he explains, it has recently hit unprecedented lows that companies can no longer sustain.

Still, most companies haven’t raised rates, but Udell warns that may be just a matter of time. “The others are trying to hold on as long as possible to stay competitive, but it’s only a matter of time before they’ll have to raise rates too,” he says.

Benchmark interest rates remain historically low, and Kiplinger forecasts they will be staying low for a long time. If you’ve been sitting on the life insurance fence, perhaps in anticipation of still-lower rates, the available data suggests that might be a risky strategy. I suggest you move quickly to avoid the possibility of paying more for a policy.

Many consumers who buy life insurance opt for longer terms such as 30-year plans, which typically offer the lowest premiums along with the security of continued coverage even if you develop disqualifying health issues over the policy’s term.

Prudential has also suspended their guaranteed universal life plan, which is expected to be a permanent decision.

“Insurance companies make assumptions on what interest rates will be over the life of the policy and many have realized their pricing is simply untenable,” explained Udell. “Their only options are to increase the rates or pull the plan from the market.”

There are still several companies offering guaranteed universal life and 30-year term plans, so if you’re interested in one of these plans, my suggestion would be to shop around and to do it quickly.

Those who are older than the norm for buying life insurance, or have compromised health, have additional reason for haste in getting a policy: The number of companies prepared to insure you is in decline.

Some companies are rejecting any applications from people with pre-existing conditions such as a history of heart disease, diabetes, or cancer, or who are over a certain age.

For example, on August 10th, Lincoln Financial announced it will no longer accept applications from applicants aged 71 or over. Similarly, American General (AIG) has postponed all new life insurance business for individuals over age 70. Other companies have made similar announcements.

Fortunately, some companies are still writing policies for older and less healthy customers, at least for the time being. For example, Zurich American Life is still accepting applications up to age 85. And several companies are still insuring individuals with pre-existing conditions.

In most respects, then, this is the best of times now to buy a life insurance policy. But consumer costs arguably have nowhere to go but up, and the selection of policies could well continue to go down. Act fast if you need a policy now, or if you anticipate needing one soon.

Chris Huntley is a life insurance agent, the founder of Insuranceblogbychris, and president of Lifeinsuranceshoppingreviews. The views in this story are his opinion and do not necessarily represent the views of Money.

Sign up for a Life Insurance policy with ease.
Forget medical exams and long waits. Get the coverage you need now, starting at just $8/month. For more information, click below.
Get a Free Quote