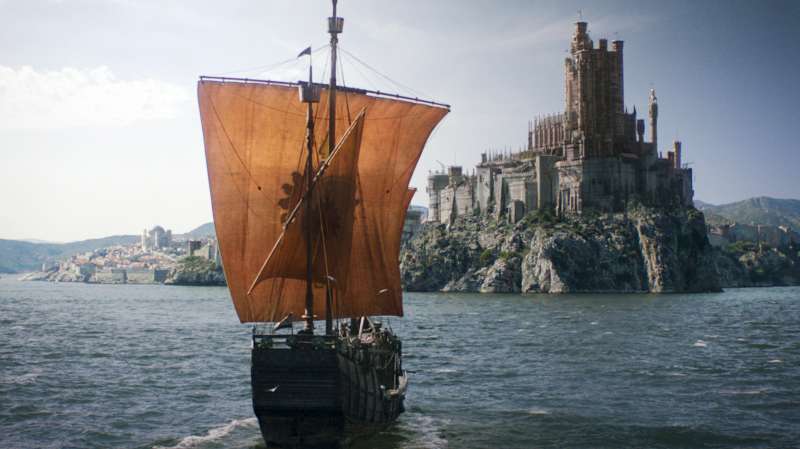 Game of Thrones
courtesy of HBO
By Daniel Bukszpan

Season six of the hit HBO series “Game of Thrones” is about to come to its brutal, bloody end.

If you’re one of the show’s many fans, you now find yourself at a crossroads. The finale was rousing and satisfying, but now that it’s over, you don’t know what to do with yourself between now and season seven, which doesn’t start until next year.

Well, don’t despair. The good people at the vacation rental search engine HomeToGo have taken it upon themselves to address the void that’s now in your life, by compiling a list of vacation rentals, all in the places where the show is filmed, or inspired by it.

Strict, super, über fans, be advised – if you’re looking to stay somewhere that’s a carbon copy of one of the locations, you won’t find it here. None of these rentals are intended to duplicate any of the sets. What you will find, however, are settings that recall the show without being exact replicas. So if you love “Game of Thrones,” and your spouse doesn’t, these locations will still work for both of you.

We’ve included nightly rates, links to the properties and information about both the rentals and the fictional counterparts that inspired them. So if you ever wanted to rent a vacation property inspired by Khal Drogo ripping the tongue out of one of his bloodriders for talking smack about his wife, now’s your chance.

Nestled in the kingdom of Dorne, the Water Gardens are home to House Martell and Prince Oberyn, whose head memorably exploded in a particularly graphic moment in season four. But why think about such unpleasant things when you could rent this three-room apartment instead?

The property is located in Malta, the site of numerous “Game of Thrones” filming locations. It offers a view of the sea and lush greenery as far as the eye can see, as well as a swimming pool on the premises.

King’s Landing is the capital city of the Seven Kingdoms and home to the Iron Throne, an uncomfortable-looking piece of furniture that’s at the center of every conflict on the show. HomeToGo has chosen this rental in Malta, whose views resemble those of the King’s Landing’s Blackwater Bay.

The property is a terraced five-room villa, just two and a half miles from the beach, and less than a mile away from the Xaghra city center. It can feel like a lot of walking, so HomeToGo recommends that you rent a car, unless of course you have slaves to carry you through the streets in a sedan like Cersei Lannister.

Braavos is one of the Free Cities and one of the most powerful, thanks to one entity that does business there – the Iron Bank. This financial institution will lend you money if you happen to be the king, but if you don’t pay it back, it’s not the interest rate that you need to worry about. Rather, they’ll lend money to an enemy who’s trying to overthrow you instead.

HomeToGo has chosen this terraced, three-story house in the center of Skradin, Croatia, to stand in for Braavos. Like Malta, Croatia is also a frequently-used shooting site for “Game of Thrones,” in part because the country offers a 20% cash rebate to film and television productions that are made there.

The trading city of Qarth is another location filmed in Croatia. To stand in for it, HomeToGo has chosen Soline bei Dubrovnik.

This two-room apartment has a French bed, which is a little over five feet wide and six and a half feet in length. So those who shop at Rochester Big and Tall may not find it ideal.

Let’s not focus on the square footage, however. Let’s describe it as “cozy” and focus instead on the kidney-shaped swimming pool, the panoramic ocean view and the outdoor shower. Ooh la la.

The slaver city of Meereen is one of the most exotic locations on “Game of Thrones.” Full of temples and domes, it’s dominated by a giant CGI pyramid and ruled by Daenerys Targaryen, “Mother of Dragons.”

Much of the city was shot in Croatia, and HomeToGo suggests that fans who want the Meereen experience without the bloody slave revolts should stay in this 590 square foot house in Podstrana, Croatia. It offers breathtaking views of the sea, so when your dragons unleash death upon your enemies, you can watch them perish in flames from a conveniently located balcony.

The Iron Islands are home to House Greyjoy, the rulers of a raiding and pillaging people reminiscent of the Vikings. Many of the locations for the Iron Islands are shot in Northern Ireland, and HomeToGo has selected this rental in Roundstone, Ireland to evoke its cold climate and rock-strewn landscape.

It may be stormy and wet outside of this three-room apartment, but the inside is warm and inviting. It features an open-hearth fireplace, a dishwasher and views of the sea and the port. You’re even allowed to bring one pet.

The Stormlands appeared in season two, as the location where Brienne of Tarth wins a place in the Kingsguard of Renly Baratheon after winning a tourney. It was filmed in Ballintoy, in County Antrim, Northern Ireland.

HomeToGo has chosen this 860 square foot farmhouse in Clonbur, in County Galway, Ireland to fill in for the location. The Stormlands are named for the frequent storms off the Narrow Sea, and Clonbur sees plenty of rain throughout the year, making it a natural stand-in for the location.

The Frostfangs are a mountain range beyond the Wall that protects the Seven Kingdoms, and serves as home to the wildlings. Many of the cold weather exterior locations on the show are shot in Iceland, but HomeToGo has found a reasonable facsimile right here in the continental United States, in the forests of Mount Baker.

The two-room rental is a 540 square foot farmhouse, with a pullout bed in addition to the main double bed, a microwave oven and four hot plates. So while it doesn’t involve as much roughing it as it takes to hide from the Army of the Dead, bring a little pioneer spirit with you anyway.

Vaes Dothrak is a trading city, and the only populated center by the Dothraki Sea. It’s also the only place where Dothraki khalasars are forbidden to fight with bladed weapons that draw blood.

Luckily, it’s totally kosher to burn your enemies alive there, as Daenerys Targaryen chose to do to about two dozen men in season six. HomeToGo has chosen a small cottage in Tullamore, in East Coast Midlands, Ireland, to represent the city.