The Father of Economics Was Also the World's First Self-Help Guru -- And Can Improve Your Life! 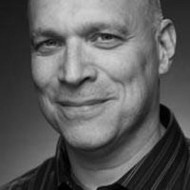 In his new book, How Adam Smith Can Change Your Life, economics popularizer Russell Roberts explores what may be the world’s first self-help book, which is all the more remarkable for its author: Adam Smith, a.k.a., the18th century Scotsman known as the father of economics. But Roberts—host of the popular podcast EconTalk—focuses on Smith’s mostly forgotten book The Theory of Moral Sentiments, illuminating Smith's insights into technology, ambition and friendship that are as relevant today as they were in 1759. Here are five surprising takeaways from his research.

Adam Smith is widely misunderstood. “I feel bad for Smith. In 1776, he published The Wealth of Nations, which makes him famous forever. That's the good news. The bad news is that everybody forgets about his other book, The Theory of Moral Sentiments, which came out in 1759. Worse, people come to believe that Adam Smith thinks that greed is good—a caricature of his real views. In The Theory of Moral Sentiments, Smith argues that the pursuit of wealth and fame and power is a fool's game, corroding your serenity and leaving you very unhappy. Very surprising. What I think he is saying is that getting rich is all well and good. Just don't make it your goal. He was a very wise man. One of the things I'm doing with my book is setting the record straight.”

Adam Smith was a Buddhist in the making. “If you really want to be a better person—instead of hoping to be one—it helps to pay attention. Smith's ideas on the ‘impartial spectator’—imagining someone over your shoulder observing your actions who doesn’t have a stake in the matter—is a really helpful way of paying attention. Though we struggle in the moment to recognize our failures, reflection on our conduct after the fact, with the impartial spectator in mind, helps us to face our true selves.”

Adam Smith understood consumers—in the 21stcentury. “There are surprising parallels between what Smith focuses on from his everyday reality and our own. Take technology. Smith inveighs against "trinkets of frivolous utility" that people stuff in their pockets just because they're really beautifully designed to do what they do, not because they actually make their lives better. Consider the Apple Watch. When Apple CEO Tim Cook introduced the device, the first point he made was its accuracy; it will be synchronized to with the universal time standard and accurate to within 50 milliseconds. Well, that's a relief! In the 18th century, Smith noticed that people would pay a premium for a more accurate watch but that it had little impact on their punctuality. They just liked the idea of an accurate watch. The more things change, the more they stay the same.”

Adam Smith was the first behavioral economist. “Traditional economics usually assumes that people are rational. Behavioral economics sees human beings as prone to various cognitive biases that limit our ability to think clearly. We are prone to self-deception and our choices suffer from imperfect or distorted information. Smith was very aware of the temptations and comforts of self-deception. He writes of the ‘mysterious veil of self-delusion’ and of our unwillingness to face up to our faults and imperfections. He saw this fatal weakness as being responsible for half the disorders of human life. I wonder if he underestimated the proportion.”

Adam Smith just wanted you to be happy. “People assume, reasonably, that economics is about money—about the stock market, GDP, interest rates, taxes, and so on. Certainly economics has something to say about those things. But what economics is really about is choice--the fact that in the real world, we can't have everything want, we can't do everything we'd like. So we have to choose. How should we spend our money, yes. But also how should we spend our time. The choices Smith was most interested in were those involving ethical decisions or how much time and energy to devote to friends and family. All these decisions involve tradeoffs, the essence of economics. Ultimately, according to Smith, what we really care about isn't money or material things. They can seduce us but their satisfactions don't endure. What we really care about, says Smith, is the mark we make on those around us—our friends, family, colleagues and then perhaps the wider world. What we really care about isn't how rich we are but about how rich are lives are in the fullest sense of the word. And that, I think—and I like to think Smith would agree—is what economics is really about: How to get the most out of life.”