Amazon Is Having a One-Day Flash Sale on Hot Toys From L.O.L. Surprise and Poopsie 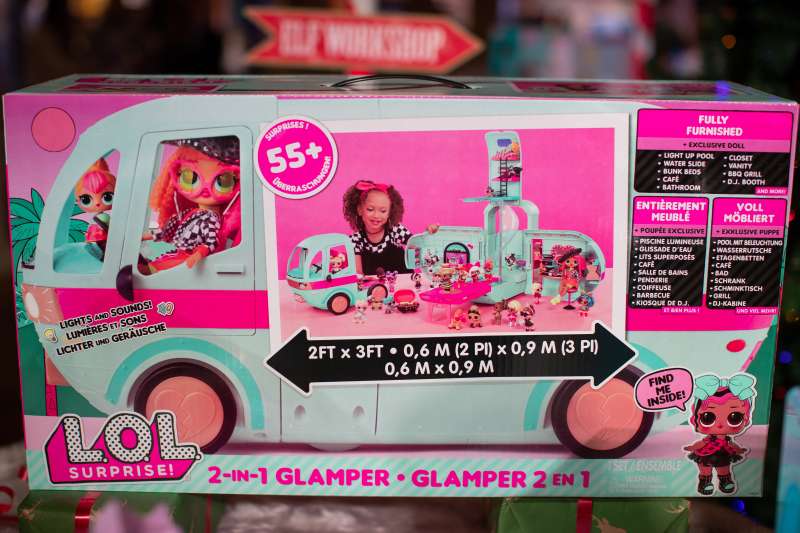 Parents, if you haven’t been gearing up for Christmas shopping, now might be the time to start. Black Friday deals are in full effect, with short-lived flash sales popping up left and right.

The colorful, kitchy, L.O.L. Surprise and Poopsie Rainbow Surprise toys that kids just can’t get enough of will be flying off the digital shelves today, because Amazon just announced a one-day-only flash sale on select toys up to 40% off. The toy deals are a part of Amazon’s ongoing Black Friday Countdown sale, with new discounts launching daily (or even hourly) now through Black Friday, Cyber Monday, and beyond.

For those who aren’t in the know, L.O.L. Surprise toys have been some of the hottest holiday gifts throughout the last few years, and they’ve garnered a huge online following. The big deal with these toys is the “surprise” element, with a variety of doe-eyed part-mythical-part-real creatures that are hidden inside of “eggs” that “hatch” when children open them. Similarly, Poopsie Rainbow Surprise toys are of the same nature, except with dolls in brightly colored wigs and outfits instead of animals.

These toys are usually some of the fastest to sell out, and sure enough, several L.O.L. Surprise and Poopsie toy flash sale deals at Amazon were already sold out early on Friday morning. Obviously, it’s best to get them as early as possible if they’re on your kids’ wish lists. You should also know that Amazon already had a crazy flash sale on these toys in October as a kind of pre-pre-Black Friday celebration, so it wouldn’t be a bad idea to keep your eyes peeled now through Cyber Monday for more of the hottest toy deals.

Take a look at all the toys on sale today and still available when we published this story: