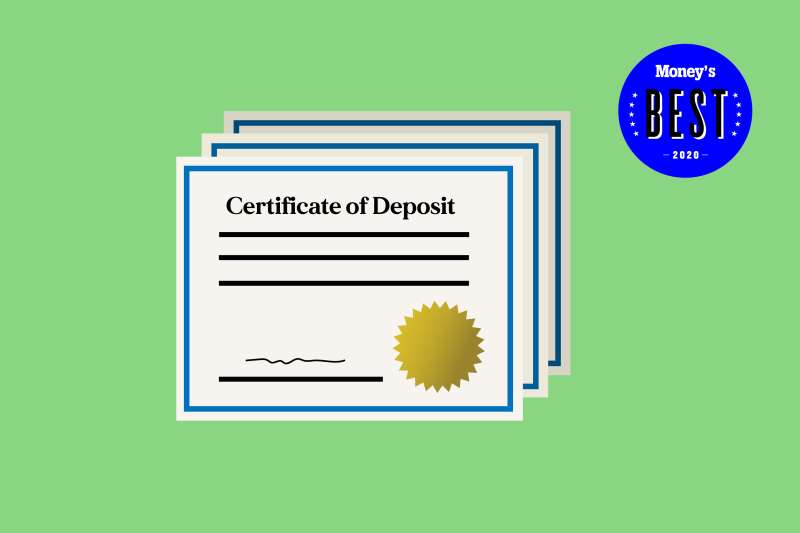 Interest rates quoted are valid as of January 14, 2021, and are subject to change. Check with each financial institution for current rates before making any investment decision.

Certificates of Deposit (also known as CDs) can be a great way to save and grow your money without incurring risk, if you can be patient. CDs require a lump-sum deposit that’s locked in for a predetermined period with a fixed annual percentage yield (APY). That means you make the initial deposit, forget about the money for the length of time it’s locked in, and you get a fixed return based on the rate you were offered when you made the deposit.

While CDs work much like high-yield savings accounts, they often feature better interest rates. The catch is that you have to lock up your savings for an established period or face a penalty if you withdraw early.

With the current financial climate in flux and the Fed slashing interest rates, the annual percentage yields (APYs) of CDs have rapidly fallen. Nonetheless, locking in today’s rates could still be advantageous if APYs continue to decline. CDs are generally considered good investments if you don’t like surprises because you know what the rate of return will be for the set amount of time chosen. They can also be a way to deter you from withdrawing from your hard-earned savings on impulse. If you’re looking to meet short-term financial goals such as growing an emergency fund, or a down payment for a car, look no further.

Save and Grow Your Money Without Incurring Risk - Open a CD Account.
If you want your money to work a little harder but aren't sure about investing in stocks or bonds, look into a Certificate of Deposit (CD). Click on your state to open a CD account today!
Open a CD Account

If you make a CD deposit, only to find a better rate, you typically can withdraw your money early to deposit into a better CD. However, most CDs charge high early withdrawal fees, which can include the interest earned plus a part of the principal. To avoid withdrawal penalties, you should let CDs mature for the amount of time they’re locked in for. In any case, if you’re looking for liquidity in your investment, consider a high-yield savings account instead, which could allow for fee-less withdrawals.

With so many products offering returns on your deposits, it’s important to do your homework to make sure you get the best possible rate. However, the best CDs offer fair terms — such as reasonable early withdrawal fees — smaller minimum deposit requirements, or the ability to withdraw your interest payments penalty-free. Choosing a CD with these features can ensure you get the best yields on your savings plan, while working within your timetable.

Important Things to Know About CDs

Before choosing a CD, consider how soon you will need the money you’ll be depositing, compare the highest APYs, and what term is a realistic goal for your timeline. Each of these companies offer the best rates and minimal account requirements and fees for CDs.

Due to the ongoing coronavirus pandemic — and the Fed’s subsequent interest rate cut — APYs aren’t as high as a year ago. Still, Marcus consistently maintains some of the highest rates on the market: .55% APY on a 12-month High-Yield CD. Further, they even offer a guarantee: If their rates rise within 10 days after you open your CD, you’ll automatically be bumped up to the new rate for the entire length of your term.

Marcus by Goldman Sachs offers two types of CDs: a standard, high-yield CD, and a no-penalty CD. With its standard CD, you’ll pay an early withdrawal fee of 90 days’ worth of interest to 365 days’ worth of interest, depending on your CD’s term length. But with its no-penalty CDs, you won’t pay any early withdrawal fees if you need to use your money before it reaches maturity.

In fact, Marcus’ no-penalty CDs currently have nearly comparable rates (0.35% APY for an 11-month term) to their standard CDs (.55% APY for a 12-month). No-penalty CDs come in 7-, 11-, and 13-month terms, although their APYs decrease accordingly. These instruments make sense for those looking for short-term gains and penalty-free access to their cash.

With a 0.25% APY for a 12-month certificate of deposit, Barclays is currently one of the best banks offering CD options.

Aside from its competitive rates, Barclays stands out by having no minimum deposit requirements, meaning you can put away as little or as much as you want to save. This contrasts with other major banks that require minimum deposits, usually ranging from $500 to $2,000. Additionally, there are no monthly service fees.

Discover Bank is about more than just credit cards — it offers great CDs too. These CDs come in terms of three, six, nine, 12, 18, 24, and 30 months, as well as three, four, five, seven, and a whopping 10 years. Most banks offer only three or four different increments, so you’re sure to find a CD that fits your savings plan, particularly if you plan on laddering your CDs

As with most banks, you can roll the interest generated back into your CD or if you’d rather have that money now, you can opt to have the interest transferred to another Discover Bank account each month. If you withdraw any of the principal (i.e., your starting deposit), you will have to pay an early withdrawal penalty that varies depending on the length of your CD. The penalty ranges from three to 24 months’ worth of interest.

How We Found the Best CDs

To find the best CDs, we only included banks that offer higher-than-average rates, which led to many of our picks being online-only banks. Online banks tend to offer higher rates — and fewer fees — because they have lower operating costs than brick-and-mortar banks, and can pass those savings on to the customer. They also provide the convenience of opening and managing accounts without having to set foot outside your home.

Although most people will be able to keep their deposits in their CDs for the full term length, that’s not always possible. In addition, many people worry about keeping their money tied up at lower rates if they see rate increases on the horizon. That’s why we also placed a priority on banks that offer options, either through different term lengths or through multiple CD types (such as no-penalty CDs, rising rate CDs, etc.) After all, there is no one-size-fits-all savings strategy.

The Pros of Using CDs

CDs are useful savings tools if you’re sure you won’t need the money until a later date. If you want to start an emergency fund, for example, from which you might need to withdraw money at any time, a high-yield savings account might be the best answer. But for long-term savings goals where you have a defined date in mind, such as buying a house or a car, or if you won’t need the money for the next couple of years, a CD is a secure instrument that can allow you to earn a steady interest.

CDs are also great tools for spenders who tend to withdraw money from their savings accounts too soon. Having your money locked up — with a penalty to pay for withdrawing it early — can help you stay on track with your savings goals no matter what.

Opening a Certificate of Deposit (CD) account can be a safe way to grow your savings.
A CD account is a great financial tool to build your savings for a short-term goal. Click below to open a CD account.
Open a CD Account

The Cons of Using CDs

The biggest disadvantage of using CDs is that you’re locking your money away for a long period of time. No one can predict the future and there may be a time where you need to withdraw your money early. In that case, you could pay a substantial penalty for doing so.

Another strike against CDs has to do with changing economic conditions. Right now we’re in a low-interest-rate environment. CDs just aren’t paying out very much compared with historical rates. If you sign up for a five-year CD now in order to get the highest currently available rates, there’s a good chance that rates will rise at some point over the next five years and you could end up missing out on higher APYs. Of course, the opposite could also be true and rates could go down even further.

It’s also important to consider the impact of inflation on your savings. The historical inflation rate is somewhere near 2% per year, so unless you’re earning at least that much in interest, there’s a chance your money will be slowly losing value over time.

Despite recent APY decreases, it’s still generally true that CDs offer higher rates than high-yield savings. You could still find an online bank that offers higher returns on savings accounts right now, but those rates could go down at any time. The advantage of a CD is that you can lock in the APY for however long the term is.

CD Laddering: The Best of Both Worlds

One of the universal truths of CDs is that long-term CDs pay higher rates than short-term CDs. But locking your money away for five years or longer has its own risks, especially if you might need that money at some point. That’s why many people recommend a CD laddering strategy because it allows you to earn money at relatively high rates but still have access to your deposit.

It’s a simple approach that requires you to do some basic math upfront. First, take the total amount you want to set aside, and divide it by five. Many CDs require at least a $500 minimum deposit, although $1,000 is a more common amount. That means you’ll need at least $2,500-$5,000 to start.

Next, open a series of CDs with staggered one-year intervals. For example, you’d place $1,000 each in a one-year, two-year, three-year, four-year, and five-year CD. Then, each time a CD matures, you can either withdraw the money if you need it or roll it over into a new five-year CD. After five years, all of your money will be locked away in five-year CDs, but because of the staggered start times, you’ll still be able to withdraw one small pot of money each year without paying any penalties.