The Best Grills and Smokers for Your Money, According to BBQ Pros 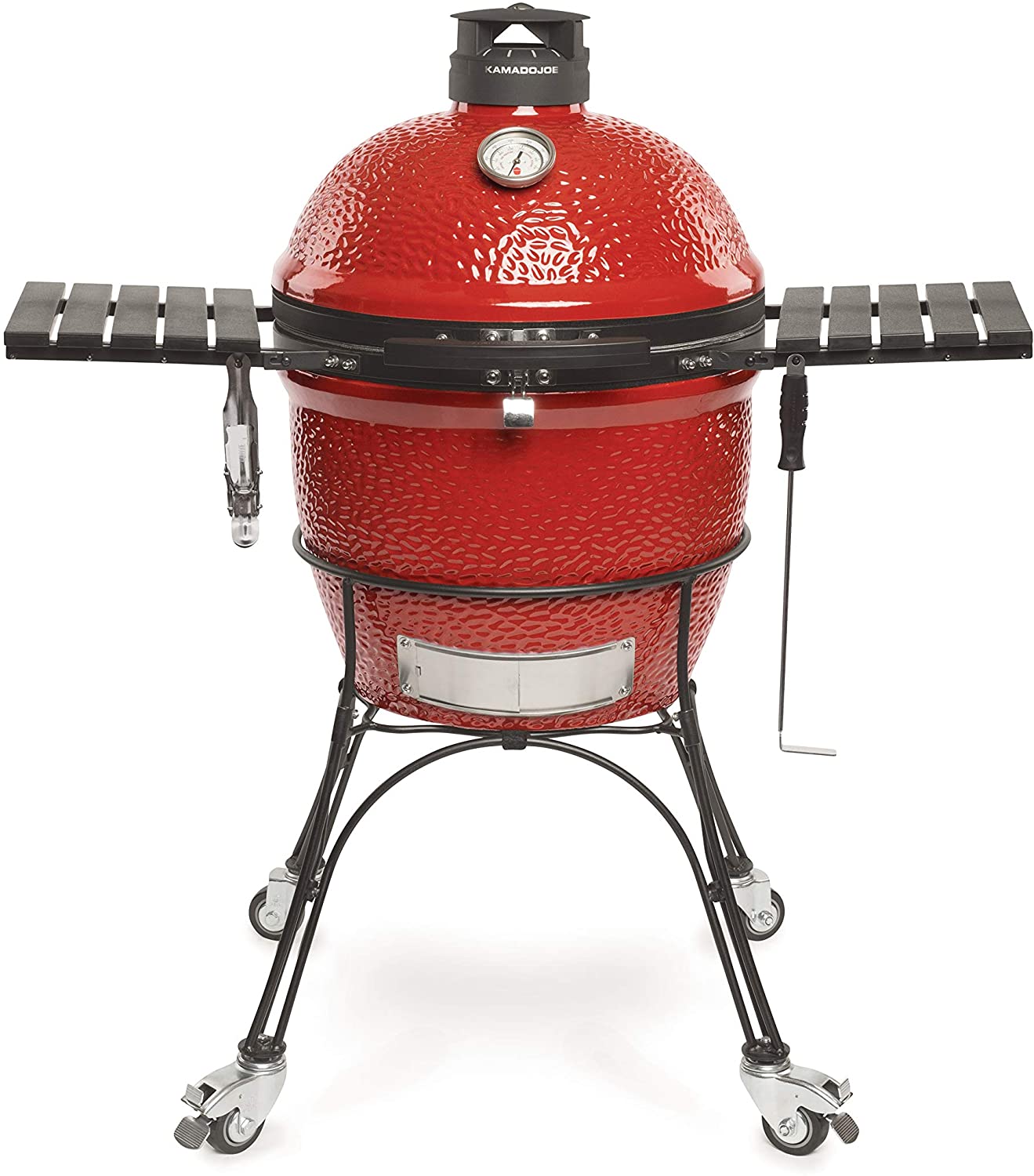 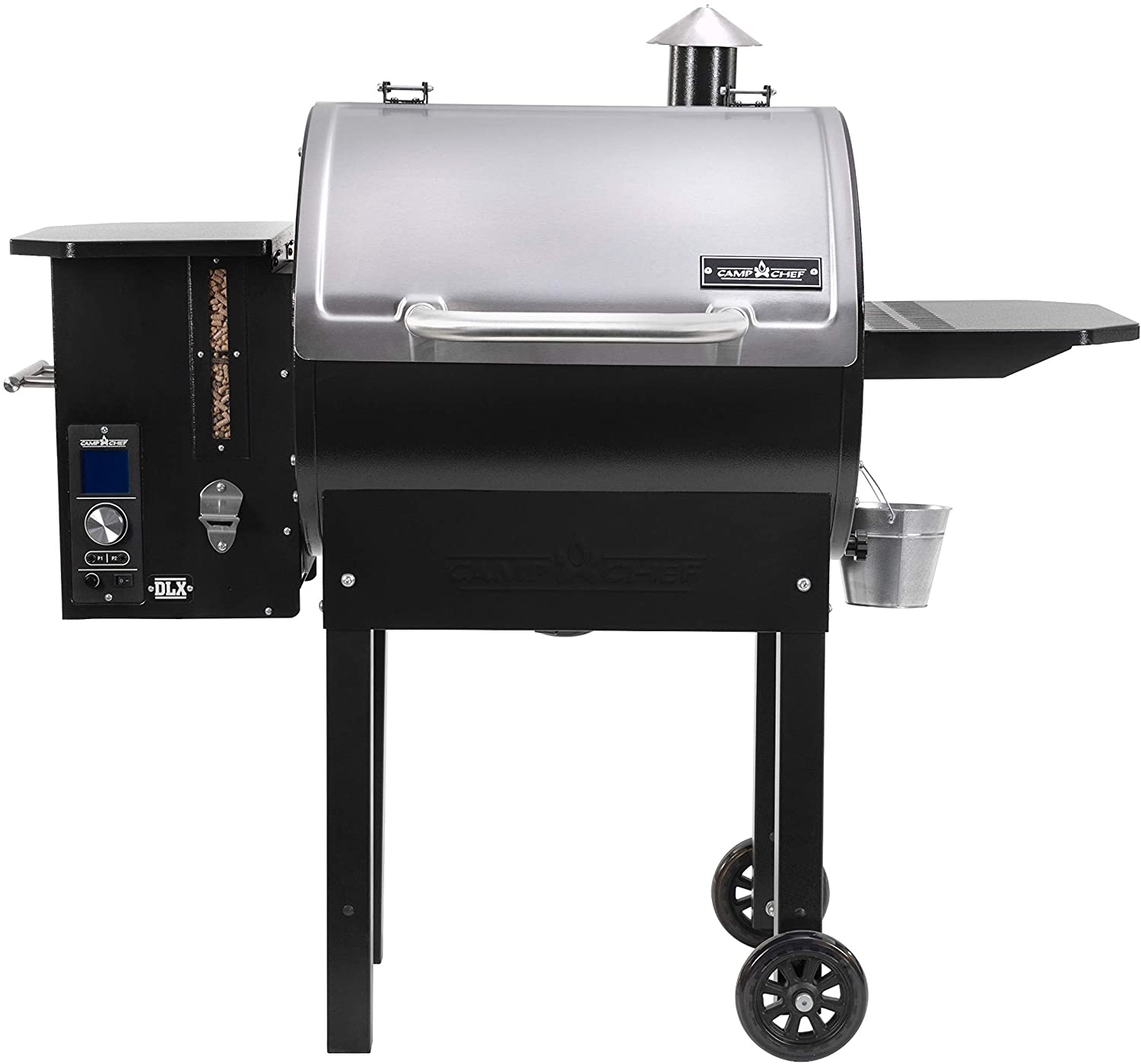 • Affordable “set it and forget it” smoker/grill combo

• Simplicity helps take your cooking to the next level 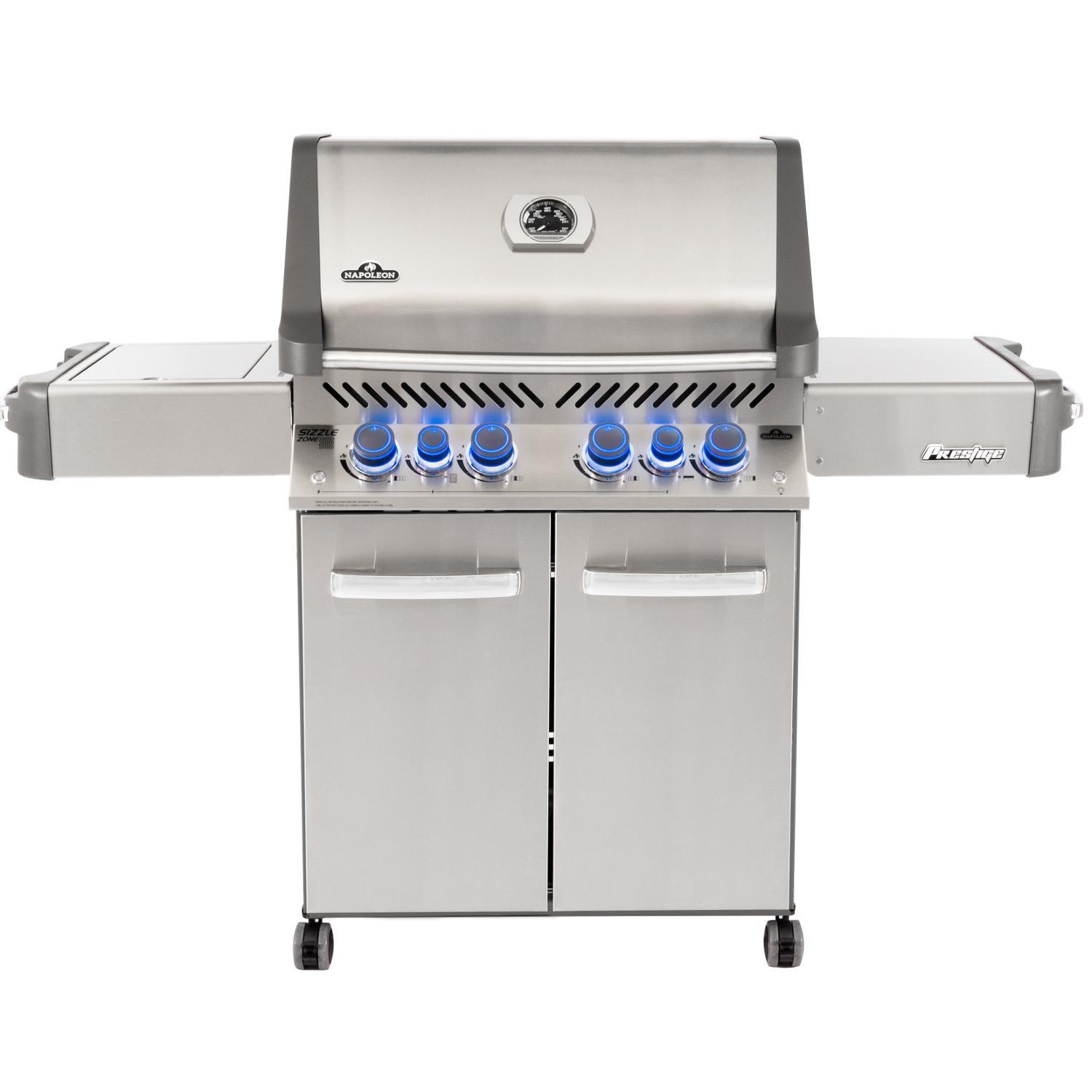 • Deluxe grill with ample space to cook for big groups 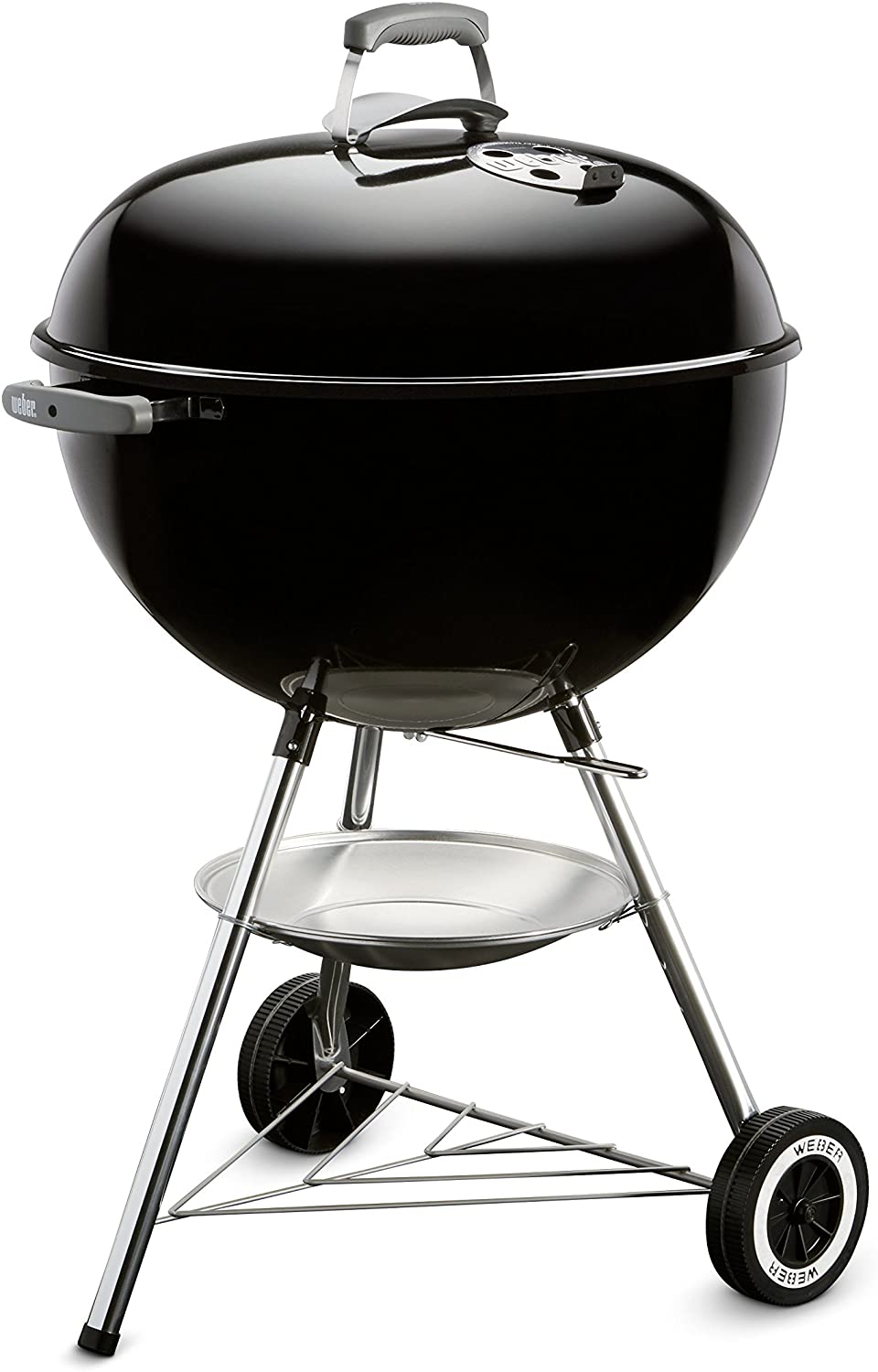 • Big enough for most cookouts

• Perfect for a no-frills grilling experience 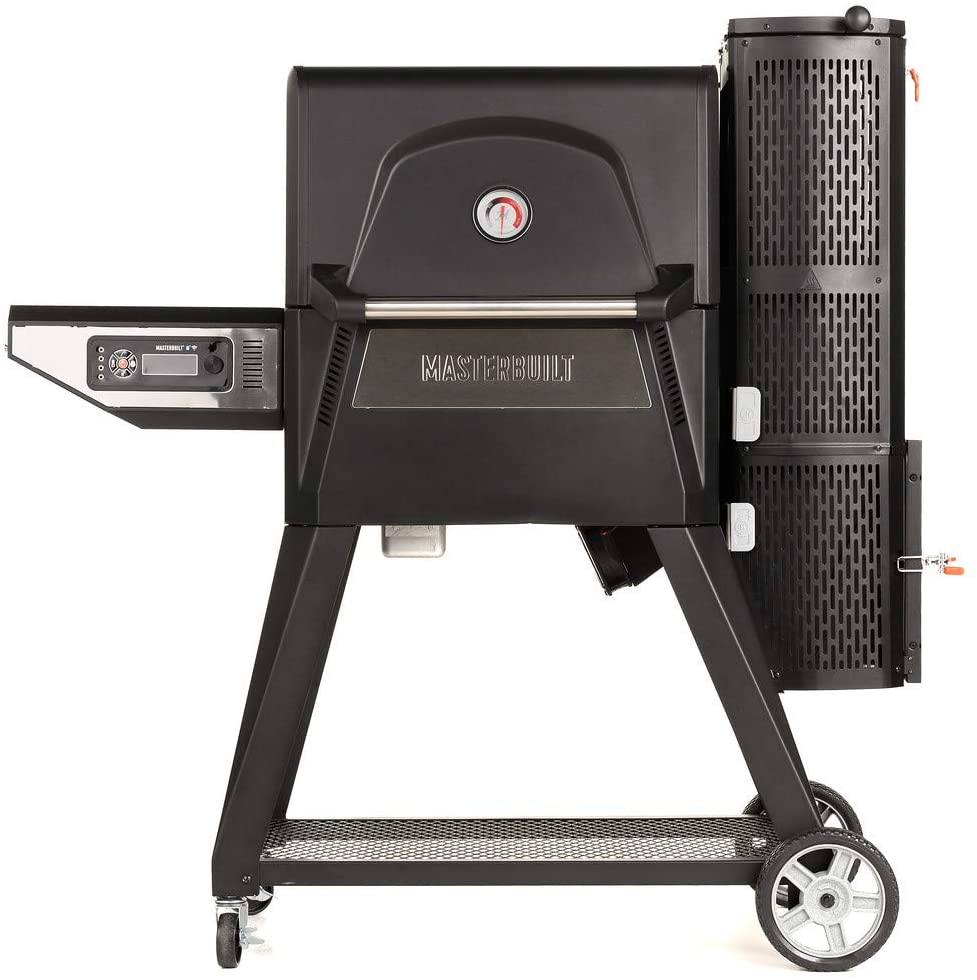 • Wi-Fi-enabled "smart" grill you can monitor from your phone

• Reasonable price given all of the features

• Affordable “set it and forget it” smoker/grill combo

• Simplicity helps take your cooking to the next level

• Deluxe grill with ample space to cook for big groups

• Big enough for most cookouts

• Perfect for a no-frills grilling experience

• Wi-Fi-enabled "smart" grill you can monitor from your phone

• Reasonable price given all of the features

If you have a backyard, deck, or accessible rooftop, plus an appetite for meat and enough cooking skills to at least avoid burning down the house, you should probably own a good BBQ grill. But which one is right for you?

You can spend a lot if you want to do pro-level work, or at least impress the neighbors with the fanciest high-end grill on the block. But if you're just looking to routinely cook some burgers and dogs for the family, you can keep it relatively cheap.

First, let's use The Spruce Eats to get some basic terminology down, in case you're new to this. To very briefly summarize a skill set that people spend years mastering, some chefs use their BBQ grills to, well, grill, which means to cook food quickly over a hot fire. This is perfect for, say, hamburgers, skirt steaks, or anything else that only needs a few minutes, and it is not too difficult a skill to pick up quickly.

Barbecuing is different than grilling. When you are properly barbecuing, you are cooking large cuts of meat such as pork shoulders and rib roasts on low heat (The Spruce Eats says between "190 and 300 Fahrenheit") for a few hours.

When you are smoking meat, meanwhile, you should be using even lower temperatures (between "125 and 175 Fahrenheit") for even longer, perhaps even 24 hours, so your food is cooked mostly by smoke. Each of these techniques delivers different flavors, and those flavors can vary based on how you brine and spice your meat and what sort of wood chips, charcoal, or other fuel you use to maintain the fire.

With that said, here are some grills that are great for cooking, and might look just lovely in your backyard, as recommended by professional pitmasters and barbecue experts.

If you're planning a backyard BBQ party, it can be helpful to have a grill that lets you handle as many different meals at the same time as possible. Chef Tony Matassa from the online resource and grill store BBQGuys says that "Kamado grills are known for being able to perform pretty much every cooking style, and the Kamado Joe Classic II might be the perfect example of that," he says. "It’s an all-in-one grill, smoker and oven, plus it has a multi-level cooking system that allows you to create indirect heat for something like a whole chicken while searing steaks at the same time. It’s versatile enough that frequent grillers won’t get bored with it."

That price tag might look high, but Matassa considers it "a steal. It comes with an infrared side burner for easy searing, a rear infrared burner for your rotisserie, and an overall high level of performance," he says. "That’s a lot to ask of a single gas grill, which is why the Prestige is one of our favorites, especially at this price tag."

If you're just starting to dip your toes into the delicious river of BBQ and not sure you want to invest too much just yet, Hugh Mangum, co-founder and pitmaster at the New York-based franchise Mighty Quinn's Barbeque, suggests you start with the basics.

"For everyday use, quality, value and timelessness, a round Weber grill is my go-to," he says. "It’s classic and timeless for a reason. Its parts are all replaceable and they last forever. I’ve had one for 15 years and it’s still going strong."

Shelley "Butch" Anthony is the owner of This Is It! BBQ & Seafood, which operates 11 locations around greater Atlanta. He recommends the "old fashioned 55 gallon drum grill, as it delivers the most old fashioned, true BBQ flavor of all other grills. Since I specialize in southern BBQ at my restaurants, I like that extra smokey flavor that comes from these old-fashioned grills," he says. "I recommend using a piece of hickory wood covered in charcoal to achieve the best flavor for grilling using a gallon drum grill."

Willie Griggie, the owner of Hattie Marie's Texas Style BBQ & Cajun Kitchen, which won the “Best BBQ in Atlanta” award in 2019 from Atlanta Journal Constitution, says the Camp Chef pellet grill and smoker, is for "that person who wants to take their food to the next level."

"This is perfect for smoking your favorite meats at low heat. The savory wood-fired flavor is something that lots of people enjoy with their ribs, both pork and beef ricks," he says. "The smart smoke technology, patented ash-clean out system, and dual LED temperature readouts makes this a go-to item when barbecuing.

"The Automatic Pellet Auger and Electronic Auto Start Ignition is set to where you don’t have to worry about putting fuel in every minute or lighting it up repeatedly."

When you really get into the pitmaster lifestyle, there are all kinds of knobs you can twiddle and vents you can mess with. But when you're starting out, it's best to keep it simple. Known as "the female Ron Swanson" by her fans, Jess Pryles is a live-fire cook and author who appears regularly on Food Network, and she knows that sometimes less is more.

“Coming in at what is a bargain price for a grill, under $500, the Masterbuilt gravity-fed smoker is a far more user and wallet-friendly alternative to pellet grills. The charcoal is more convenient to source, and there are far less moving parts," she says, which make for a "massively decreased potential for expensive repairs than a pellet unit. But it still offers that irresistible 'set and forget' convenience with a great smoke profile."

If you are interested in becoming a BBQ-head, but you're also a busy person with a family to feed, Greg Power, the pitmaster at Powerhaus BBQ in Martinez, Georgia, thinks a Pit Barrel is a nice time-saver for the burgeoning cook.

“I cook everything on it. You can hang meats to smoke or remove the lid to get a high heat sear for steaks and burgers. It is an affordable option in the market that is ideal for cooking for the family or a home BBQ," he says. "I have other cookers that I use for large catering jobs, but there is nothing like the set-it-and-forget-it Pit Barrel for the home cook. It will do everything you need a smoker and a grill to do. It’s my number one go-to cooker.”

You like to grill and smoke. You also like sitting on your couch. You can combine these pleasures with the wifi-enabled Traeger Pro 575 grill and smoker, which is recommended by Bryan Mroczka, head pitmaster for the Florida-based franchise Sonny’s BBQ. "This is a great medium level pellet smoker," he says. "From the convenience of your couch or at the grocery store you can adjust your temperature of the smoker or monitor the internal temperature of what you are cooking."

Do you worry that you just don't have the time to master the delicious art of smoking meat? Then Matassa recommends the Camp Chef Woodwind.

"BBQ smoking is usually a very involved, all-day process, but Wi-Fi pellet grills make it almost effortless," he says. "Its real value is in the attached propane sear box that lets you grill hot and fast, in addition to low-and-slow smoking. You’re basically paying for two grills in one, all at a very agreeable price for something that performs this well."

So you've got grilling down cold and you can properly barbecue a chicken. If you think you might be ready for the next step, Mangum, from Mighty Quinn's Barbeque, suggests the Green Egg, "for the enthusiast who wants to grill and potentially dabble in a bit of smoke," he says. They are really user-friendly and have amazing heat retention. They don’t have a large surface area, which is their biggest limiter, but they can accommodate a couple of pork butts which is more than enough for someone who isn’t completely committed to becoming a pitmaster just yet."

The Best Garden Tools for Your Money, According to Gardening Pros

The Best Air Purifiers for Your Money to Fight Seasonal Allergies

The Best Microphones and Home Recording Equipment for Your Money, According to Podcast Pros