Where the Candidates Stand on Your Family and Education 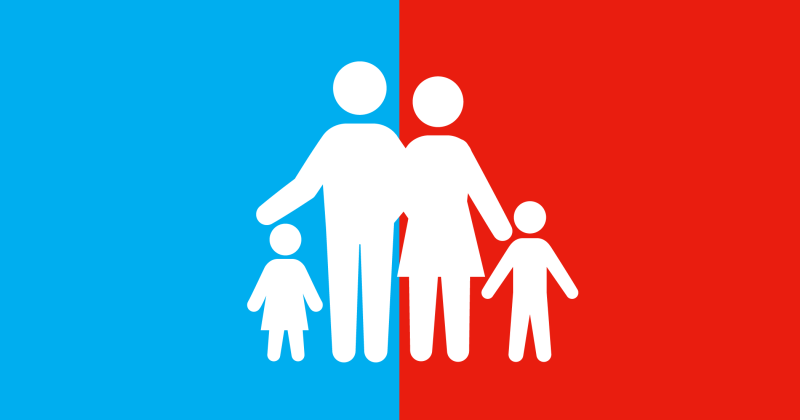 College is the gateway to higher lifetime earnings. But tuition has skyrocketed, and millions struggle with student debt. How can you handle the high price of higher ed? Also crucial for families: How do you find affordable child care that helps you balance work and a career?

Clinton proposes free tuition at in-state four-year public colleges for families making up to $85,000, a ceiling that would rise to $125,000 by 2021. She has also said college should be “debt-free” for everyone, but gives no details.

She intends to help working parents by capping child-care expenses at 10% of families’ income. How? Through programs such as universal prekindergarten and by doubling the child-care tax credit to $2,000 per child.

New parents, plus those caring for ill family members, would also be guaranteed up to 12 weeks of government-subsidized leave, at a minimum rate of two-thirds of their salary. The U.S. is the only developed nation without paid leave (at big companies, you are entitled to unpaid leave). “We’re going to make it much more affordable” to be a working parent, Clinton adviser Shapiro says.

Read More: Everything You Need to Know about Clinton’s and Trump’s Plans for Your Wallet

Trump has no formal college proposal. He does have a paid family leave plan, but it would apply only to new mothers—not fathers or other caregivers. His plan grants six weeks of paid leave instead of Clinton’s 12. The benefits, paid through unemployment insurance, would average $300 a week, less than half of U.S. median weekly earnings of $824.

To ease the burden once moms return to work, Trump calls for making child-care spending deductible, up to the average cost in each state, even if you don’t itemize deductions. That would be available to singles earning less than $250,000 and couples making less than $500,000. He also adds a new credit of $1,200 to the existing child tax credit.

Plus, Trump seeks a new “dependent care savings account,” in which parents contribute up to $2,000 a year tax-free, then spend the money on child care, private school, or after-school enrichment. Lower income families would get a $500 match on the first $1,000 they sock away.

WHAT IT MEANS FOR YOU

Students at in-state public colleges, who today pay an average of $9,400 in tuition each year, would certainly benefit under Clinton’s plan. Trouble is, tuition makes up less than half the costs for undergrads living on campus, the College Board reports.

Universal pre-K would mean big savings for families with 4-year-olds. Preschool bills for these parents currently run from roughly $4,000 in Mississippi to $17,000 in Washington, D.C., the Economic Policy Institute says.

Like his tax plan, Trump’s child-care proposal has drawn criticism as skewed toward the wealthy. As it’s mainly a deduction, those with big tax bills would get the most back.

Could President Trump or President Clinton push his or her slate of ambitious economic plans past a recalcitrant Congress? Maybe. History shows Presidents have a knack for getting their way, at least early in their tenures.

Want to know what the candidates have said about pocketbook issues? Read: