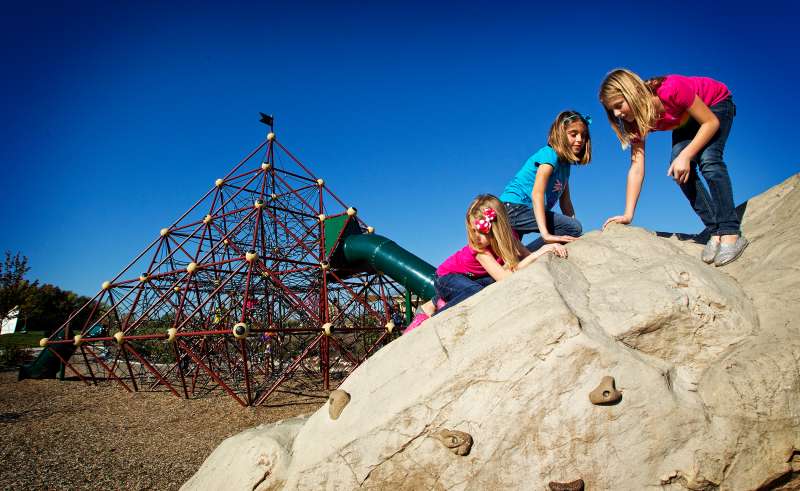 Courtesy of the Town of Lee's Summit

This Kansas City suburb is becoming a destination of its own. Downtown teems with local restaurants, shops, and a twice-weekly farmer’s market recognized as the best in the state for three consecutive years. Residents can partake in any number of community events, including a Halloween parade that encourages families (and their dogs) to dress in costume, free concerts in the park, outdoor yoga, and seasonal festivals. And the 692-acre Legacy Park offers an amphitheater and lake, among other amenities.

Then there’s job growth. In 2015, Cerner Corporation, a global healthcare IT company, announced it would invest some $500 million to expand a data center in Lee’s Summit’s up-and-coming tech corridor. Another $200 million is being invested in apartments, office and retail space, and a hotel. On top of that, major corporations such as Sprint and H&R Block have their headquarters in the Kansas City metro area. Consider that a single-family home typically costs around $210,000 and that the town has great schools—including Summit Technology Academy, which combines classwork with work experience in the fields of science, technology engineering and math—and it’s no wonder Lee’s Summit makes our list.