How the Budget Deal Will Change Medicare and Social Security 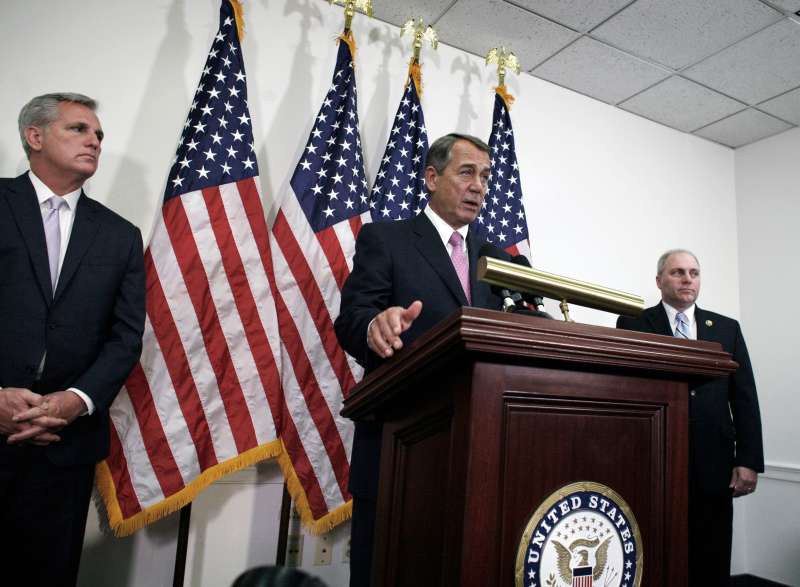 The 11th-hour budget and debt-ceiling deal passed by Congress has not yet been signed by President Obama, but is expected to include relief for the millions of older Americans receiving Medicare and Social Security benefits. As it now stands, the agreement will ease the huge hikes in monthly premiums and annual deductibles for Part B of Medicare that were set to go into effect next year, as well as prevent big cuts in Social Security disability benefits.

But alongside these positive developments, the deal also makes arguably even more important changes to Social Security, including ending the popular “file and suspend” Social Security claiming option, which would be repealed just six months after passage of the budget bill.

The Obama Administration has sought for two years to eliminate file-and-suspend, which officials criticized as a strategy that mainly benefited more affluent couples. (More about file-and-suspend in a moment.) But even experts who expected the provision to be repealed said they were surprised at how quickly the change would go into effect. Here’s how that provision, along with other fixes to Medicare and Social Security, will play out if the bill is enacted:

The agreement for Medicare Part B calls for a $7.5 billion loan from the U.S. Treasury to help cover expenses and soften the 52% premium hikes that were looming for 30% of beneficiaries. (Medicare Part B covers the costs of doctor’s visits, outpatient services and durable medical equipment.)

All of which meant that the remaining 30% of beneficiaries would have had to pay the full amount Medicare would need to collect from Part B premiums. For those with incomes below $85,000 ($170,000 if filing jointly), costs had been projected to climb a steep 52% from $104.90 a month to $159.30. The same percentage hike was forecast for the larger Part B premiums paid by higher-income beneficiaries.

Under the loan agreement, Part B premiums will rise just 15%—to $123 a month instead of $159.30. This amount includes $3 that will be applied to repaying the loan. Beginning in 2017, all Medicare beneficiaries will have to make these monthly loan repayments. At that time, Medicare will assess how to handle future loan payments, and the total premium amounts may end up being lower, depending on how the program performs.

All Part B beneficiaries will pay higher annual deductibles, which will rise 15% next year—from $147 a month to about $167. (Some people with Medigap policies and those on Medicare Advantage plans do not pay some or all of this deductible, which is the amount you must pay out of pocket before insurance coverage kicks in.)

The Social Security Disability fund is scheduled to run out of money in about a year. The draft bill will permit Social Security to pay all its disability claims until 2022 by shifting payroll tax revenue away from the larger retirement fund and into this program. Without this reallocation, those on disability would have seen 20% cuts when the funds were exhausted.

The bill also includes measures to combat fraud in the program and to create a pilot program that would make it more financially appealing for disability recipients to return to work.

Under the budget deal, the file-and-suspend option will end six months after the bill is passed, according to Web Phillips, a Social Security expert at the National Committee to Preserve Social Security & Medicare. After that, if you voluntarily suspend your benefit, you will not be able to claim benefits based on anyone else’s earnings record, and no one will be able to claim benefits based on your record.

This change will have a far-reaching impact on how and when you can claim Social Security benefits. For example, you can no longer file and suspend to enable your spouse to file for a spousal benefit or to enable benefits for school-age children, since filing for your own retirement benefits is usually a precondition for starting family benefits.

If the deal is enacted, the only way to enable such a benefit would be for you to file and actually begin receiving your own retirement benefits. Doing so, however, will prevent you from earning delayed retirement credits, which accrue at the rate of 8% a year and thus can add 32% to a your lifetime benefits if you wait till age 70.

The bill will also end the ability to suspend your benefits and later collect a cumulative lump-sum, or retroactive, payment equal to all of your suspended benefits, says Phillips.

There will also be changes to a complex set of Social Security rules known as “deeming.” Right now, if you are younger than full retirement age and file for a retirement or spousal benefit, you are deemed to be simultaneously filing for all benefits for which you are eligible. You do not receive the full amount of both benefits but a payment that is roughly equal to the greater of the two. At full retirement age, however, you can file what’s known as a restricted application just for spousal benefits and avoid the deeming problem. But the bill would extend deeming to age 70. That effectively means that if you are younger than 62 at the end of this year, you will be deemed, regardless of the age at which you file.

The bill will end the ability of a couple to have one spouse file and suspend while the other files only for their own spousal benefit. But the rules say nothing about a similar strategy: one spouse might file for retirement, thereby enabling the other spouse to file for spousal benefits and earn delayed credits for his or her own retirement benefit. For married couples who will be 62 at the end of this year, and not affected by the change in deeming, this may be your best strategy for maximizing benefits.

Read next: Here’s What the Republicans Plan To Do About Taxes and Social Security