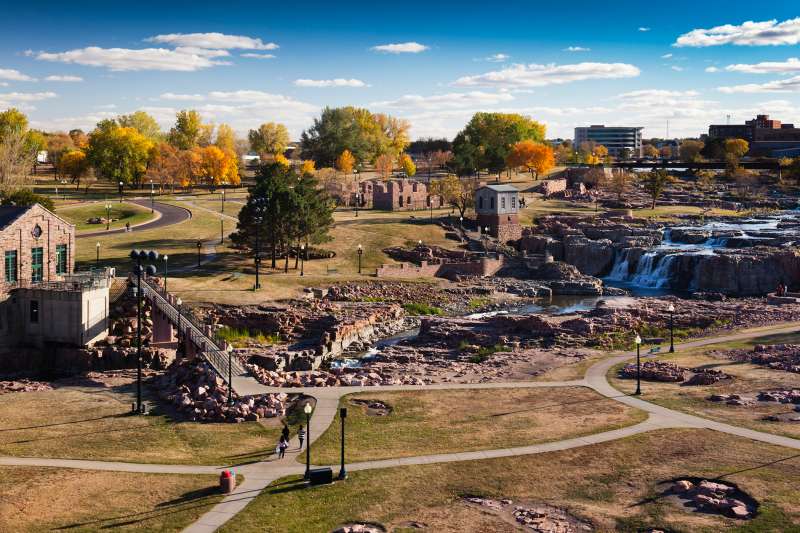 Named for the picturesque Sioux Falls it surrounds, this growing city has developed into a hub of entertainment and community life. Events like the annual summer SculptureWalk, which features art celebrating the city’s history, or monthly “First Fridays,” where businesses and restaurants stay open late and organize live music, are always sure to draw bring crowds together on the banks of the river. Sioux Falls also, unique for the towns on our list, has its own hockey, basketball, and baseball teams. Events are played at venues around the city, and enthusiastic fans contribute to the hometown atmosphere.

The city ranks high, though, not only for its energy but also for its growing economy and opportunity as well. Although originally an agriculture-centered town, Sioux Falls has shifted into the service sector, and financial companies like Citibank and Wells Fargo have headquarters here, as well as large healthcare firms like Sanford health, which provides thousands of jobs. With such a strong combination of community and economic stability, Sioux Falls deserves its spot in Top 50.