Money Survey: 76% of Young Americans Say the Pandemic Has Impacted Their Living Situation 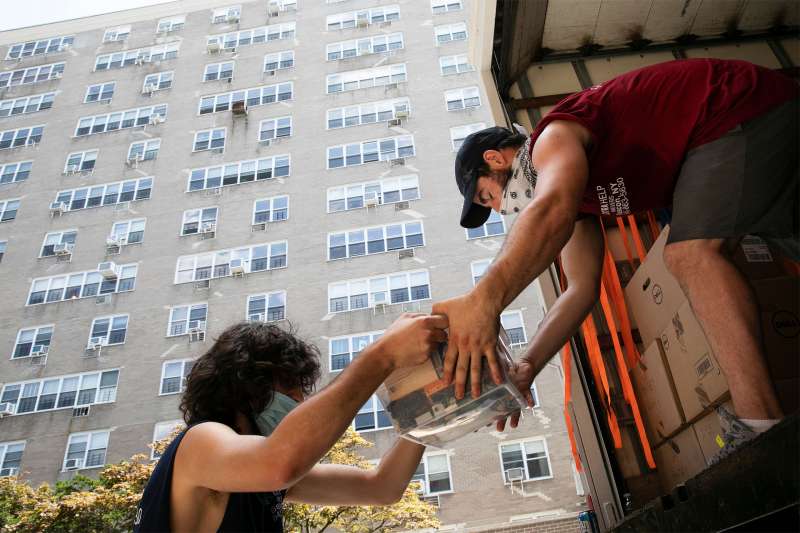 With no clear end to the coronavirus pandemic in sight, young Americans who made temporary moves in March and April are now thinking about more permanent housing options.

A new Money/Morning Consult poll shows that 39% of 18 to 34 year olds say they are considering moving out of their current home in the next year. According to the U.S. Census Bureau, in a typical year about 29% of people in this age group move, compared to 15% of the broader population. Mobility tends to go down in an economic downturn, but the pandemic appears to be radically altering this trend.

Money and Morning Consult conducted a national survey of 2,200 adults in mid-July. We asked about recent or upcoming housing decisions such as buying a home, moving out of a residence, or refinancing a mortgage. We also looked at what extent current events are impacting American’s thoughts about moving.

Overall 69% of Americans say the coronavirus pandemic has influenced their living situation. Sixty-one percent say the same of the economic downturn, while 34% say historically low mortgage rates have them on the move or thinking about it. Across every category, the youngest adults were the most likely to say they are feeling an impact.

Existing research indicates young people were most likely to be displaced in the early months of the pandemic. College students were told to move out of campus housing. Twenty-somethings left apartments and roommates to work from their childhood bedrooms. Thirty-somethings rushed to secure suburban rentals so their children could play outside. Seventy-six percent of young Americans told us that the health crisis is changing their needs or circumstances.

Responses from people in the 35 to 44 year old age group were similar to the youngest adults, but older Americans were much less likely to say their living situation has changed due to COVID. In fact, 43% of seniors say the coronavirus has had no impact on their living situation at all. Older people, after all, are more likely to own a home, to have substantial equity in it, and to have roots in a community.

Set your sights on a new home.
With Quicken Loans, you can stop dreaming about becoming a homeowner and make it a reality. Click below for more information.
Get Started

About 30% of 18 to 34 year olds say they are considering purchasing a home—compared to just 18% of respondents overall—almost the exact same number that say they decided to postpone buying. That seeming contradiction—between people moving forward and halting buying—may reflect the stark difference in how people are experiencing the current moment.

For people with steady employment and the ability to work from home, there is evidence the last few months have presented an opportunity to save, maybe pay off some debt and improve their credit scores. These people are more likely to have location flexibility with their work, let alone the resources, to take advantage of historically low mortgage rates.

In good times and bad times, everyone is united in one economic goal: saving money.
Further expand your financial knowledge on how to save efficiently with key findings from Synchrony's Money and Savings Guide, free to download below.
View Interactive Report

The survey, conducted the same week the average interest rate on a 30-year fixed rate mortgage crossed below 3% for the first time, shows that 48% of 18 to 34 year olds say low rates are playing a role in their thinking about housing. That’s more than any other age group.

An even larger share of young people, however, say the job market is influencing their living situation. Sixty-six percent say the current job market is having some impact, compared to 48% of adults overall.

According to the Bureau of Labor Statistics, in June the overall unemployment rate was 11.1%. (That’s down from the April peak but still higher than any other period since the Great Depression). For 25 to 34 year olds the rate was 11.7%. For 20 to 24 year olds it was a stunning 19.8%.

“In today’s environment, if you are shopping [for a house] you still have a job. Your ability to work remotely and derive income are crucial,” says George Ratiu, senior economist at Realtor.com, noting that recession-wary lenders have been increasing credit score and down payment requirements. “If you don’t fit that profile, now may be a harsher time.”

Keep it simple with a Moving Company.
By hiring a Moving Company, getting set up in your new place will be easy and convenient. Make it happen today by clicking below.
Get Started

The Best Mortgage Lenders of 2020

Nearly Half of Americans Say They Won’t Be Able to Pay Their Bills Without a Second Stimulus Check, New Money Survey Finds

How Low Are Mortgage Rates Right Now? Just Look at the Sky-High Numbers From the ’80s and ’90s