Mortgage Rates Are at Record Lows. But What Does It Take to Actually Qualify for a 3% Loan? 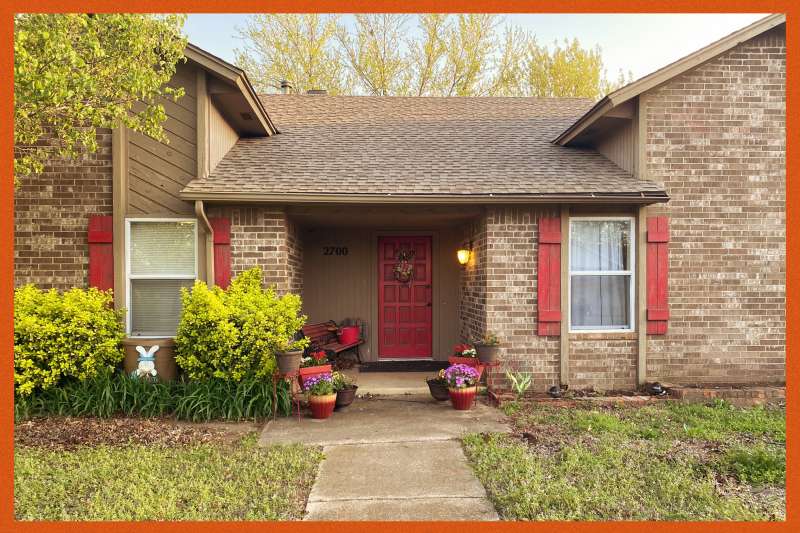 When Tina Sorick refinanced the mortgage on her Edmond, Okla., home in June, she found it hard to complain about her new rate. After all, it dropped by more than a full percentage point, going from 5.25% to 4.2% in one fell swoop. She was also able to get a shorter loan term, which will mean paying that debt off nine years sooner.

Still, the rate wasn’t exactly what Sorick was pulling for when she initially applied. “I was actually hoping for a bit lower,” she says. “I had heard that COVID-19 was making interest rates drop, so I was hoping for something in the 3.5% range.”

It’s true: rates have been declining since the coronavirus pandemic first emerged in the U.S. Just last week, rates dipped to 3.07%—the lowest point on record and the fifth all-time low since March, according to Freddie Mac. While those numbers certainly look good in headlines, the truth is not all borrowers will snag them.

That’s because mortgage lenders have tightened credit standards in recent months, largely due to economic uncertainty surrounding the pandemic. Given these new standards, Sorick’s credit score—which falls into the “good” category for all three major credit bureaus—likely played a role in her less-than-ideal rate.

“We’ve certainly seen a tightening in credit availability over the last few months,” says Joel Kan, head of economic and industry forecasting at the Mortgage Bankers Association. “As things get weaker or more uncertain, lenders tighten their credit standards, and they raise their credit score requirements. Things may be a little bit harder for someone with a lower or marginal credit score.”

According to MBA’s monthly credit availability index, loan-to-value standards are also getting stricter. Many lenders are cutting back on low-down payment options. Jumbo loans—or those above $510,400 in most counties—have been harder to come by, too. Throw in the tenuous job market, which saw another 1.4 million Americans file for unemployment last week, and lenders are being extra cautious about who they approve for mortgage loans these days.

Experts largely agree that improving your credit score can boost your chances at a low-interest rate. As Shant Banosian, a loan officer at mortgage lender Guaranteed Rate, puts it, “The most important thing that a borrower can do is have the best possible credit score.”

Take Colin and Katy Lord, for example. With 800-plus credit scores in tow, the Nashville couple was able to refinance their 30-year conventional loan down from a 4.25% rate to 3.2% in June saving them about $350 per month.

Though 800 scores like the Lords’ aren’t required to get a low rate, having an “exceptional” credit score certainly doesn’t hurt. A recent study from home investment startup Haus shows that moving your credit score from “bad”—meaning less than 600—to the 750-plus range can reduce your mortgage rate by about 42 basis points, on average.

For smaller jumps in score, the improvement is less extreme. Those who take their scores from the sub-600 range to between 650 and 699, for example, see a spread of about 17 points—or the difference between a 3.33% rate and a 3.5%. Though it seems small, over time, the savings could be significant. On a $200,000, 30-year loan, for example, that difference would save a borrower nearly $5,000 in interest costs.

Still, credit score improvements aren’t easy to come by—nor will they happen fast enough to snap up today’s low rates. “Conventional wisdom suggests that improving one’s credit profile before buying a home or refinancing is the key to getting the best rate,” wrote economist Ralph McLaughlin in the Haus report. “While doing so can certainly help, the benefit may not be as large or as easily obtainable as one might think.”

Fortunately, lower-credit borrowers still have options. At the top of the list? Good old comparison-shopping.

Shop around, save more

On any given day, borrowers have hundreds of lenders to choose from, each with their own rates and qualifying standards. And in a low-rate, high-demand market like today’s, those factors seem to diverge even more than normal, according to experts.

“There’s always a variation in rates across lenders,” Kan says. “We’re still at a point where the capacity as an industry is pretty saturated. Some lenders are able to get through their applications better than others, so they’re able to lower their rate a little bit to generate more business. If you have a lender who’s backlogged, they’re going to still have rates pretty high to slow that inflow.”

Data from loan marketplace LendingTree proves as much. According to the latest numbers, there was as much as 69 basis points between the lowest and highest purchase loan offers in June—and that was just for the most qualified buyers. Such a difference can mean more than $35,000 in extra interest paid over the course of a 30-year $250,000 loan.

“Rate spreads have been wide in 2020 as the mortgage industry has been affected by the volatility in financial markets,” says Tendayi Kapfidze, chief economist at LendingTree. “Lenders are also adjusting pricing to a greater extent than normal to manage volume and profitability, thus the benefits of shopping around are significant.”

But shopping lenders isn’t the only way borrowers can snag those bargain-basement rates. Experts say choosing the right loan product can also help, too. According to Hernan Garcia, a mortgage broker with Oakdale Mortgage in Houston, borrowers with credit scores down to 680 can lock in rates as low as 2.5%—as long as they choose a government-backed FHA or VA loan. “The government has more lenient guidelines and more attractive pricing because it wants to promote homeownership,” Garcia says.

Both government options come with a catch, though: VA borrowers must be a veteran or active military member, while FHA loans require costly mortgage insurance—called MIP—often for the life of the loan. “Rates on FHA loans are actually some of the lowest rates offered amongst any product offered,” Banosian says. “The reason that FHA is able to offer such low rates is because they charge a monthly and upfront mortgage insurance premium that defers some of the cost on the interest rate.”

Conventional loans, on the other hand, come with stricter standards and, typically, slightly higher rates. Garcia says at least a 740 credit score is necessary for the lowest-rate conventional loan—and even then, rates still aren’t comparable, clocking in around the low 3% range.

Data from mortgage technology provider Ellie Mae spells out the difference between loan options. According to the company’s June numbers, the average rate on a 30-year FHA loan was 3.38%. FHA borrowers’ typical FICO score? Between 650 and 699. On conventional loans, the average credit score was considerably higher, with nearly half of borrowers in the upper 700s. Those borrowers received an average rate of 3.37%—just 1 basis point lower than those with FHA loans (and significantly lower scores).

More than the mortgage rate

At the end of the day, it’s clear that today’s historically low rates aren’t just for sterling-credit borrowers. But according to Joe Tyrrell, chief operating officer at Ellie Mae, borrowers should remember that rates aren’t everything.

“Rates are just one factor when selecting a lender,” Tyrrell says. “If a borrower is purchasing a home, they obviously want the best rate possible, but they also have to close on time or they could run the risk of losing the home—especially in today’s environment when demand is far outpacing supply.” He says borrowers should look at fees, loan terms, and overall service from the lender, too.

With Mortgage Rates So Low, Getting a Floating Rate Mortgage Might Seem Crazy. Here’s Why I Did It Anyway

Why a Rate Lock Makes Sense Right Now, Even with Mortgage Rates Falling

House Hunters Now Need Pre-Approval Letters to Walk in the Door. What the Trend Means for Buyers, Sellers and Agents