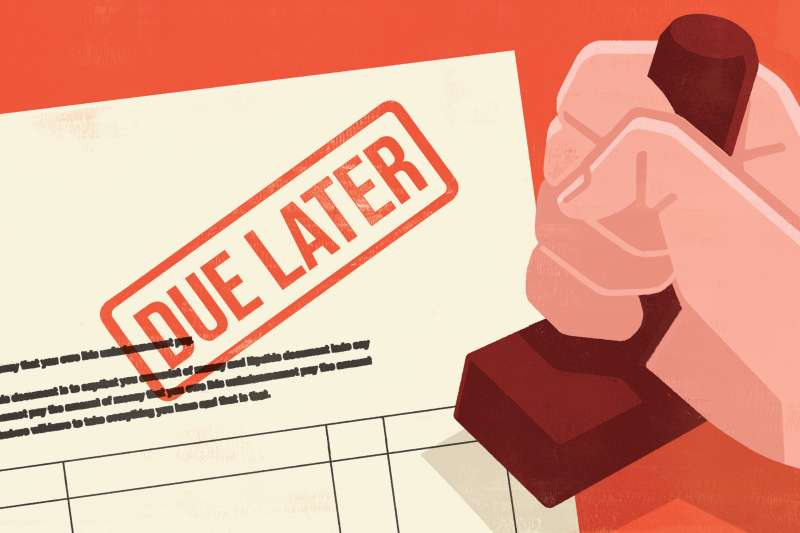 Without a doubt, the pandemic has done a number on many Americans’ finances, underscoring the importance of the government lifeline that came in the form of debt forbearance.

But here’s some surprising news: One-third of borrowers in forbearance continued making full payments, suggesting they didn’t actually need the available relief. For some, the opportunity to pause payments may have served as a back-up plan. That’s according to a new working paper that quantifies the benefits of the debt-relief measures proffered by the CARES Act. For plenty of borrowers “forbearance acts as a credit line, allowing borrowers to ‘draw’ on payment deferral if needed,” say the authors.

Of course, the government-sanctioned ability to pause loans without credit repercussions provided a significant benefit to many Americans who found themselves unexpectedly out of work or whose finances were decimated for pandemic-related reasons. Notably, the study points out, between March and October 2020, 5.2 million mortgages, 8.7 million auto loans, 66 million student loans, and 51 million revolving loans were in forbearance.

The study, which followed a representative panel of more than 20 million U.S. consumers, shows the forbearance opportunity benefited many of the people whose financial lives were hit the hardest—those with lower credit scores and lower incomes, often in more Covid-stricken areas and in places with a higher minority population.

Of course, higher-income borrowers also benefited. In fact, their relief amounts were greater, which makes sense since higher wage earners tend to hold larger loan balances and that translates into higher loan payments for mortgages, cars, and the like. Notably, about 60% of the dollar amount of financial relief from forbearance was received by borrowers with above median pre-pandemic incomes, according to the working paper. The study defined median income as about $37,000 per borrower.

However, that higher-income people received larger relief amounts or that some borrowers didn’t take advantage of available relief, doesn’t deter from the fact that the Covid-related relief reached its intended target—including borrowers who are less creditworthy and more financially constrained and those who experienced more virus-related economic shocks, according to Gregor Matvos, a Howard Berolzheimer chair in finance at Northwestern University’s Kellogg School of Management, and one of the paper’s co-authors. Minorities, too, tended to benefit from the government-related payments pause, according to the research.

“Forbearance relief may have prevented some of the negative consequences of household debt we saw during the Great Recession, at least temporarily,” Matvos says.

Unlike during the Great Recession, policymakers and private sector participants were quicker to act and provide needed relief that wasn’t solely based on income. By October 2020, debt forbearance allowed U.S. consumers to skip about $43 billion debt payments, the study found. At that rate, more than 60 million consumers would miss about $70 billion of their debt payments by the end of the first quarter of 2021, according to the working paper.

Unlike government stimulus checks, forbearance was available to people of all income levels, says Tomasz Piskorski, an Edward S. Gordon Professor of Real Estate at Columbia Business School, who co-authored the paper. Many individuals who were helped by the payment pause might not have been eligible for income-based programs.

Want to lower your mortgage payments? Refinancing can help!
Refinancing your mortgage has never been easier and with interest rates at an all-time low, now may be the perfect chance to explore your options. Click below to learn more.
Start Now

5 Lessons About Money (and Life) From the Budgetnista, the Financial Educator America Needs Right Now