The Top-Performing Stock of the Trump Era Is a Green Energy Company (Yes, Really) 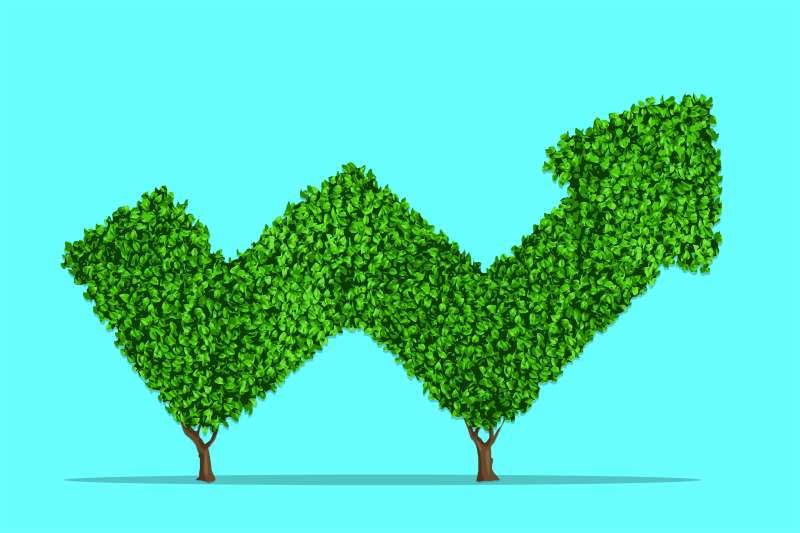 President Trump has long promised to boost America’s coal, oil and gas industries. As it happens, the top-performing stock of the Trump era isn’t a fossil fuel producer. It’s just the opposite.

Fremont, Calif.-based Enphase Energy helped revolutionize the home solar panel market with hardware that makes solar panels more efficient. Not only is Enphase a leader in this area, but it also ranks atop Bespoke Investment Group’s recent list of 32 stocks within the Russell 3000 that are up more than 1,000% since Trump was elected.

Enphase gained nearly 9,000% since Election Day 2016, according to the Oct. 8 report — the most of any stock in the index. It recently traded around $108 per share.

The stock’s success is part of a broader run-up in the renewable energy sector. The WilderHill Index Clean Energy Index — the benchmark for the sector — is up more than 100% year-to-date, despite the pandemic and stock market that’s stayed relatively flat, says Pavel Molchanov, a research analyst who follows the space for Raymond James.

“Almost everything in the world of sustainable energy has been on fire,” he says.

Enphase has certainly come a long way since its March 2012 initial public offering at $6 per share. It faced a particularly tumultuous period in 2017, where the stock fell below a dollar per share amid concerns the company would go bankrupt on the heels of a price war between solar equipment suppliers.

The company, however, proved its resilience. Concerns about its business seem to have disappeared, and it has established a leading role in the market for microinverters, which fit on the back of individual solar panels to improve their efficiency. Its close competitor, SolarEdge Technologies Inc., has also had a decent stock price run, recently trading around $300 per share. (Analysts describe the two companies as the Coke and Pepsi of the home solar panel market.)

“The turnaround they have accomplished with this business is astounding,” says Joseph Osha, a research analyst at JMP Securities LLC. The company rejuvenated its product line-up and soared ahead of other competitors whose products proved less effective. Enphase’s success has been buoyed by an enormous uptake in residential solar, which is expected to continue to grow. “The business has exploded,” Osha says.

Not surprisingly, the stock recovered, and it has since become a darling of investors focused on sustainable investing, which takes into account environmental, social and corporate governance factors, though it’s certainly not the only stock that has been riding these coattails.

Valuation may be a concern for some, but given how hot renewable energy is as a sector, many investors aren’t getting worked up about valuation, Molchanov says. In Enphase’s case, the stock is trading at more than 50 times next year’s EBITDA (Earnings Before Interest, Taxes, Depreciation, and Amortization) and about 60 times next year’s earnings. To some analysts, these data points suggest new investors proceed with caution.

“Those are astronomically high multiples for a hardware company,” Molchanov says, adding that it would not take much for these multiples to compress.” Increased competition, which is good for consumers, could make it harder for companies like Enphase to maintain their stronghold, and margins could easily suffer. “The amount of competition over time will increase rather than decrease,” Molchanov says.

Enphase didn’t respond to requests for comment. But its third-quarter results are expected to be announced on Oct. 27, which could give investors a clearer picture of how things are shaping up for the company. In the second quarter, the company reported revenue of $126 million, down 39% from the first quarter of 2020, which includes the effects of a broader industry slowdown in installations due to the pandemic.

During the second quarter, the company recorded a net loss of $47 million (although this included a one-time non-cash write-off of nearly $60 million.) Investors are expecting good things ahead, especially given Enphase’s position as market leader. Zacks Consensus Estimate projects the company will earn $1.17 per share in 2020 and $1.73 per share in 2021.

Some of the company’s recent milestones include joining forces with Natura Living, one of Thailand’s leading residential and commercial solar installers, on commercial solar installation projects for PepsiCo Thailand. Enphase also recently announced partnerships with three solar distribution companies in Belgium and the Netherlands, further strengthening its presence in the European solar market.

Party Like It’s 1999: Could These Tech-Heavy Mutual Funds Be Headed for a Crash?

(An earlier version of this story mistakenly stated the percentage by which Enphase stock has climbed since 2016.)