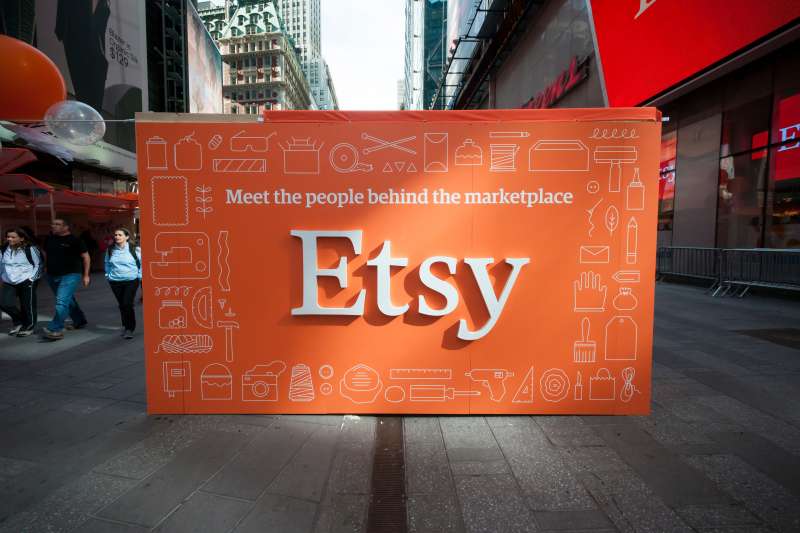 While there are plenty of high-flying stocks in 2020, so far the S&P 500’s top-performer isn’t some gadget maker or drug company rushing to save the world. It’s a marketplace for dainty crafts and elegant artwork.

Etsy, the Brooklyn-based e-commerce platform for small-time sellers of vintage and hand-made goods, is having its best year since going public in 2015 thanks in large part to the coronavirus pandemic. As of Friday, shares had nearly tripled to $135 from just over $45 at the start of 2020. The company — which was added to the S&P 500 Sept. 21 — instantly joined a list of the index’s top performing companies, beating bigger names like Amazon (up 74%) or Apple (up 59%.)

So what’s all the fuss about Etsy? At the beginning of the pandemic, America was — and technically still is — experiencing a major shortage of personal protective equipment (or PPE), leading unlikely manufacturers to take on the task of protecting millions of Americans from coronavirus. With sheets of fabric on-hand originally meant to be fashioned into aprons, quilts and potholders, thousands of crafty Etsy sellers began repurposing their shops.

Their hard work and quick thinking has clearly paid off: Etsy merchants sold $346 million worth of face masks in the second quarter, accounting for 14% of the site’s total sales, with similar numbers projected for the third quarter. Additionally, as millions of Americans began working from home, Etsy saw a 125% increase in home furnishing sales.

Overall the e-commerce company reported $2.7 billion in sales on the site for the second quarter, up 146% from last year, and 60 million active buyers, a 41% increase since last year. In an August earnings presentation, the company forecast gross merchandise sales between $2.2 and $2.5 billion for the third quarter, twice as much as the same quarter in 2019.

One of Etsy’s additional strengths: its small business-friendly image. The site was originally modeled after traditional craft fairs. In the wake of the coronavirus shutdowns and subsequent recession, socially conscious consumers have pushed for consumers to keep small businesses alive by making purchases through them rather than traditional big box retailers. Etsy itself is, of course, not a small business. For every item a crafter or collector sells using the platform, Etsy keeps 5% of the listing price and makes an additional revenue when buyers make purchases using their in-house payment system.

So is Etsy still a good investment? The stock’s big price jump means the site will have a lot less room for error going forwards. As of Friday, Etsy shares traded at 14 times sales, a ratio nearly three times higher than Amazon and six times higher than the average for the S&P 500. While masks are likely to remain significant until a coronavirus vaccine is made publicly available, sales could slow somewhat as more and more people have reusable masks on-hand. Chief Executive Josh Silverman noted in a recent statement that the impacts COVID-19 has had on the business “remain volatile and unpredictable.”

What’s more, despite the recent success, Etsy continues to face lingering tension with some sellers. Last year, in order to compete with large retailers like Amazon, Etsy began prioritizing US-based sellers who offer free shipping in search results, frustrating some merchants who were accustomed to charging for postage — especially for items that cost only a few dollars, where stamps or other shipping can quickly eat into profit margins. Independent retailers have also expressed dissatisfaction with changes to Etsy’s algorithm, with some claiming to have lost thousands of dollars virtually overnight when keywords and page placements update.

An Etsy spokesperson said the company has offered sellers educational resources and other tools to help them adapt to the changes and “taken steps to offer them more cost effective shipping options.” Maybe so, but rapid growth will only make it harder for Etsy to balance the needs of merchants and customers going forward.

The Best Places to Live in America