When Is It OK to Hire Your Son-in-Law? 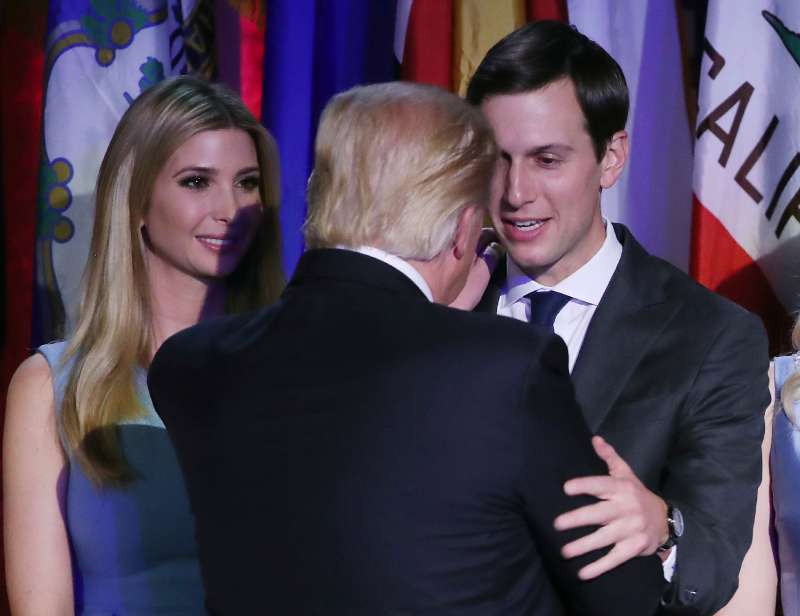 Reports that president-elect Donald Trump’s son-in-law, Jared Kushner, could take a senior role in the White House has raised a number of questions.

Chief among them: Is that legal?

A federal anti-nepotism law says that public officials, including the president, can’t “appoint, employ, promote or advocate for appointment, employment or advancement” of a relative to positions in which they exercise jurisdiction. But that doesn’t mean others in the administration can’t, says Stephen Gillers, a professor at New York University School of Law who specializes in legal ethics.

“Kushner is a ‘relative’ within the meaning of the law,” Gillers wrote in an email response to questions. Even if Kushner rejects a salary and puts his holdings in a blind trust, this would still ring true, he says. “However, any other appointing authority in the executive branch could give Kushner a job so long as Trump has nothing to do with the decision. In other words, the fact that Kushner’s father-in-law is president does not mean Kushner cannot work in the executive branch. It only means he has to get the job without any help from Trump.”

So yes, Kushner could legally take a job in the Trump White House. The bigger issue at play, though, is from an organizational perspective. Legal or not, the decision to put a relative in a key strategy role is a controversial management move that leadership experts agree is usually a bad idea.

That goes for both the public and private sector, Brooks says. There’s no federal law banning nepotism in private businesses, but the practice comes with a laundry list of ethical concerns. Most obvious: it opens up the family, the organizational structure, and the business itself to accusations of favoritism. It puts a target on the back of every relative in the company, and sends a message that family loyalties are more important than business goals. Worse, it can change the family dynamic for the worse.

“It’s difficult for family members to regulate what hat they need to put on,” Brooks says. “Are you a spouse or a business partner? Are you a daughter or a colleague? Are you a dad or a boss? Even if you’re a couple of layers removed from each other [in the company hierarchy], it’s a difficult spot to be in.”

In rare circumstances, hiring a family member can work in a company’s benefit. Some small businesses pride themselves on being family owned, and successful entrepreneurs occasionally co-found businesses with an immediate family member. But it takes a lot of discipline, and a commitment to fixing vulnerabilities as they arise, says Michelle Reina, PhD, who runs a management consultancy with her husband. Family members have to be held to the same accountabilities and feedback mechanisms as everyone else, she says. And the tone from the top has to be one of trust.

“If you want the highest professional outcome for the business, you have to make a deliberate, focused effort to put the interests of the company first,” she says. “It’s non-negotiable.”

In Trump’s case, the stakes are too high, says Mark Babbitt, CEO and founder of YouTern. Every move Kushner makes will be deconstructed, criticized and possibly even vilified by the press, social media, and his political opponents. Even a small mistake could create a PR nightmare for the White House — and undermine the country’s confidence in a Trump presidency.

“From a leadership perspective, whether you’re president or a manager, your goals are to accomplish your organization’s mission and create optimism in the workplace,” Babbit says. “This kills both of those goals.”