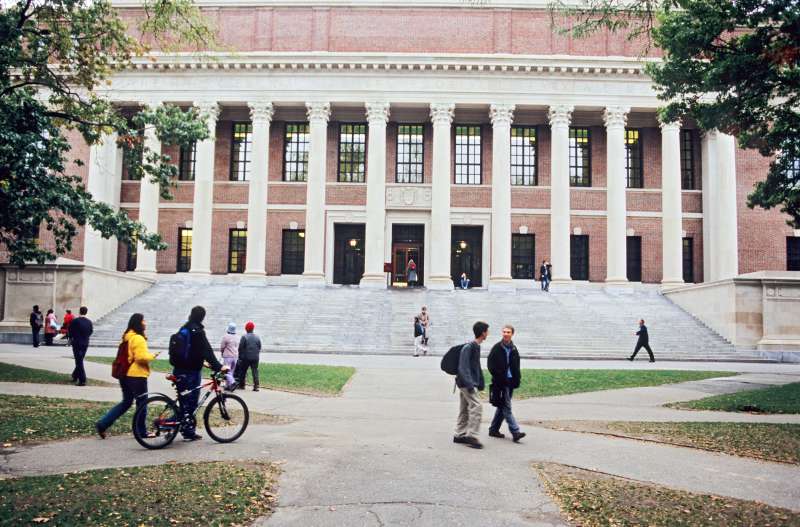 To require that financial aid applications be submitted before high school seniors have proofread their application essays or even finished taking their SATs is a serious acceleration of the financial aid timeline. Barnds understands that, too.

But Augustana College in Illinois, where Barnds is the vice president of enrollment, communication, and planning, is merely mirroring the FAFSA timeline it has followed in previous years, albeit three months earlier.

This is the environment high school seniors and their parents will find themselves in this fall as they apply to colleges in a brand new financial aid world, where the Free Application for Federal Financial Aid becomes available October 1, instead of January 1.

Ask any financial aid officer, admissions counselor, or enrollment manager, and almost every single one will tell you they support the intent behind this year’s change. That is, the goal of telling families and students how much a college will cost them well before they choose where to enroll is universally popular.

Where disagreement starts to come in is how best to implement early FAFSA and how much its implementation will domino into other admissions and financial aid changes.

Colleges and universities operate like rote memorization machines, repeating the same process every single year, says Jon Boeckenstedt, associate vice president of enrollment management and marketing at DePaul University in Illinois. When a part of that process changes, the effects aren’t isolated.

“You pull a string here and it unravels somewhere else,” says Boeckenstedt, who expects the majority of colleges will make only incremental admission and financial aid calendar changes this year. The shift to early FAFSA was announced less than a year ago, and most colleges are hesitant to make dramatic changes to long-established timelines.

When the U.S. Department of Education announced its plans to let families file the FAFSA earlier and use older tax information, one of the big advantages was that they could get an idea of their financial aid packages earlier in the college application process. Up until now, aid offers generally arrived in mid-spring, about a month before students have to make an enrollment decision.

Yet it’s hard for colleges to produce earlier aid packages without moving up their internal timeline. So this year, there will be a variety of responses to early FAFSA: Some colleges will move their deadlines up and release their aid offers months earlier. But most will not. And the burden largely falls on students to keep track of where the colleges they’re applying to stand.

“It’s going to be terribly confusing for families,” Barnds says. “There’s no doubt about it.”

More Time to Apply or to Compare Aid Packages?

Augustana chose to move up its priority aid deadline based in part on state grants. Illinois’s MAP grant, reserved for low-income students, usually stops accepting new applications between 35 and 45 days after students can start applying for aid, Barnds says. There’s never been a clear deadline for the first-come, first-served award, and colleges are notified just a few days before eligibility is suspended. To ensure that prospective Augustana students have a shot at getting all the aid for which they’re eligible, the college hiked its deadline all the way up to November 1.

When word started spreading that Augustana and others had moved their deadlines up into the fall, the Department of Education came back and encouraged colleges not to do that, saying the department’s intent was to give families more time on the front-end to explore colleges. Moving up the entire financial aid timeline would further disadvantage those students who are least able to navigate the college application process, the department said in a letter.

That’s something Lynne Martin, executive director of the California-based Students Rising Above, knows all too well. Many of the students Martin’s college access and completion group works with attend public high schools where there are nearly 1,000 students for every high school counselor. These students’ parents typically didn’t attend college, and they can’t afford professional help to navigate the system.

Martin thinks the new timeline eventually will be better for all students, but this transition year, with unusual new deadlines, has the potential to be messy.

“There will be financial aid casualties,” she says, “in essence, kids who apply too late in the year, after colleges have given out their limited aid.”

About a third of the 480 respondents in a recent survey by the American Association of Collegiate Registrars and Admissions Officers said that early FAFSA would influence their undergraduate admissions calendar, with earlier outreach being the most common change, followed by moving up scholarship deadlines. Nearly 75% of respondents said they worried about their ability to give earlier aid packages.

A System With Many Moving Parts

For students to truly get an earlier understanding of their out-of-pocket cost, there are multiple puzzle pieces that must come together, from state budget cycles to college admissions calendars. This year, for example, students will be able to apply for aid at colleges months before they need to turn in their admissions applications, creating a record-tracking challenge for colleges.

Aside from admissions ripple effects, colleges also need to have their final costs for the upcoming year set before they can give students an exact price. That usually doesn’t take place until the middle of the spring semester. A modest 2% tuition increase could be add up to $1,000 to a student’s bill.

Public colleges also are beholden to their state lawmakers to pass a budget before they can set tuition, as well as to know how much money is available for statewide grants. In Oregon, for example, the earliest that colleges have learned about grant funding is the third week of March, says Jim Brooks, assistance vice president for enrollment management and director of student aid and scholarships at the University of Oregon.

There’s also the federal government’s calendar to coordinate with. Pell Grant funding tables are not released until January or February, and even then, the numbers are tentative. For colleges that use Pell Grant eligibility as an indicator of need, that can affect their institutional aid dollars as well. A University of Oregon student who is Pell eligible, for example, qualifies for Pathway Oregon, a program that covers four years of tuition and fees. But what happens, Brooks asks, if an applicant squeaks past the threshold to be Pell eligible only to fall out after the government finalizes its funding tables? That’d mean a dramatic change in an aid package for a University of Oregon student.

“We don’t want to give students incorrect information that they use for enrollment decisions,” Brooks said.

At Monmouth University, a small private college in New Jersey, Claire Alasio, associate vice president of enrollment management and director of financial aid, is working with the president and vice president of finance to find a way to get a reliable tuition estimate months earlier than in the past.

Historically, Monmouth didn’t start creating packages for new students who applied for regular admission until February. This year, that will shift into December and January, as the college condenses its internal timeline, so that applicants who get their information in earlier will get an earlier package.

Read more: The Best College in Every State

Still, at Monmouth’s fall open house on October 9—just a week after the FAFSA becomes available—Alasio knows there will be certain on-the-ball families who’ve already filed their form and will ask where their aid package is.

“It will be an issue of managing expectations,” she says. “And that’s going to be happening (at colleges) around the country.”

What Can Families Do?

If early FAFSA doesn’t automatically mean you’ll get an earlier aid package from every college, then what does it mean?

For one thing, you will get an earlier federal Student Aid Report, which is generally available within two weeks of filing the FAFSA. That report will tell some of the $130 billion in federal aid given out annually that you’re eligible for, such as Pell grants, as well as your “EFC” or Expected Family Contribution.

Colleges then use that EFC to determine how much they’ll give you in grants, work-study, and some types of loans.

Be sure to check early in the fall with every college you think you may apply to about whether there are any changes to their financial aid calendars. And when you do get aid packages, take time to read all the material that comes with them carefully. (See these tips on deciphering your letter.) Bear in mind that some colleges that award packages earlier may be doing so with an estimated cost of attendance, before their costs have been finalized.

Most importantly, remember that you still have until May 1 to make your decision about which college to attend.

Most of the chaos surrounding the implementation of early FAFSA will take place out of the view of families, and that’s how it should be, Monica Inzer, dean of admission and financial aid at Hamilton College in New York, told reporters recently.

But there undoubtedly will be ripples that do reach families. If colleges have a harder time tracking whether they’re on pace to meet their class size goals, for example, that could influence the size of their wait lists in the spring and how early they begin to accept wait-listed applicants.

“We live and die by data,” Inzer says. “And it’s pretty much out the door this year.”