7 Really Famous People Who Were Rejected by Their Dream Colleges 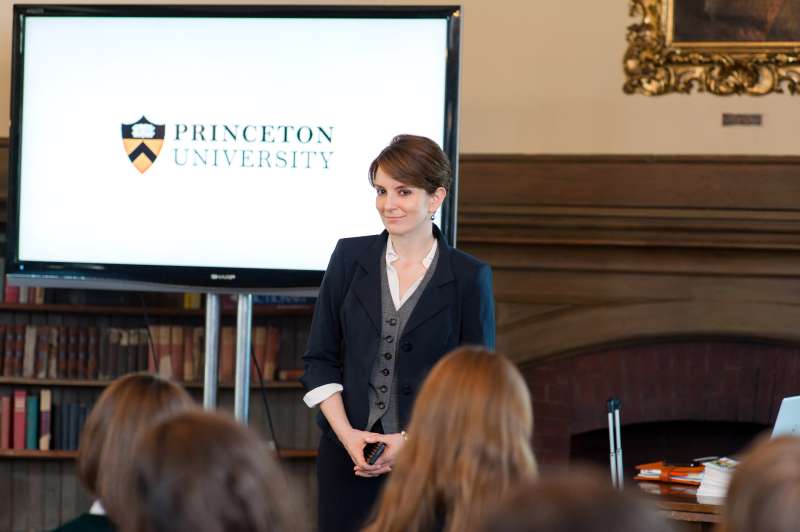 If you’ve been on the receiving end of a college rejection letter lately or are worried that one might be coming along any day now, take heart:

Many—if not just about all—of the most successful people in the country once got one too.

What’s more, when they looked back later in life, they often considered it a lucky break that they weren’t accepted by their one-time dream college but landed instead at a different school where their talents blossomed.

Famous members of the thin-envelope, “we regret to inform you…” club include at least two U.S. presidents (including the current one), noted authors, and celebrated entertainers.

Whether the college admission officers who turned them away ever saw their error of their ways and came to regret their decisions seems to have gone unrecorded.

Future science fiction legend Isaac Asimov was rejected by Columbia, which he applied to at age 15. “The interviewer would not take me,” he recalled in his memoir, I, Asimov. “I know why. Columbia College’s quota for Jews for the coming year was already filled…. He was kind, though, and attributed the rejection to the fact that I was under age.”

The interviewer suggested young Isaac attend a junior college that was affiliated with Columbia, but Asimov instead decided to go to the City University of New York, where tuition was free. That didn’t quite work out, though—“I had three miserable days there, and the only thing I remember is the physical examination”—so he went to the junior college after all, eventually graduating with a BS from Columbia’s extension school.

Asimov’s days of rejection weren’t through, though. When he later applied to the five medical schools in the New York area, he was turned away by all of them—twice (first in junior year and again in senior year). So he applied to Columbia’s graduate school, only to be rejected again. Through “sheer, dogged persistence,” as he put it, he managed to talk his way into grad school on a provisional basis and fortunately did well enough to become a regular graduate student. He received a Ph.D. in chemistry in 1948.

Actress Tina Fey was rejected by Princeton, which, if nothing else, was good preparation for her later role as a Princeton admissions officer in the 2013 movie Admission.

“My mom, for whatever reason, really wanted me to apply to Princeton,” she recalled in a People magazine interview the year the film was released. “I was a good student, but there was no way I was getting in. I went to my interview, and from the get-go was like, ‘Yeah, I don’t got this.’ I was just a shy kid from the suburbs.”

Instead, Fey went on to the University of Virginia. “I found my home in the drama department at UVA,” she told fellow UVA alumna Katie Couric (herself a Smith rejectee) in a TV interview. “I had a great time there, a wonderful experience.”

In a 2015 New York Times essay in praise of community college, actor Tom Hanks wrote that he applied to three places: M.I.T., Villanova, and Chabot College, the two-year school in Hayward, Calif., that he eventually attended. He held out little hope for the first two—“knowing such fine schools would never accept a student like me but hoping they’d toss some car stickers my way for taking a shot.”

After two years at Chabot, Hanks transferred to Sacramento State. In his Times essay, Hanks recalled that he “drove past the [Chabot] campus a few years ago with one of my kids and summed up my two years there this way: ‘That place made me what I am today.’”

A bit of a late bloomer academically, future President Barack Obama was rejected by Swarthmore, according to several reports, including one in the college’s newspaper.

He went instead to Occidental College, later transferring to Columbia University, from which he graduated in 1983.

Recently deceased Supreme Court Justice Antonin Scalia was by all accounts a standout student at his Catholic prep school, but that wasn’t enough to get him into his top-pick college, Princeton.

Interviewing with several Princeton alums, he quickly sensed that he probably wasn’t going to make the cut. “I was an Italian boy from Queens, not quite the Princeton type,” he later said.

Scalia instead went off to his second pick, Georgetown, where he won a full scholarship and graduated in 1957.

Reportedly rejected by both the University of Southern California and UCLA, at least once each, for his less than stellar grades, film director Steven Spielberg enrolled instead at Cal State Long Beach.

Spielberg dropped out just short of graduation, when offered a movie deal, but returned in 2001 to finish his one remaining science course. He graduated in 2002 with a BA.

Future President Harry S. Truman was rejected by West Point, according to biographer David McCullough, because of his poor vision. (Some other accounts say he withdrew from consideration, knowing he’d never pass the eye test.)

Either way, it must have been a disappointment for the poor Missouri farm boy. “[It] was my ambition to make Napoleon look like a sucker and I thirsted for a West Point education…,” he admitted in a 1918 love letter to his soon-to-be wife, Bess. “You’d never guess why I had such a wild desire and you’ll laugh when I tell you. It was only so you could be the leading lady of the palace or empire or whatever it was I wanted to build.”

Truman briefly attended a business college in Kansas City but had to drop out for lack of funds. Although generally recognized as one of our better-read presidents, Truman was the last of them, to date, without a college degree.