Gas Prices Are Dropping Below $3 in These States 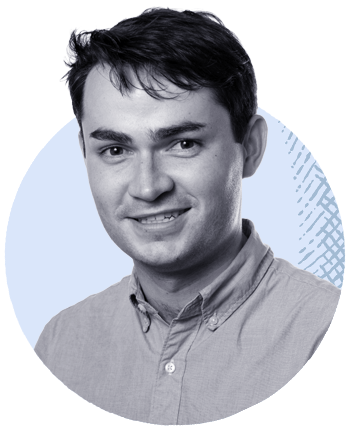 Pete Grieve
Pete Grieve is a reporter at Money who covers personal finance news. Previously, he was a health reporter for Spectrum News in Ohio as a Report for America fellow.
Has also written:
See full bio
Share

Tens of thousands of U.S. gas stations are now charging less than $3 per gallon after prices fell by about 10 cents in the past week.

The price of the average gallon is now $2.91 in Texas, the lowest in the country, according to the price comparison app GasBuddy.

The national average for a gallon of gas is $3.64, which is 14 cents lower than it was a month ago.

The demand for gasoline is low in the U.S. right now with many people still working from home and temperatures cooling, causing more people to stay home. While lots of people will travel for Thanksgiving, the holiday usually doesn’t cause a huge uptick in gasoline demand. Fewer people commute to work around the holiday and there’s generally not much driving on Thanksgiving day, according to GasBuddy.

If you're struggling to make ends meet, a Personal Loan can help.
Are you less than prepared for extraordinary events? If you need funds to cover unexpected costs, a Personal Loan is a solution. Click on your state to learn more.
Get Started

Where are prices dropping below $3?

Gas is cheapest right now in the South and Southeast parts of the U.S., but drivers can buy gas for less than $3 at some stations throughout the country.

Right now, there are stations charging less than $3 in much of the middle of the country, including most of the Midwest and parts of the Rockies as far west as Wyoming and Colorado, and from the South up to about Virginia and West Virginia, De Haan says. But you won’t be able to find sub- $3 gas anywhere northeast of those two states. Gas prices also remain elevated in the West.

The cost of gas is falling amid declining demand from drivers and improvements in the country's stock of gasoline, according to the auto club AAA, but it’s a sudden decline in the price of oil that is largely responsible for the downward trend in the cost of gas.

Crude oil prices, which are responsible for 54% of what a gallon of gas costs drivers at the pump, have fallen nearly 9% in the past 10 days.

Oil prices are likely dropping due to concerns about the economy and China’s COVID-19 restrictions, according to GasBuddy. Some analysts also saw glimmers of improving U.S. relations with Saudi Arabia in a recent statement from the Biden administration, which said Saudi Crown Prince Mohammed bin Salman should be immune from a civil lawsuit in the U.S. regarding the murder of journalist Jamal Khashoggi.

“The oil market is assessing everything that's going on,” De Haan says. “Refineries have finished maintenance season as well, so there may be additional production coming. So all of that is really causing the market to just fall apart and that's going to lead to a dramatic drop in gasoline prices.”

Even in California where the average gallon costs $5.16, prices are likely to come down, De Haan says. He says California gas prices could soon drop below $5, and there’s even a chance they could get back into the $3 to $4 range.

Refinery issues and maintenance in California pushed gas prices higher in the fall in much of the West Coast, but those problems are in the rearview mirror, according to GasBuddy.

Despite recent price drops, the cost of gas remains at a near-historic high — largely due to the ongoing conflict between Russia and Ukraine. The average gallon of gas in the U.S. this Thanksgiving week will likely be more expensive than ever before at this time year — at least since the auto club AAA began keeping track in 2000.

Need some extra cash to bridge the gap while you get back on your feet? A personal loan could help.
Personal loans can be used for virtually anything and have lower interest rates than most credit cards. Click below to check your rates today!
Get Started