A Popular Gift Card Scam Has Cost Victims $74 Million This Year. Here's How to Protect Yourself 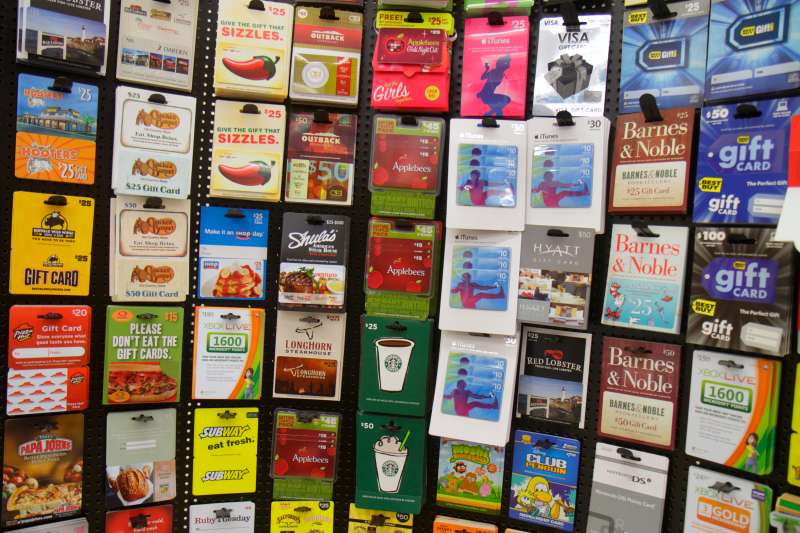 More Americans are reporting that they’ve been swindled in gift card scams.

About one-third of people who reported fraud to the Federal Trade Commission through September of this year say they were asked to pay with a gift card or reloadable card. That’s up more than 300% from the share of people who reported the same scam in 2015. In fact, the FTC says gift cards are now the number one payment method that con artists use.

How are gift cards used in scams? Typically in the con, scammers call or email people, outline some scenario in which they need immediate money, and ask for payment via a gift card. Scammers typically ask for the money on a specific, popular card, such as iTunes, Google Play, or Amazon, according to the FTC.

Gift cards are popular with scammers because they’re just like cash. Spending is anonymous and scammers don’t need the physical card to use them. They simply ask for the gift card number and the PIN on the back.

For consumers, gift cards pack an extra punch to being scammed: it’s very hard to reverse the purchases or get a refund.

Through September of this year, consumers have reported losing a total of $74 million through scams with gift or reloadable cards, an increase from $53 million during the same period in 2015, according to the Wall Street Journal.

Anyone can fall victim to a financial scam, but older consumers are particularly at risk. An estimated one in five people over the age of 65 have experienced financial abuse or fraud, costing up to $3 billion a year. This week, for example, a Quartz investigation uncovered a scheme in which dozens of older consumers lost large sums of their retirement savings when they bought over-priced gold and silver after being targeted by Facebook ads.

How to Spot a Gift Card Scam

Scammers have become increasingly adept at making phone calls and emails sound and look legitimate. Even Peter Santis, who works at a password-security software firm, was nearly tripped up by a fake email scam. He told the Wall Street Journal he thought an email from his boss asking for $3,000 of Amazon gift cards looked like the real deal. He learned it was fake only after he called his boss to double check.

“It can happen to anyone, even someone at a cybersecurity firm,” Santis told the Journal.

If you receive an email asking for money or other assistance, carefully check the that it’s being sent from the correct email address of someone you know. Scammers will often have an address that looks accurate but is one or two letters off. If it’s a call requesting help for someone in financial trouble, hang up and call that person to check if it’s a real situation, the Journal recommends.

Still, the best way to avoid falling for a scam is simply to refuse to pay for anything over the phone unless you initiated the call. And remember that businesses, government officials, or law enforcement will never ask for you to pay with gift cards.

“If anyone tells you to pay by gift card, or by wiring money—for any reasons—that’s a sure sign of a scam,” the FTC writes.

What to Do If You’ve Been Scammed

If you’ve already paid a scammer with a gift card, you should immediately call the company that issued the card and tell them it was used in a scam. If you act before the scammer spends the card, you may be able to get your money back. The FTC has a list of phone numbers for commonly used cards here. You should also report details of the incident to the FTC at FTC.gov/complaint

Pet Insurance Covered $25,000 of My Vet Bills — Here's My Takeaway for Beginners 4
Featured
Is Your Personal Data at Risk? Find Out, and What You Need to Do if it is