How to Give to Your Kids Without Spoiling Them 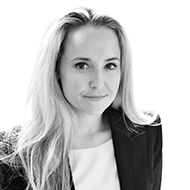 As a brand-new mom, I'm realizing how easy it is to fall into the trap of overindulging my daughter, Toby. My challenge: I don't want to refrain from gift-giving altogether, but I want to raise her to appreciate presents, not expect them.

As founder of a company that promotes smart financial decisions, I also want to practice what I preach. Not all gifts need to offer a teaching moment, but I've been looking for ideas that are affordable and meaningful, and that encourage children to appreciate what they've been given. Here are a few I've come up with.

• Give memories. Research has shown repeatedly that spending money on "stuff" doesn't make us any happier. I love treating younger kids (as young as 3 or 4) to a show or kid-friendly exhibition. Make it special: Let them unwrap a related picture or inexpensive toy, and take a photo on site that you can frame and keep.

Another option is sentimental gifts. Someone suggested that I write my daughter a letter every time I have to be away from her because of my job. I've now set up an email account for her, and I send my notes there, so she can open and read them later. I hope they'll mean more to her over time than any toy I might buy.

• Give patience. Back in the 1960s, a Stanford University researcher posed a "marshmallow test" for children aged 3 to 5. That study (and its follow-ups) found those who could delay gratification—who could refrain from eating a marshmallow immediately in order to earn more later—were healthier and more successful through high school and as adults.

One way to teach that skill to school-age children is to offer money, instead of specific items, but impose some rules: 20% can be spent immediately, however they choose; 30% should be saved up and spent in a year; and the other 50% should go toward their long-term future (in a savings or 529 account).

My husband and I also use my daughter's college fund to keep family members on message. Since 529s can accept third-party contributions, we ask relatives and friends to give there in lieu of big presents.

• Give generosity. A good friend recently told me that her grandfather gave her a birthday check every year to donate to a charity of her choice. That's an idea I love for older kids (though I'll probably do it in addition to a gift, not instead of one, as her grandfather did). It's another way to involve kids in the decision-making.

For younger kids, take them to a toy store to let them pick out—and then go home and wrap—a toy to be given to a local charity.

Columnist Alexa von Tobel is the founder of LearnVest.