This Market Indicator Predicted the Last 7 Recessions. It's About to Flash Red Again 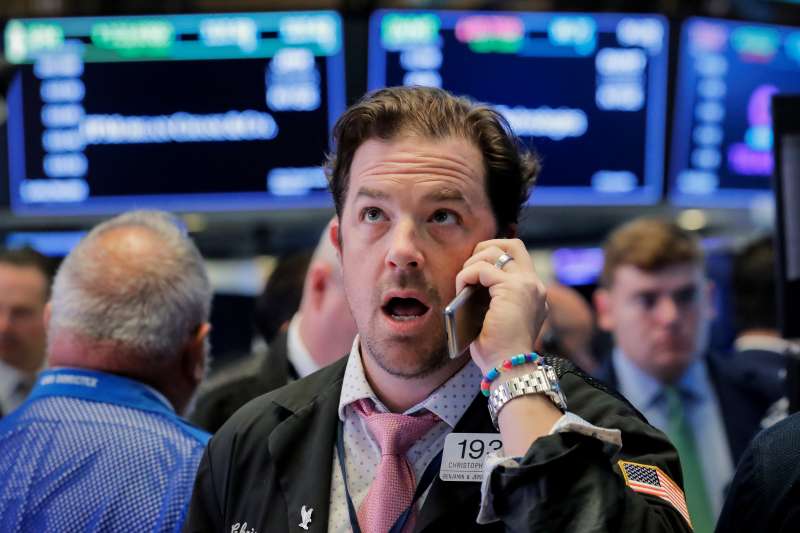 The stock market may be near record highs. But one of the bond market’s best-known economic indicators suggests a recession could be little more than a year away.

The yield curve, which tracks the difference between 10-year and short-term rates, like the 2-year Treasury yields, has narrowed to levels not seen since August 2007. The 10-year’s yield is currently at 2.98%, just 0.36 percentage points difference from the 2-year’s 2.62%.

The narrowing gap could pose a big problem if the yield curve inverts, meaning the 2-year bond rate becomes higher than the long-term one. That transition frequently predicts recessions. The Federal Reserve Bank of Cleveland found that, on average, a recession hits about a year after an inversion occurs, and it has preceded the last seven recessions.

Here’s what you should know.

What does this mean for bonds?

During a healthy economy, longer-term bonds like the 10-year Treasury command higher yields as investors demand extra compensation from borrowers in exchange for locking up their money up for longer periods of time. Think of it this way: When you walk by a bank two-year C.D.s typically offer better rates than six-month ones because you’re losing access to your cash for a longer period of time.

However, when investors expect interest rates to fall in the future that calculus can be upended. Locking in today’s comparatively high rates can start to seem like an attractive proposition. And typically during a recession interest rates do fall, as a weak business environment means less competition for borrowed money, with fewer businesses looking to buy new equipment and fewer people looking to buy new homes.

Right now, however, bearish Wall Street investors aren’t the only ones driving the yield curve flatter. The Fed is doing its part too, by pushing up short-term interest rates, even as investors hold down longer term ones. That’s because of a disconnect, with Wall Street more focused on the risks of weak economic growth and the Fed more focused on the risks of inflation. Hiking short-term interest rates has the effect of choking off what people like to call ‘easy money,’ keeping prices in check. The Central Bank has hiked short-term rates twice so far this year and is expected to do so twice more.

What does this mean for the stock market?

While the yield curve is getting flatter, suggesting economic growth is about to slow, it hasn’t actually inverted — yet.

Recent research by BMO Capital Markets found that during periods when the 10-year and 2-year yield narrowed to under 0.5 percentage points — without actually inverting — stocks tended to actually do just fine. In fact, the S&P 500 returned 14.2% during these periods on average. And since 1980, stocks have actually tended to better in periods when the yield curve was flattening, than when it was steepening.

“We would point out that this [gradual] flattening trend has been largely in place since the end of 2013 – a period of time which saw the S&P 500 climb roughly 46% and GDP growth accelerate,” Brian Belski, BMO Capital’s chief investment strategist, wrote in the report.

It’s also important to remember, if the yield curve inverts, it’s typically more than a year before a recession hits. During that period between the inversion and recession, the market has returned an average of 22% since 1978, according to LPL Research.

What should you do?

While an inverted curve has predicted the last seven recessions, there were two false positives, noted by the Cleveland Fed.

Still, there’s no guarantee that the yield curve will invert soon. In fact, Federal Reserve Bank of Atlanta President Raphael Bostic, who has a say in interest rate hikes via his vote on the Federal Open Market Committee, has even stated he wouldn’t support a rate hike, if he feared it would invert the curve.

Instead of worrying about the possibility of a recession, check your portfolio’s risk level. Make sure your stock-to-bond ratio is at a level that you’re comfortable with. For instance, in 2008, during the financial crisis, a portfolio of 90% stocks and 10% bonds would have lost 33%. while on with a 50-50 split would have been down just 16%.

With luck, the next bear market won’t be anywhere near as bad as the last one, but it’s worth bearing in mind.