Is the Stock Market Still Rigged? 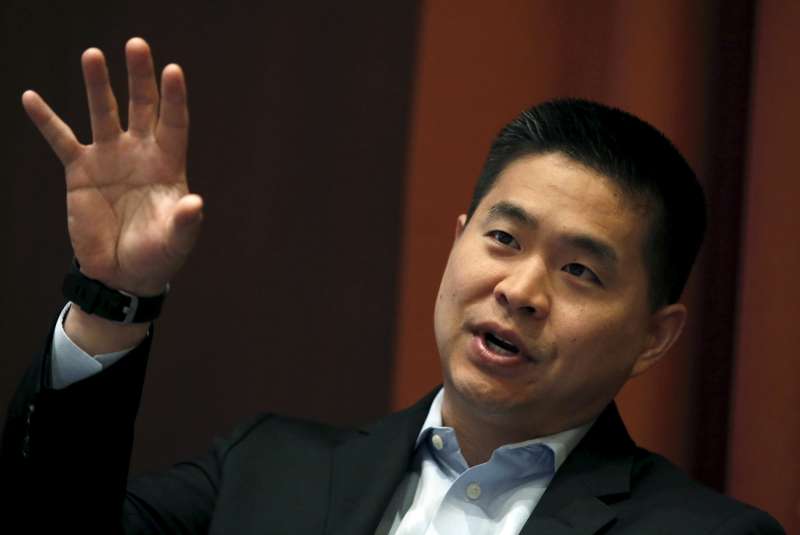 Brad Katsuyama and his budding stock exchange, IEX, were main fixtures in Michael Lewis’s wildly successful book Flash Boys, which documented how certain high-frequency traders used their speed advantage to bid up the prices of stocks right before a slower investor pushed the button to buy.

Now, Katsuyama is hoping the Securities and Exchange Commission will soon allow IEX to become a public, registered exchange. (Its fate should be decided by June.) Not surprisingly, established players in the investing world oppose the move, and IEX’s bid has resulted in hundreds of comments.

Money recently sat down with Katsuyama to get a sense of the controversy, and how IEX affects the average investor. The following interview has been edited.

Q: The big headline when Flash Boys came out was that the stock market is rigged. Is that still the case?

A: I think the better way to explain it is: The stock market is unfair. The overall investment process with people putting money into 401(k)s and asset managers investing in companies — that process is in tact. It’s a good way to make money. I have money invested in the stock market.

But when it comes down to the point of sale, the transaction where buyers meet sellers, the way that the market has been created is that exchanges sell advantages to high speed traders that give them the ability to know prices, and to react to those prices, before ordinary investors. So I’d say that while the overall investment process is in tact, the point of sale is largely unfair. And that’s the reason that we started IEX.

Explain why having a ‘speed advantage’ in trading is unfair?

If the price of a stock goes from $10 a share to $9, and you know that and someone else doesn’t, it’s very easy for me to make a decision to sell at $10 to a buyer, when I know the price is now $9. When you look at how volatile stocks are sometimes, prices are changing millions of times a day across so many securities, there are all these data points that these high speed traders have that ordinary investors don’t.

What that leads to over time is a scalp. And it accumulates to billions of dollars. I think that’s why this has become kind of such a controversial subject. Because long term investors, very large investors, who are the reason the stock market exists in the first place, have become very upset with the current market.

We’re trying to fix that. That’s kind of the core of Flash Boys, and it’s also the core of the fight that we’re in right now.

When did you first notice that there was a problem?

When you go back and look, some of that stock was trading ahead of me. Someone was purely reacting to the fact that I wanted to buy Intel on behalf of my mutual fund. Now the problem is that if I see a 100,000 shares of Intel and I only get 50,000, that means I have to pay a higher price for the remaining 50,000.

That higher price is an implicit cost, back to the mutual fund, back to the fund holders and it just compounds over time. People are paying more for stocks when they’re buying and they’re getting lower prices when they’re selling. And it adds up.

If there’s a winner there’s going to be a loser, right?

Unlike most things, it is pretty zero sum. When money is siphoned into one area, it’s coming out of someone else’s pocket — especially in the stock market. So absolutely there are winners and losers.

Look, edge in the stock market should have to be earned. You should understand companies better, you should be taking on more risk, you should be making different kinds of fundamental bets. But you shouldn’t be able to buy it. Me buying a faster cable than you shouldn’t entitle me to making money every time that we trade against each other. The exchanges unfortunately are the ones that are enabling it.

So that’s an arbitrage that high speed trader does, that makes the market more efficient and it actually fairly prices assets. At the same time, certain high speed traders can pick up a signal of your intention to buy, say, Microsoft, and race ahead of you, buy shares of Microsoft in front of you, and sell it back to you at higher prices. Those are predatory forms of high speed trading that just shouldn’t exist.

They serve no purpose?

I would say they serve a detrimental purpose.

So right now you’re a dark pool. What does that mean? How’s it different than being a public exchange?

Being an exchange means your prices are protected. It also gives you the ability to list companies. Like Microsoft lists on NASDAQ or IBM lists on the New York Stock Exchange. So we’ve gone from the 40th ranked dark pool to the second ranked dark pool. We’re one of the fastest growing markets in history. The way to scale is to become an exchange. It’s the next step in our evolution.

How is IEX going to be different than, say, the New York Stock Exchange?

The exchanges right now pay billions of dollars for people to send them orders. It’s a pricing scheme called rebates. We don’t pay anyone to send us an order. There’s no pay to play. If you trade, you pay a fee, a very simple fee. There’s been a lot of controversy over these payments for people’s orders and we just don’t do that.

Also, exchanges sell high speed technology to high speed traders, which gives them a huge advantage. IEX has created a speed bump to deter certain aspects of high speed trading, the most predatory kinds of high speed trading. So instead of selling faster data and technology for hundreds of millions of dollars, we’ve slowed everyone down by three hundred and fifty millionths of a second. Which sounds ridiculous, because it’s one one thousandth the blink of your eye. But it’s actually created a massive controversy on Wall Street.

It’s inconsequential to an ordinary, long-term investor. But it’s of great consequence to someone who’s looking to get ahead, or race you, or electronically front run you to scalp you. So we’ve put in that speed bump to create a fairer market. And it’s served a huge benefit to real investors, and it’s upset a lot of other people.

What does success look like for you over the next three to five years?

Let’s talk about the speed bump. One of your loudest critics, Citadel, calls this a “pothole,” rather than a “speed bump.” What do they mean by that and why do you think they are wrong?

That is buying stock ahead of you and selling it back to you at a higher price. And I think those people are really upset. So maybe it’s a pothole to some people. But I think that form of high speed trading is very detrimental to long term investors. We’ve gotten support from the California State Teachers, New York State Teachers, T. Rowe Price, Capital Group and Franklin Templeton, among others.

What about the long term investor? I understand why what you’re trying to do is good, but how would it ever gain enough traction in the market to make a difference for individual investors? Not the hedge fund guys but people using mutual funds and ETFs?

If you’re looking to buy 100 shares of Microsoft, you’re fine. But if your retirement is invested in a 401(k), and that 401(k) is pooled, and that money is being managed by an asset manager that’s buying and selling large quantities of shares, over time you’re losing money in a compounded way that you didn’t even know that you’re entitled to. It’s billions of dollars every year.

The problem is the market changing its priorities. So when New York Stock Exchange and NASDAQ are fighting IEX over 350 microseconds, and they’re spending money in putting microwave dishes on their roof, they’re selling and building data centers, these aren’t the activities that you would expect a stock market to really be in. So I think it’s about the fairness of the market. But number two, there’s a compounded loss that’s happening to people. It’s an invisible tax in a way. And I think that people should definitely care about the fairness of the market. But I think the most important part, and part of why it’s so harmful is they’re losing money they don’t even know they’re entitled to having in the first place

So we’re coming up to about the two year anniversary of your big fight on CNBC. This is probably the first time in history that the creation exchange has been so controversial. A lot of that was driven by the book and its success. Is any part of you regretful of giving that much access to Michael Lewis? Given that the fight against you becoming an exchange has been so hard?

I think there’s two aspects to it. On the personal side, yeah, it does get difficult at times. I spent my whole life trying to get along with people. And now, you know, there was an article on the front page of the USA Today saying “Why Wall Street Hates This Man.” My mom called me when she saw it, that was pretty harsh. But at the same time, as chief executive of IEX, there’s no way in the world we would have gotten the exposure and reach otherwise. It was a no brainer, as the chief executive of a company.

I think Michael Lewis did a phenomenal job. And I don’t think we’d be where we are if that book wasn’t written. It would have been much, much harder if we didn’t have that kind of exposure. So I don’t regret it at all.

Is that a difficult calculus to make? Take on a personal burden to help your company?

My wife and I talked about it a lot before it happened and Michael got more interested. Because it started with me helping him write an article about somebody else. And so when he became more interested in our story, my wife and I had to sit down and say, “You know, what does this mean and what do we do?” So we did weigh it out. I quit my job at RBC and took a lot of risk along with a group of people to start IEX. It was just a once in a lifetime opportunity. Plus, I was a huge Michael Lewis fan to begin with. So that also made it a little bit easier.

But yeah, we made that calculation and just decided to go for it, and it’s worked out pretty well.