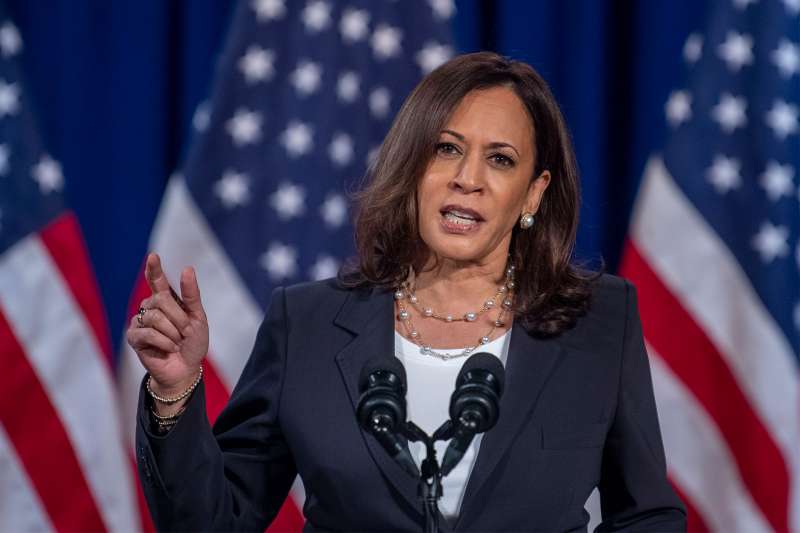 With the 2020 election quickly approaching, many are wondering exactly what a presidency under Democratic presidential nominee Joe Biden would look like.

Biden would set the agenda, but his running mate, Kamala Harris, could play a big role. And — as Biden is 77, making him one of the oldest presidential nominees — she could be set up as leader of the Democratic party as soon as 2024.

Harris, a California senator who ran against Biden for the Democratic nomination before he picked her as his running mate, proposed some big economic plans during the primaries. But her plans haven’t always matched Biden’s.

Here is where the Democratic vice presidential candidate stands on taxes, health care and pandemic recovery.

Staying healthy has never been more important.
Protect yourself and your loved ones with a comprehensive and affordable health insurance plan. Click your state to learn more.
Get Started

In May of last year, Harris called for a total repeal of President Trump’s 2017 Tax Cuts and Jobs Act (TCJA), which was arguably the largest tax overhaul in 30 years, lowering corporate and individual income tax rates and roughly doubling the standard deduction for individual filers. “Get rid of the whole thing,” Harris said, according to Bloomberg News.

In a 2018 statement about the her proposal — called LIFT (Livable Incomes for Families Today) the Middle Class Act — Harris said, “We should put money back into the pockets of American families to address rising costs of childcare, housing, tuition, and other expenses.”

The LIFT Act would cost between $2.8 trillion and $3.1 trillion from 2021 through 2030, estimates the Committee for a Responsible Federal Budget, an independent, non-profit organization. Harris proposed paying for this by repealing provisions of the TCJA and taxing large financial institutions, but in doing so she still “would fall far short of that goal,” according to the Tax Policy Center, another think tank.

Harris also sponsored a rent relief bill which would include a refundable tax credit for households that pay more than 30% of their income for housing, including rent and utilities.

While Biden’s tax plan doesn’t include a tax credit for all households making less than $100,000, he has said he would get rid of most of Trump’s tax cuts, and implement tax credits for specific groups like caregivers and first-time homebuyers.

If you owe more than $10k in taxes, tax relief can allow you to break down your debt into payments.
Anthem Tax Services provides a full menu of tax relief services to help clients get out from under the yoke of tax debt.
Get Started

Last summer, ahead of the second Democratic debate, Harris released her version of “Medicare for All,” which differed from the Sanders “Medicare for All” bill she co-signed in 2017. Harris’ plan included providing Medicare — the plan that Americans 65 and older use today — to all Americans, and would cover vision, dental, hearing aids, mental health, substance use disorder treatment and comprehensive reproductive health care services as well as visits to the emergency room and doctor’s office.

“Medicare works. It’s popular,” Harris wrote in her plan. “Seniors transition into it every day, and people keep their doctors and get care at a lower cost. Let’s not lose sight that we have a Medicare system that’s already working.”

The Harris plan would also include services not currently available via Medicare, like programs to help patients navigate the health care system, although these add-on programs would only phase-in over 10 years.

It’s not clear how much Harris’s version would cost, but estimates put Sander’s “Medicare for All” plan at $32 trillion over 10 years.

Harris has also addressed the role private health insurers should play in the health care system, although her stance had been somewhat unclear up to this point. In a CNN town hall in early 2019, she said, “let’s eliminate all of that” regarding health insurance companies, then walked back the comments the next day. And during the first Democratic debate last year, she raised her hand when the candidates were asked who would get rid of private health insurance, then later said she misunderstood the question and that she supports “supplemental insurance.”

But she was more direct in her plan released last summer, saying that she would allow private insurers to offer Medicare plans that adhere to strict requirements on costs and benefits. People would also be able to buy supplemental insurance for services that Medicare doesn’t cover, like traveling abroad or cosmetic surgery.

When Harris and Biden were running against one another for the nomination, they often clashed over what health care should look like. Biden’s plans include expanding the Affordable Care Act he worked on with President Barack Obama, which Harris pointed out wouldn’t cover all Americans.

During the pandemic, Harris has condemned the Trump administration’s attempts to invalidate the Affordable Care Act, calling it “cruel.” She has also introduced legislation that would allow Medicaid — the government program that provides health coverage to low-income Americans — to cover treatment for people with COVID-19 who are uninsured and a bill that would set up a task force to address the health inequities during the crisis. People who are Black, Latino and part of other ethnic minority groups have been dying from the virus at disproportionate rates compared to their white counterparts.

Since the coronavirus began to ravage the labor market, Harris has been an advocate for getting more stimulus money into the hands of Americans.

“People need more money in their pockets, and sending monthly payments to workers and families is the fastest and most direct way to address that need,” she and fellow lawmakers said in a letter published in April.

In May, she introduced a bill with fellow senators Sanders and Ed Markey that would give $2,000 a month to Americans making less than $120,000 throughout the duration of the crisis and for three months after it. Parents would receive $2,000 per child for up to three children.

“The CARES Act gave Americans an important one-time payment, but it’s clear that wasn’t nearly enough to meet the needs of this historic crisis,” Harris said in a statement.

But critics say the law would cost too much. A month of payments under the bill would dole out nearly $600 billion to households — more than twice as much as the payment from the CARES Act, according to the Institute on Taxation and Economic Policy. The average monthly payment would be about $3,690 (the CARES Act’s was $1,670).

The vice presidential candidate also introduced legislation in July that would ban evictions and foreclosures during the pandemic. And she’s an advocate for supporting small businesses during the crisis, including giving up to $250,000 directly to businesses with fewer than 10 employees and those with up to 20 employees with at least half of their employees from the local community and within low-income communities via a $124.5 billion Microbusiness Assistance Fund.

Small Business Owner, get the working capital you need.
Alternative lenders like Fundera are more flexible than commercial banks on the types of loans they offer. Click below to learn about your options.
Click to See How Much You Can Borrow.

Joe Biden’s Tax Plan: Who Would Benefit Most From His Proposed Tax Credits?