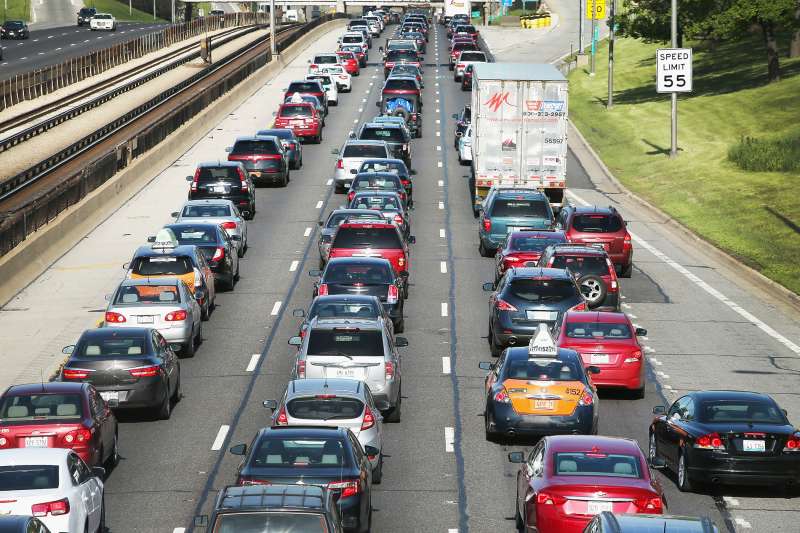 Cheap gas prices and a reasonably robust economic climate are among the reasons that the 2016 Memorial Day weekend is shaping up as one of the busiest—and most dangerous—holidays in recent years. Consider the following factoids, and proceed with your weekend festitivities with caution.

38 Million
AAA is predicting that 38 million Americans will travel over the holiday weekend. That’s up 700,000 over last year, and the highest total since 2005. The number of people traveling by car will rise 2%, largely thanks to cheaper gas, to the point that nearly 9 out of 10 of this weekend’s American travelers will be hitting the road.

50% to 100%
Just how bad is traffic going to be this weekend? In recent years, many travelers have started their holiday weekend road trips on Thursday, assuming that doing so will help avoid traffic. But a study in the greater Washington, D.C., area showed that traffic on the Thursday before Memorial Day weekend was even worse than Friday—with the average trip taking 50% to 100% more on Thursday compared to a regular day with no congestion.

495
That’s how many people were arrested for DUI just in Arizona over Memorial Day weekend in 2014—and believe it or not, that was a low point compared to previous years. Extrapolate that nationwide, and it’s easy to see how thousands of drunk drivers are likely to be on the roads this weekend. Granted, police departments also step up DUI checkpoints in many states over the holiday weekend.

439
According to the National Safety Council, an estimated 439 people will be killed and more than 50,000 others will sustain injuries in car crashes over the 2016 holiday weekend, which is being projected as the deadliest Memorial Day holiday since 2009.

$162
A national “Click It or Ticket” campaign is running from May 23 to June 5, and police officers around the country will be looking to hand out tickets to drivers and auto passengers who aren’t wearing seatbelts. The fines can be pricey, costing $162 in California for first-time offenders. The penalties go as high as $465 for allowing a child under age 16 to be in a moving motor vehicle without wearing a seatbelt.

Read Next: 5 Reasons Memorial Day Could Be the Worst Road Trip Weekend Ever

2.25 Million
Friday of Memorial Day weekend is generally the fourth busiest day of the year at the nation’s airports; an astounding 2.25 million travelers went through airport TSA checkpoints at the start of the holiday weekend last year. Considering that flyer numbers are up and TSA security lines have been unbearably long this spring, the scene at airports around this country this weekend is likely to be awful. No wonder so many travelers say they will try to avoid flying this summer.