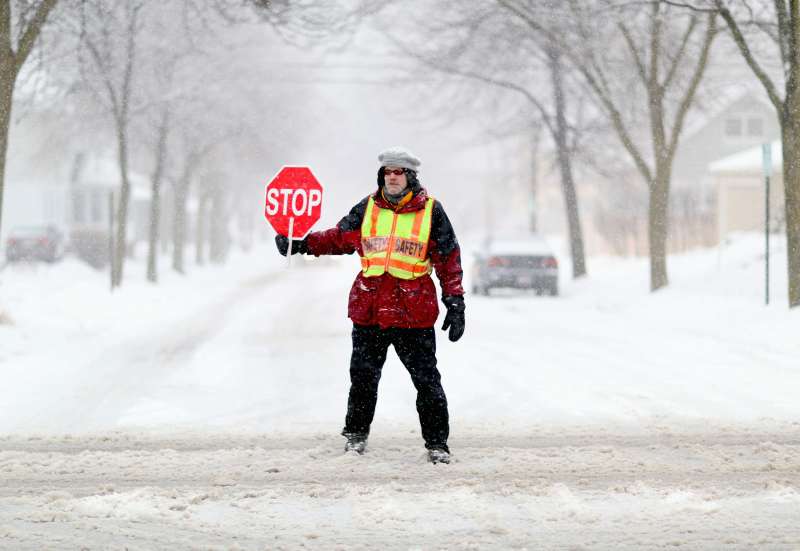 A new report from the New York Times’ Upshot section shows that many jobs traditionally dominated by one sex are steadily attracting workers from the other gender.

While women are increasingly accounting for a higher percentage of employees in prestigious fields dominated by men such as business, law, and medicine, men are more likely to be working lower-paying gigs that generally draw women, including store clerks, customer service, and textile workers. Race and wealth appear to play roles on both sides of the equation: The men most likely to find work in lower-paying “women’s” jobs are from poor, less educated minority groups, and the women shifting to higher-paying careers tend to be college-educated and white, according to the data.

The Times reported that between 2000 and 2014, “the share of women who work in stores selling products and answering customer questions fell 10 percent; the share for crossing guards and counter clerks each fell 7 percent, and for textile workers it fell 5 percent.” The data comes from a Rutgers University study that has not yet been published. Men appear to be more likely to enter these jobs because of the decline of factory work and other middle-class, male-dominated fields.

The study focused on jobs in which one sex accounted for 60% or more of all workers in 2000. Researchers determined that 27 jobs have “masculinized” or “feminized” by 2014, meaning that the percentage of one gender’s workers changed by 4% of more. And it’s the ladies, who have traditionally been underpaid and underrepresented in high-status jobs, who have been on the winning end of these trends. “Women almost uniformly moved into high-skill jobs, while men were more likely to move into low-skill, low-paying jobs,” the Times reported.

Health care, forecast to be the largest job sector in the U.S. by 2020, has seen broad increases in female workers. Women have significantly increased their representation in nearly every health care job between 2000 and 2014, with gains over 10% among dentists, optometrists, and veterinarians. At the same time, men have made only slight in-roads into some well-paid fields that have traditionally been women’s domain, with 2% increases in male nurses and high school teachers.