Give Your Investments a Midyear Checkup 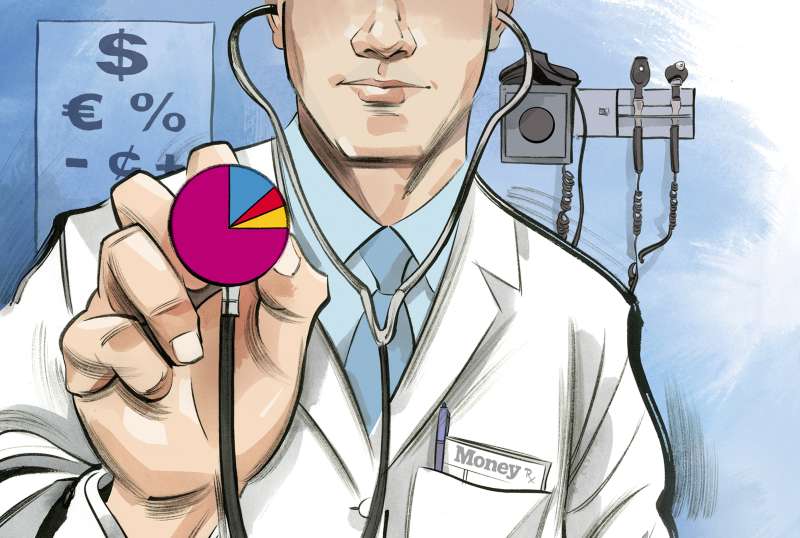 Halfway into the year, and 2015 may have already thrown you and your financial plans for a loop.

Stocks, which were supposed to slow as the bull market entered its seventh year, are back to setting all-time highs—and have gotten frothy as a result. Gas prices, which were on the verge of plunging below $2 a gallon, have reversed course and are now headed toward $3. And the job market, once on a roll, looks to have hit another speed bump.

Okay, the changes aren’t of the magnitude of what you saw in the financial crisis. But they don’t have to be to throw your financial plans off-kilter. As with your annual physical exam, the midway point of the year is a smart time to take some vitals, run some tests, and reassess your own situation. Over the coming weeks, we’ll provide you with a wealth-care checklist. First up: a review of your investments.

Ailment: Rising rates. The Federal Reserve says it could raise interest rates at any one of its upcoming meetings now—which would mark the first rate increase in nearly nine years.

Hiking rates is like stepping on the economy’s brakes. Historically, there’s an 80% chance stocks will fall by 5% or more once investors see Fed “tightening” as imminent. Moreover, bond prices move in the opposite direction of market rates, so fixed-income funds could take a hit too. When the Fed lifted rates in 1994, for instance, intermediate-term bond prices sank 11.1%.

Treatment: Don’t overreact. The natural inclination is to be überconservative. But market watchers from Warren Buffett to bond guru Bill Gross think global growth is slow enough for the Fed to be patient. And even if the central bank acts in the coming months, short-term rates are still expected to rise only about half a percentage point by year-end, according to a survey of economists by Blue Chip Economic Indicators.

Move to the middle on bonds. The traditional advice for fixed income is to “shorten up.” That is, sell funds holding long-maturity bonds and hide out in short-term debt that’s less vulnerable to price declines. But with short rates still near zero, you could be leaving a lot of money on the table, warns BlackRock portfolio manager Rick Rieder. Plus there’s no guarantee bonds will lose money. When rates rose in 2005, bond prices fell but investors earned 1% on a total return basis when factoring in yields. So instead of going all short, stick with intermediate funds like Dodge & Cox Income , whose nearly 3% yield can soften the blow from price declines.

Stay (mostly) the course with stocks. Not all pullbacks turn into bear markets. In fact, history shows most sectors keep rising six months after the Fed starts raising rates, including economically sensitive ones like technology and consumer discretionary, notes S&P Capital IQ’s Sam Stovall. That’s why Stovall says you’re better off holding on and selling equities only if you need to rebalance. In which case…

Ailment: A frothy market. Stocks are still on a roll, with blue-chip equity funds having posted 15% annual gains over the past three years, vs. 3% for intermediate bonds. What’s wrong with that? Based on 10 years of average profits, the price/earnings ratio for stocks is now above 27, where it was leading up to the Great Depression, the 2000 tech wreck, and the 2007 financial crisis. Even if there is selloff here, history says to expect meager returns over the next 10 years.

Treatment: Get back to your target weight. If you started with 60% stocks/40% bonds three years ago, you’re closer to 70% stocks now. Shift your allocation back before the market does it for you, says planner Eric Roberge.

Use the 5% rule: Don’t overmedicate, as rebalancing can trigger trading costs and taxes. So rebalance only if your mix shifted by five percentage points or more, says Francis Kinniry with Vanguard’s investment strategy group.

Think small: Since rebalancing is about selling high, unload your frothiest equities first. Over the past 15 years, small stocks have trounced the S&P 500 by four percentage points annually, and now trade above their historical 3% P/E premium to bluechip shares.

Sell American: In the past decade, U.S. stocks have outpaced foreign equities by 3.5 points a year. American shares now trade at a 15% higher P/E ratio than global stocks, even though they have historically traded at similar valuations.