Trump's Positive COVID-19 Test Is Rattling Markets. Where Are Stocks Headed Next? 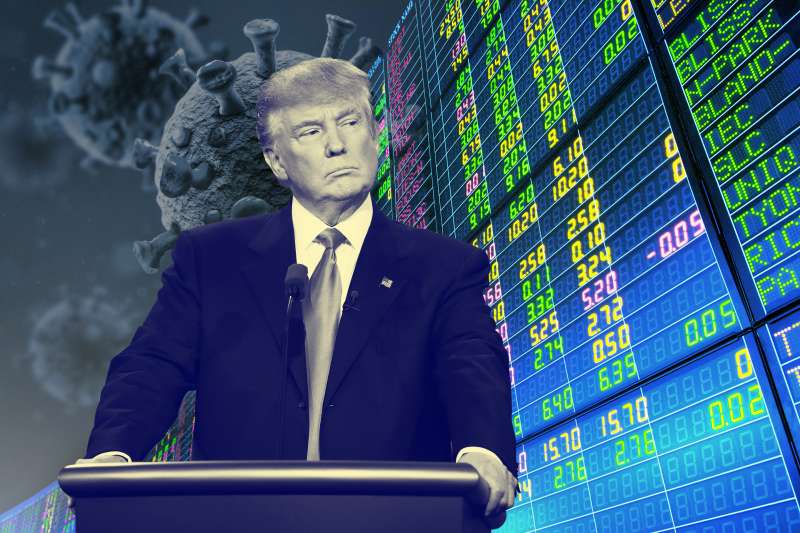 While Trump is so far said to be in good health and spirits, financial markets immediately reacted to the news, with the Dow down 0.6%, or 155 points, to 27,662 in early trading.

In addition to Trump’s COVID test, markets digested news from the Labor Department that the U.S. added 661,000 jobs in September, below the 850,000 forecast by economists polled by financial data firm Refinitiv. The report, the last expected before November’s presidential election, suggests the late summer economic recovery is slowing.

What Could Happen Next

Trump is not the first world leader to contract the disease.

U.K. Prime Minister Boris Johnson came down with COVID in late March, ultimately causing him to be hospitalized and unable to lead for a month. U.K. stocks fell more than 5% on news of Johnson’s illness, although it took place at a time when financial markets were already being riled by COVID news across the globe. U.K. stocks gradually regained lost ground as Johnson convalesced through April.

Of course, there is no guarantee that what happens next in the U.S. will follow the script in either the U.K. or Brazil. And neither country was on the eve of a major election when their leader fell ill. (How Trump’s illness will affect his chances of re-election, assuming he remains relatively healthy, is anyone’s guess.)

That said, your aim as an investor should always be to look toward the long term: Not what happens in Washington this month or next, but the prospects for the U.S. economy in three years or, better yet, 10.

In other words, while the prospect of the U.S. president contracting a dangerous and potentially deadly illness is certainly an unsettling one for the nation, as always, don’t let any fears affect your investing decisions.

The right stockbroker is a powerful asset when investing your hard-earned money.
Take the stress out of managing your portfolio with Stash. Online Stock Brokers are ready to help you now. Click below and get the ball rolling TODAY.
Start Investing

The Best Places to Live in America