Stocks Just Entered a Bear Market for the First Time in 11 Years. Your Questions, Answered 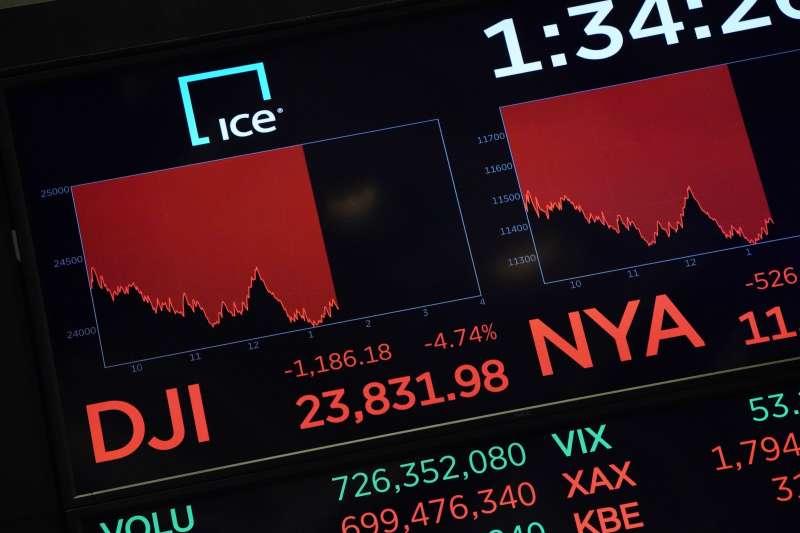 The trading numbers are displayed on the floor of the New York Stock Exchange on March 11, 2020 in New York.
BRYAN R. SMITH—AFP via Getty Images

The Dow Jones Industrial Average fell nearly 6% Wednesday. That big decline — on top of a 7% drop on Monday — meant U.S. stocks are in a bear market for the first time in more than a decade.

You can chalk the reversal up to fears of the coronavirus, and also the fact that many investors had been worrying that stock prices had climbed too high in recent months and were due for a tumble even without a deadly pandemic sweeping the globe.

If you have a 401(k) or money invested in stocks, it’s no fun to see your savings shrink. But bear markets are part of the game. One of the reasons stocks offer better long-term returns than other investments like bonds or real estate is because of their risk — while they can go up, they can also go down. Sometimes way down.

Here’s what you need to know:

Just a few weeks ago, the U.S. economy seemed to be humming along. Unemployment was low, home prices were high and companies were reporting strong 2020 profit forecasts. All that changed when COVID-19 first struck the Chinese city of Wuhan, then rapidly spread outside China.

The good news is that efforts by countries like China and South Korea have seemingly proved effective in slowing the virus’s spread. The bad news is that those efforts — shuttering factories, schools, canceling flights and more — are basically tantamount to putting an economy on hold. As the virus spreads across the U.S., many investors worry similar containment efforts will prompt a recession, which is basically a prolonged period of economic contraction.

What is a bear market?

Over time more precise definitions have emerged. A market “technically” becomes a bear market when prices drop 20% from their previous high. In the U.S. that usually means the closing price of either the Dow Jones Industrial Average or the Standard & Poor’s 500 has posted a 4 p.m. closing price 20% below the previous all-time high closing price.

(For what it’s worth, the S&P 500 closed Wednesday at 2,741, or 19% below its all-time high, so that index remained a hair outside of bear market territory.)

When was the last one?

The last bear market was 11 years ago, during the 2007-2008 financial crisis. That’s an unusually long time between bears — in fact, the longest time on record.

On average, bull markets last about 4.5 years and bear markets about a year, according to an Invesco study of bear markets back to 1957.

You can expect the stock market to get worse before it gets better. Stocks lost about 34% of their value from the previous peak, on average, in past bear markets, Invesco found.

What’s more, bear markets typically, but not always, presage a broader economic recession. That was certainly the case in 2007-2008, when stocks plunged ahead of the financial crisis, and also in 2000, when the dot-com bubble burst. But the 1987 stock market crash — the largest single-day decline in the stock market’s history — did not cause the economy to shrink.

Ultimately, what happens to the U.S. economy this time around will probably be driven by how consumers and businesses react to the spread of the deadly coronavirus, as opposed to whatever is happening on Wall Street.

What should I do?

The short answer is nothing. Investors’ best move is almost always to simply wait out down markets. If you’re older, that may mean using investments other than stocks, such as bonds or cash holdings, to fund your living expenses until stock prices return.

If you’re a younger investor, try not to think of it as a setback but rather as an opportunity. Ultimately, you’re buying stocks now in order to fund your retirement 20, 30 or even 40 years in the future.

As long as you’re buying, you might as well be pleased that prices have moderated. Don’t think of a bear market as diminishing the value of your savings — they will come back up in time. Think of it as your chance to buy stocks at a 20% discount.

Do you want to learn more about investing and the market?
A Motley Fool Stock Advisor membership is full of information and research about the market. As a bonus, it’s currently free for 30-days and a year membership is only $99.00
GET STARTED

The Stock Market Just Dropped Nearly 8%. Here’s What You Need to Do Now

Three Steps to Protect Your Retirement from Coronavirus Market Swings

A Beginner’s Guide to Weathering the Next Recession